Hendricus G. Loos has filed many patents in the US and one is US Patent 65061148. This is a patent that is intriguing as it suggests an apparatus that deals with the human nervous system manipulation through a TV or computer screen.

What has concerned the people who have found out about this patent is that the explanation of the patent states that even the weakest pulse might have an effect that is adverse on the nervous system of a human being.

Physiological effects have been observed in a human subject in response to stimulation of the skin with weak electromagnetic fields that are pulsed with certain frequencies near ½ Hz or 2.4 Hz, such as to excite a sensory resonance. Many computer monitors and TV tubes, when displaying pulsed images, emit pulsed electromagnetic fields of sufficient amplitudes to cause such excitation. It is therefore possible to manipulate the nervous system of a subject by pulsing images displayed on a nearby computer monitor or TV set. For the latter, the image pulsing may be imbedded in the program material, or it may be overlaid by modulating a video stream, either as an RF signal or as a video signal. The image displayed on a computer monitor may be pulsed effectively by a simple computer program. For certain monitors, pulsed electromagnetic fields capable of exciting sensory resonances in nearby subjects may be generated even as the displayed images are pulsed with subliminal intensity.

TV and Monitors Could Be Used To Manipulate Nervous System

According to the patent some physiological effects have been seen in humans when subjected to stimulation of their skin with electromagnetic fields that are weak and pulsed at frequencies close to ½ Hz or 2.4 Hz. It went on to suggest that many TV tubes and computer monitors emit pulsed electromagnetic fields when they are displaying images.

This means that it is possible to manipulate the nervous system of a person simply by pulsing images onto a TV or computer monitor. The patent reveals that it is possible to pulse images by embedding them into program material or by overlaying through a modulated video stream, for example through video signal or RF signal. The image could be shown on a computer monitor through a computer program that is simple.

Loos also went on to talk about the pulse variability along with the strength that the software can control and he talked about how with such as DVDs, computer monitor or videotapes it could be controlled along with it being able to be controlled remotely.

Certain monitors can emit electromagnetic field pulses that excite a sensory resonance in a nearby subject, through image pulses that are so weak as to be subliminal. This is unfortunate since it opens a way for mischievous application of the invention, whereby people are exposed unknowingly to manipulation of their nervous systems for someone else’s purposes. Such application would be unethical and is of course not advocated. It is mentioned here in order to alert the public to the possibility of covert abuse that may occur while being online, or while watching TV, a video, or a DVD.

People Could Be Subject To Abuse Unknowingly

The part that most concerns people is that some monitors are able to emit electromagnetic field pulses to excite a subject sensory resonance that is close-by despite the fact that the image pulses are weak.

This does, however, leave it open for those with more deviant ulterior motives to expose people without their knowledge and manipulate the nervous systems of people.

This would be unethical, but it was mentioned as being a possibility due to the fact that people should know about the possibility of abuse when they are browsing the internet, watching TV or a DVD.

The patent application gives many examples of the “nervous system of a subject can be manipulated through electromagnetic field pulses emitted by a nearby CRT or LCD monitor displaying images with pulsed intensity.”

The Nervous System Controls Everything in the Body

The nervous system is not something that should be messed around with as it has control over everything in the body and this includes the brain. The nervous system is basically a network of cells and nerves carrying messages to the brain and spinal cord and back to many other parts of the body.

The government in the USA has a history in undertaking experiments on humans to control their mind, and this patent would surely be something that they would be interested in. Imagine if the government was able to control the mind of people through their own TV or computer monitor?

It has been pointed out that TVs could now be doing the thinking for humans and the government could be making use of the pulse techniques to influence the thoughts, perceptions, and behavior of people. Knowing what is known about the government in the past and their history with mind control techniques, it would not be out of the question.

Are Game Consoles And Cell Phones Affecting Brainwaves Of People?

The patent raises many questions and one of them is the extent of the TV screens and computer monitors affecting the brainwaves of people. Could game consoles along with cell phones be affecting people?

Bear in mind that when turning on the Sony PlayStation there is a warning on the screen telling people to read the health information before they play their game. Research does seem to suggest that cell phone transmissions might have an effect on the brainwaves of a person to a significant extent and this can affect the behavior of the person.

Scientists have now come together to create awareness about the effects on the health of electromagnetic radiation. Scientists believe that it is linked to cancer and has even been proven to manipulate DNA.

Dr. Martin Blank started the initiative and had since been joined by scientists from around the globe. They are now appealing to the UN about the dangers associated with using cell phones and WiFi. Blank said that radiation is damaging the cells in the body and leads to premature death.

It was said that electronic devices are watching, recording and monitoring people along with having an influence on behavior, feelings, and thoughts. There is no proof right now that the government is using devices to control the minds of people but it is possible. Project MK Ultra was one project of the CIA where it was said that they used LSD to control the minds of humans.

This was just one single program, and it came to light during 1985 that the project consisted or 162 secret programs financed by the CIA and then contracted to universities and research foundations to undertake. Many of the records of the MK Ultra project have been destroyed and never seen by anyone. Perhaps mind control through TV or computer monitor played a part back then. 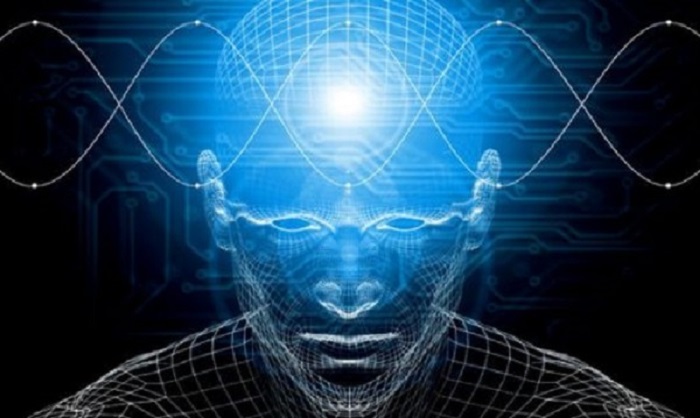 The CIA’s MK-Ultra project remains one of the most inhumane and outrageous in human history. It combines a series of experiments conducted between 1950...