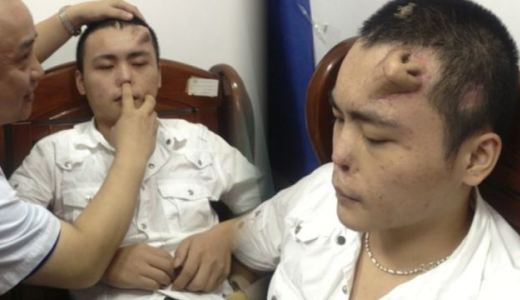 A man from China’s Fujian province has had a new nose grown on his forehead following a traffic accident last year.

The 22-year-old man suffered severe nasal trauma and his subsequent treatment caused his nasal cartilage to corrode. Surgeons came up with the idea of growing a nose on his forehead.

After nine months of growth, surgeons say that the the nose is in good shape and the transplant will be performed soon.

In this article:Forehead, grown, Nose