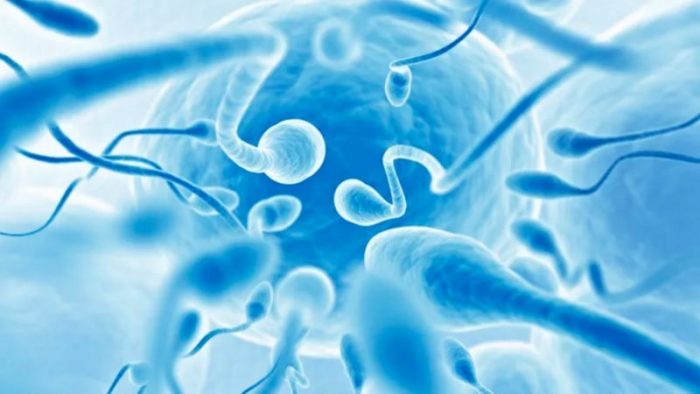 For those that are familiar with the late great Gene Roddenberry and his visionary brain child Star Trek (the original and all of its branch offs), you might recall an episode in Star Trek The Next Generation where a very similar situation was taking place on another planet. It is amazing how this guy foresaw so many of the issues of the today (for him at that time, the future).

Health experts are warning of a crisis in male fertility that they fear is making it harder for couples to conceive – a problem they say is compounded by a lack of scientific understanding.

The average sperm count has dived by 52 percent in the past four decades – while men are leaving it later and later before trying to have a child.

Yet scientists don’t know why the sperm count is falling or even whether the decline is reducing fertility – although logic suggests that it is, leading academics said today.

And while there is now evidence to show that men, like women, become less fertile with age, they know very little about when and how this happens.

In short, our understanding of the key male fertility questions has moved on very little from the 1990s, according to Professor Richard Sharpe, of the University of Edinburgh.

“We still don’t know what causes most cases of male infertility, which means we don’t have the tools to correct them,” he said. “And the flip side of that coin is that we can’t induce infertility for contraceptive purposes – we haven’t developed a new effective male contraceptive since the condom,” Professor Sharp added.

But we should know how that works and we still don’t – it’s a big black box,” said Prof Sharp. Millions of people affected It’s estimated that around 1 in 6 couples, or about 3.5 million people in the UK, are affected by infertility.

In more than half of cases, the problem lies with the male partner, for example if he has a low sperm count or his sperm are poor swimmers.

“Despite how common male fertility problems are, incredibly there’s nothing that we can prescribe, nor add to his sperm to cure it,” said Dr Sarah Martins Da Silva, of the University of Dundee.

“So couples rely on fertility treatment such as IVF which is expensive and invasive and doesn’t guarantee success,” she said.

Professor Allan Pacey, of the University of Sheffield, added: “I do think male fertility is in a bit of a crisis….the quality of evidence we’ve got in this area falls way behind that of other branches of medicine and that’s something that we need to change.”

Normal sperm densities range between 15 to 200 million per millilitre, with anything less than that regarded as low, making it potentially much more difficult to conceive naturally.