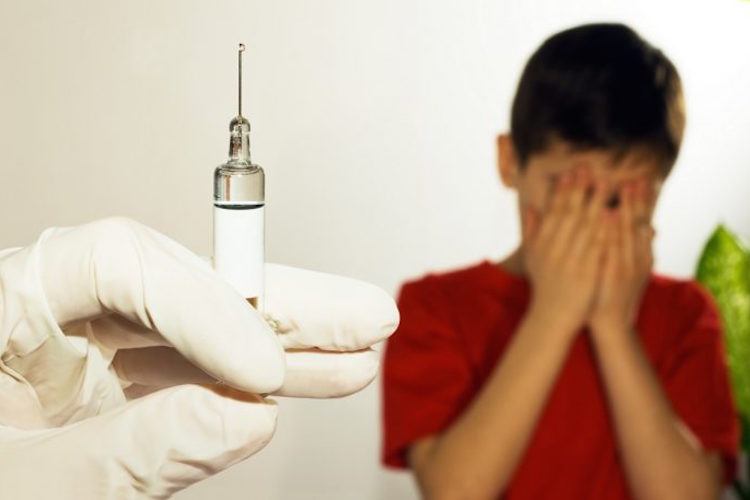 Since the beginning of the year, the Free Thought Project has been reporting on the hysteria associated with the measles outbreak and the subsequent loss of liberties and police state crackdown that’s ensued. We’ve seen children banned from public spaces,mandatory vaccinations, and a pro-vaccine push in the mainstream media like we’ve never seen before. Now, the pro-mandatory vaccine push has reached a new level, as the Washington Post published an article calling for the arrest of those who choose not to vaccinate.

As TFTP reported at the end of March, in one of the most shocking moves to date over the 2019 measles outbreak, Rockland County officials declared a state of emergency and effectively banned any child under the age of 18, who had not received the MMR vaccine, from all public spaces. Then, last month, officials took it one step further and ordered mandatory vaccinations for multiple New York zip codes. Those who try to resist getting the shots are being fined.

While this may sound like an insane police state forcing people to undergo medical procedures against their will to many people, to others, it is utopia.

In the Washington Post this week, Juliette Kayyem took to the platform to advocate for fining and arresting people who choose not to vaccinate.

“With more than 700 reported (measles) cases confirmed in 22 states, it is now a public safety crisis, and the tools of public safety — arrests, fines, isolation — are absolutely necessary,” this would-be tyrant wrote.

Kayyem referred to those who choose not to vaccinate as “pro-plague” and “free riders” who “are putting my children and our communities at risk.”

While this sort of police state talk could be easily dismissed as hysteria from some babbling fool, Kayyem is not some random babbling fool. She is the former assistant secretary at the Department of Homeland Security.

That’s right, this person — who worked for DHS and could very well pull strings to get her sick desire to force medicate society carried out — is advocating for people to be rounded up and thrown in jail for abstaining from vaccines. This is utter dystopian insanity.

According to Kayyem, the some 700 cases of measles in the United States — which have not killed a single person — is a “crisis” worthy of ushering in a Hitleresque-style medical police state like we’ve never seen.

To deter those who think this article is some “rabid anti-vaxxer nonsense” it is important to point out that TFTP is not anti-vaccine at all. We are merely pro-vaccine safety and pro informed consent.

And this tyranny is already happening. Currently, families who are refusing the forced MMR vaccinations in New York are being hit with fines totaling thousands of dollars.

The hysteria over this measles outbreak borderlines on insanity as measles is not even on the list of federally quarantinable diseases. Yet quarantines are already happening and this crazed woman is calling for arrests.

Furthermore, though 90,000 people die around the world from measles every year, according to the World Health Organization, malnutrition, especially vitamin A deficiency is the primary cause of death in those cases. In fact, 75-92% of measles hospitalizations in the United States are also due to vitamin A deficiency.

Even the CDC admits that before the measles mass vaccination program was introduced, nearly everyone contracted measles and obtained lifetime immunity by age 15.

According to Physicians for Informed Consent, in the modern era, it is rare to suffer permanent disability or death from measles in the United States. Between 1900 and 1963, the mortality rate of measles dropped from 13.3 per 100,000 to 0.2 per 100,000 in the population, due to advancements in living conditions, nutrition, and health care—a 98% decline—not the vaccine. This is illustrated in the figure below.

Yet still, government is tracking down those who haven’t received the measles vaccine and forcing them to take it, threatening their very freedom if they refuse.

To reiterate once more, no one here is advocating “antivaxxer” information. TFTP is simply questioning the government forcing medical procedures on citizens without their consent and advocating for the arrest of those who refuse.

As TFTP has previously reported, although some studies do link unvaccinated people to measles cases, according to multiple other studies, the MMR vaccine is likely worse than getting measles.

In 2017, the Physicians for Informed Consent (PIC) reported in the British Medical Journal that every year, approximately 5,700 U.S. children suffer from seizures as a direct result of the measles, mumps, and rubella (MMR) vaccine.

“In the United States, measles is generally a benign, short-term viral infection; 99.99% of measles cases fully recover,” said Dr. Shira Miller, PIC president and founder. “As it has not been proven that the MMR vaccine is safer than measles, there is insufficient evidence to demonstrate that mandatory measles mass vaccination results in a net public health benefit in the United States.”

While there is a risk of seizure from contracting measles, according to the data, the risk of developing seizures from the vaccine to combat measles is five times higher.

What’s more, the seizures from the MMR vaccine are far worse, according to the study, and can cause permanent harm.

“For example, 5% of febrile seizures result in epilepsy, a chronic brain disorder that leads to recurring seizures. Annually, about 300 MMR-vaccine seizures (5% of 5,700) will lead to epilepsy,” PIC points out.

Now, as the government rounds people up and forces them to take this vaccine for a non-life-threatening virus, according to the CDC’s own data, children will undoubtedly be injured in this process. To those who resist out of fear it may harm their child or religious beliefs, the former assistant secretary at the Department of Homeland Security and the Washington Post think you need to be rounded up and thrown in cages.

**This article (Mainstream Media Now Calling for the Arrest of “Antivaxxers”) was originally featured at The Free Thought Project and is re-posted here with permission.**

In this article:measles-related deaths, MMR vaccinations