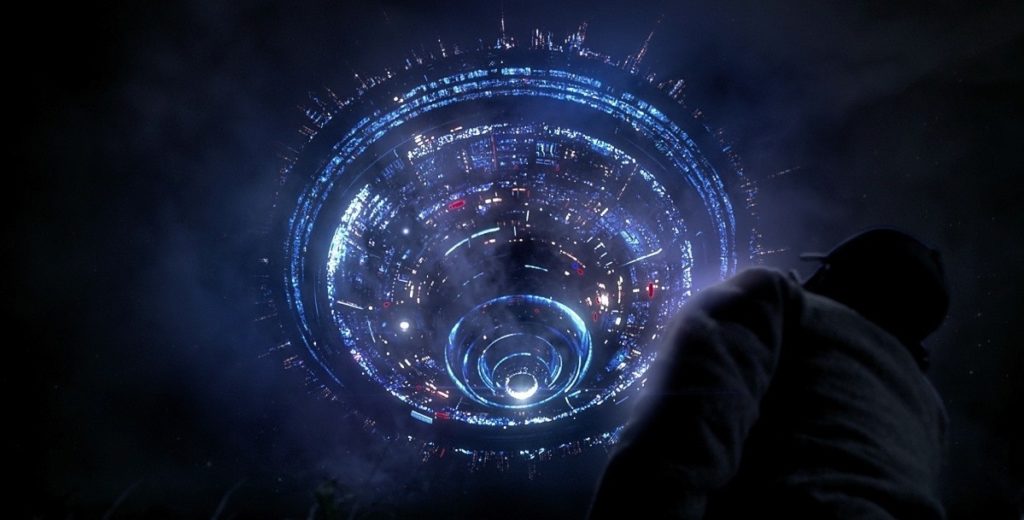 One of the most common type of UFO observed recently are the so-called “luminospheres” – hefty round objects that hang over cities like huge bulbs. As a rule, they are motionless and located at a low altitude within a few miles:

No one has yet been able to see how objects look from close, however, all ufologists have long been tormented by the question: how do these things look in daylight?

Without knowing the distance to the object, it is difficult to estimate its size, but there are at least several tens of feet there. Ufologists now are pulling out videos from each other, therefore, after two or three days, one of the Parisians will probably make a reference to the terrain and accurately determine the distance to the object. In this case, it will be possible to calculate its approximate dimensions.

Nevertheless, it is clear that they are some kind of extra terrestrials and we all well know that there are quite a lot of these things around and they are already annoying. Why?

In the 1960s, American ethologist John B. Calhoun created a very interesting experiment with rats, which is called ‘the Behavioral sink‘.

The essence of the experiment was to built a small community for rats, where the rats did not need to run through the maze for food, but everything was distributed for free. The only thing the residents of the utopian paradise were limited to, was ordered to live strictly within a multi-story cube of about 4×4 meters in size:

A town built for rodents (first for rats, then for mice) was designed for a rather large population of several thousand individuals, which implied rampant reproduction and the path to utopia throughout the world. However, to the surprise of the researcher, by restricting the space of the rats, they started to become crazy.

So, at a certain stage of population growth (and while the overpopulation of the ‘community’ was still very far away), rats suddenly switched to homosexualism, and if someone accidentally copulated somewhere as nature orders, young cubs were born with physical defects and died.

Meanwhile, some of the males turned alphas and began to eat only their own kind – without recognizing the feeder. But what most of all surprised the researcher – despite the abundance of empty space, the alphas began to pull their prey into their “territory”.

That is, they chose some kind of ‘box’, drove their females there and slept curled up at the entrance and if a guest appeared there, then it was perceived by the inhabitants of the ‘box’ as fresh food.

In general, much has been written about this experiment and animal rights activists even went to protesting rallies. However, now that the cities are under quarantine, when in Europe in these cities there is a distribution of free food, and some kind of aliens hang over the cities – for some reason the same “behavioral sink” comes to mind. So, we don’t even know who arranged these “quarantines” and how they will end.