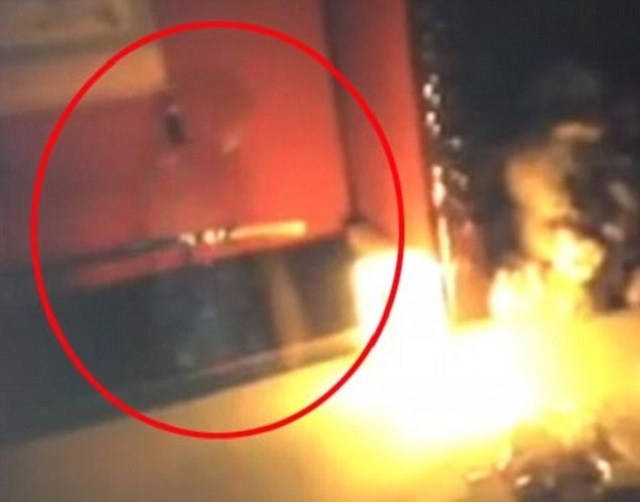 Known as Zashiki-warashi, these ghostly entities appear at some point around certain people.

Also known as yokai or supernatural spirits, they are considered not threatening but instead a sign or symbol of luck and good fortune in Japanese culture.

A video was taken by one Japanese man, who allegedly captured one of these very spirits. The video however appears to be too good. This has led many to speculate that this is another fake. Likely this spirit is a young child, being recorded from a screen. Their reflection, gives the illusion of transparency as they walk across the room.

It is believed that if someone offends a Zashiki-warashi, then they will bring forth misfortune to your life. They are best described as have longer hair, that hangs down around their face. They have the appearance of a young child, around 6 years old. At most, they might be as old as 15 years, but it is more common to see a younger one by appearance.

Either someone will see a male or female looking spirit such as this. Their hairstyles can vary with them having a bob haircut or very short cropped hair. The male spirits, tend to have darker clothes on while the females have lighter clothes.

Tales of both a boy and girl spirit such as these, have been reported to share territory within the very same location. Stories of them resembling a black beastly figure have been mentioned as well. Others have seen them resembling that of a warrior.

Mostly origins of these spirits, have been mentioned in the Tohoku area, particularly within Iwate Prefecture. One mustn’t be afraid of such a spirit, as they are not deemed to be evil. Their name in translation means “parlor child” in Japanese.

For those who have basked in the presence of such an entity, they likely will have good fortune in their life and those around them. Seeing a Zashiki-warashi can be a fortuitous sign.

Sometimes these spirits like to tease people with their mischievous ways. This is reminiscent of brownies or fairies in folklore, as they have been known to do the same. These spirits of luck are a mystery and people hope to prove their existence. Maybe this video actually captured one of these on video.

Advertisement. Scroll to continue reading.
In this article:supernatural spirits, Zashiki-warashi