The cities of Los Angeles and Chicago are taking a big step toward ending the damage caused from the war on drugs by getting ready to expunge nearly 70,000 non-violent marijuana convictions from citizen’s criminal records.

Kim Foxx, Cook County’s State Attorney in Chicago, is preparing to eliminate misdemeanor convictions of close to 18,000 residents which she argues will help mostly racial minorities get back into the housing and job markets, whereas having these cannabis crimes on their record sets up a barrier between them and these life essentials.

The city of Los Angeles has also declared that they will be expunging or lessening the severity of non-violent cannabis offenses for around 50,000 residents. The crimes they intend to clear involve not only cannabis possession, but selling, cultivating, and transporting as well.

“We are undoing the harm prosecutors have caused … Folks are going to be making billions of dollars on this, selling it by the metric ton, on the backs of communities that were devastated by the war on drugs. Is that fair? No.” – Kim Foxx

This expungement of misdemeanor marijuana crimes is not exclusive to Los Angeles or Chicago, and rides on the back of the now eleven states and the District of Columbia which have legalized marijuana for recreational use either by referendum or their state legislature.

Illinois, California, and New York have all passed laws mandating the automatic expungement of low-level cannabis crimes such as possession, with an additional twelve enacting laws that allow citizens to request expungement on an individual basis.

In this year of 2019, the state of Illinois became the eleventh state in the union to legalize recreational cannabis. Starting in 2020, HB 1438 will not only end the state’s prohibition on marijuana to use over age twenty-one, but also sets up the entire state to expunge 770,000 individuals of their criminal records relating to small-scale marijuana possession.

However, some argue that blanket expungement, or the indiscriminate sealing of records and de facto erasure in the eyes of the law, will empower drug offenders with other related convictions that include violence or an involvement with gangs.

“These are people who were convicted of making a decision to break the law … We’re going down a very slippery slope when we allow people to choose what laws they want to respect and obey, and which ones they don’t.” – Bob Bushman, president of the National Narcotic Officers’ Assns.’ Coalition.

But others argue that manual expungement is too costly and time consuming, both for the state and for individuals convicted of crimes. Other states that have begun expungement include Washington under governor Jay Inslee, and Hawaii under governor David Ige, although Ige did not sign nor veto the bill.

“It’s truly the gateway conviction,” says Kim Foxx. She argues that small-scale, nonviolent marijuana convictions lead to a lesser ability to obtain jobs and housing, causing many to resort to crime just to get a roof over their heads and food on the table.

“Our clients often have very complicated records. And marijuana is often the first conviction and then they can’t get jobs or housing, and then there are more convictions … Automatic expungement is a very good first step.” – Regina Hernandez, lawyer for Legal Aid Chicago

Kim Foxx’s childhood story best exemplifies that point that low-level nonviolent drug laws are not only an assault on our personal rights but have far more potential for harm than good.

“She told me it leveled her out,” Foxx said, speaking of her mother who used cannabis to treat crippling bipolar disorder. “She never was arrested for it, but if she had been, we could have lost our housing. The idea she could have been considered a criminal is absurd. She wasn’t out there hurting people.”

Phillip Schneider is a student as well as a staff writer and assistant editor for Waking Times. If you would like to see more of his work, you can visit his website, or follow him on the free speech social network Minds.

Advertisement. Scroll to continue reading.
In this article:marijuana convictions, War On Drugs 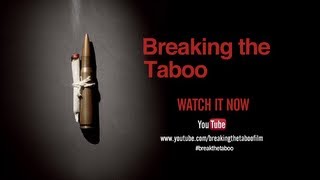 Watch ‘Breaking the Taboo’: Ending the UN’s War on Drugs

Got an hour to kill? Watch Breaking the Taboo, a documentary about the global war on drugs. It’s awfully persuasive, but that may be...