The anniversary of the Great Fire Of London was yesterday, and now, cars are melting in the street opposite where the deadly blaze was sparked.

In scenes that would not be amiss in a Ghostbusters movie, bright light reflecting from the unfinished “Walkie-Talkie” building in the City of London is so intense it has melted part of a Jaguar, according to reports.

There’s something strange in the neighbourhood. So who should we call?

London’s foremost expert in all things spooky, Richard Jones, of course, who has described the mysterious incident as “uncanny.”

Richard, who has been conducting London tours since 1982 , said it was an extraordinary coincidence the Walkie Talkie building, so-called for its distinctive shape, is just across the road from where the Great Fire of London began. 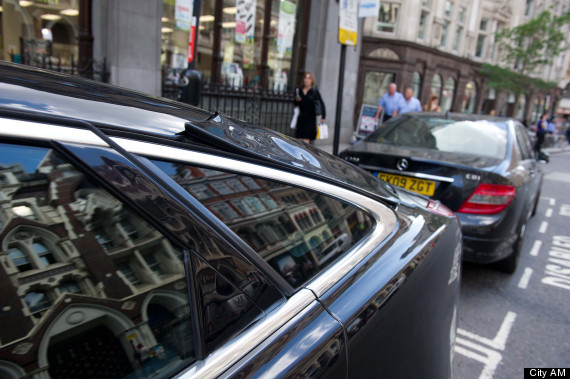 The heat reflected from the dazzling 20 Fenchurch Street building appears to have melted the Jaguar of Martin Lindsay.

“Where the car was parked, on Eastcheap, is directly opposite Pudding Lane – the location of Thomas Farriner’s bakery where the Great Fire of London began” Richard said.

“It’s a wonderful, quirky coincidence. Of all the buildings going up in London, the one that is melting cars is right across the way from where the Great Fire began.”

When the Great Fire broke out in 1666 a lot of people thought the date had “the mark of the devil,” Richard said.

So could it be the vengeful spirits of the blaze have come back to wreck their vengeance and set the city ablaze once again?

Probably not, but the incident has sparked an investigation into the glare from the skyscraper, which is still under construction.

Richard added that the area near the incident is such a haunted historical hotspot, it could be any number of ghostly happenings.

Right next to the Walkie Talkie building there once stood a “curious” building with a “sinister story,” Richard said – which is now a Cafe Nero coffee shop.

The tale goes, Richard explained, that in the Victorian era two workmen got into a row after accusing each other of stealing their lunch.

In the chaos of the fight the two workmen plummeted to their death from the top of the building, he said.

The building now has two brown mice carved into the stonework – the true culprits responsible for the stolen lunches.

Meanwhile, in a joint statement, developers Land Securities and Canary Wharf, have said , as a precautionary measure, the City of London has agreed to suspend three parking bays in the area which may be affected until the mysterious incident is solved.