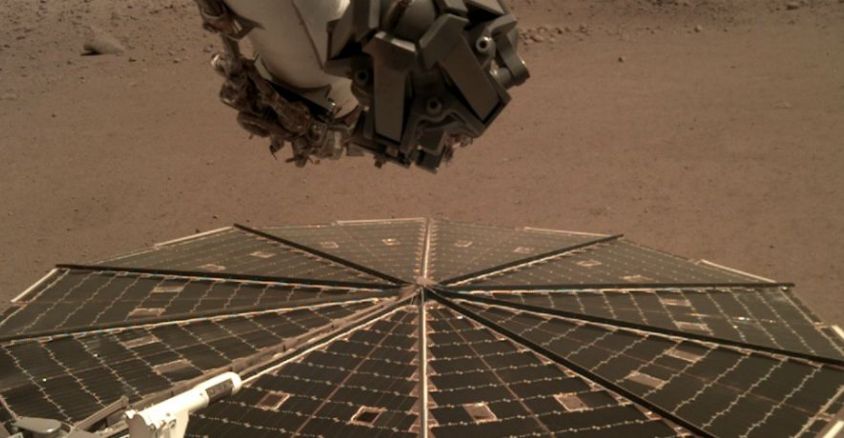 Humans have never before heard the sound of wind on Mars until now!

We’ve seen countless images of Mars taken throughout the years. And while I must admit that personally, I find Mars a beautiful planet, I have always wondered what the sound of Mars is.

Imagine yourself standing on the Martian surface, being able to breathe, survie, and hear the wind. The noise. Mars is alive.

And now, NASA’s InSight lander, which recently touched down on the Martian surface has given us another opportunity to fall in love with the red planet.

The lander has managed to record the sound of a Martian ‘dust devil’ during its first working days on the red planet’s surface.

According to the space agency, this is the first time ever we actually heard what Martian winds sound like.

The sensors onboard the InSight lander detected winds blowing between 10 to 15 mph, coming from northwest to southeast. The best part? The recording is in the range of human hearing, which means that for the first time ever, we can hear what Mars sounds like.

InSight recorded the audio on December 1. NASA explains that the vibrations were picked up at a very low pitch, although the sound can still be heard.

But to make it clearer, NASA decided to boost the pitch by two octaves, which allows you to hear the Martian wind on your mobile phone, tablet or computer. 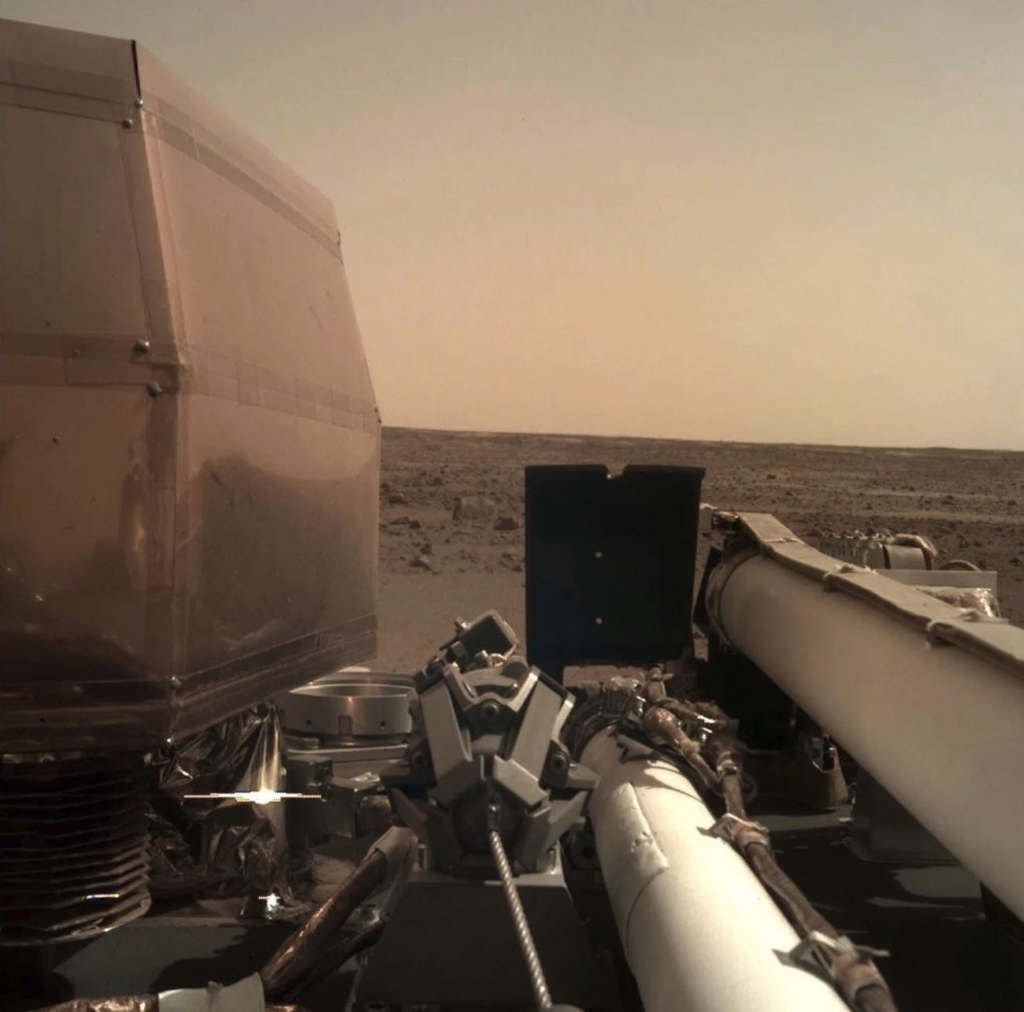 NASA’s InSight Mars lander captured this view of its surroundings shortly after touching down on the Red Planet on Nov. 26, 2018. Image Credit: NASA/JPL-Caltech via Twitter
NASA’s newest Martian lander detected wind vibrations using two of its sensors: one designed to specifically measure air pressure, and with a seismometer on the deck.

Bruce Banerdt, InSight principal investigator at NASA’s Jet Propulsion Lab said that while InSight didn’t set out to record Martian wind, its a nice addition to the mission.

“Capturing this audio was an unplanned treat,” he said. “But one of the things our mission is dedicated to is measuring motion on Mars, and naturally, that includes motion caused by sound waves.”

“Hearing the first sounds ever recorded on the surface of another planet is a privilege. We have a great team, and we’re doing incredible things every day at NASA,” NASA administrator Jim Bridenstine said.

BREAKING: Humans have never before heard the sound of wind on Mars until now! Listen to #SoundsOfMars as recorded by @NASAInSight as Martian winds swept over our lander. Best with headphones or a subwoofer. https://t.co/VreQxcAnAM pic.twitter.com/yd98NgZgR3

As explained by NASA, the audio was recorded by two different instruments in two entirely different ways.

Insight’s seismometer recorded the vibrations that were produced as the wind passed over the landers solar panels.

“The solar panels on the lander’s sides respond to pressure fluctuations of the wind. It’s like InSight is cupping its ears and hearing the Mars wind beating on it. When we looked at the direction of the lander vibrations coming from the solar panels, it matches the expected wind direction at our landing site.”