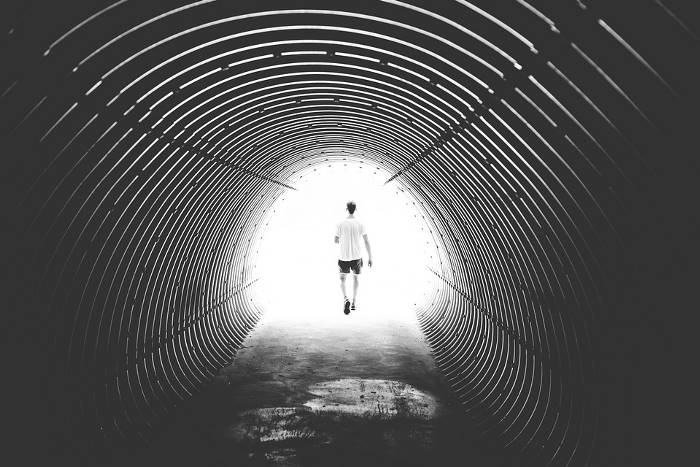 A British psychologist voiced his point of view on pre-death visions in humans and why they appear.

In an article published on Science Alert, Steve Taylor, a senior professor of psychology at Beckett University in Lida in the UK, gives interesting examples of near-death visions in different people and tries to understand why such phenomena occur.

At the age of 16, Tony Kofi, a resident of Nottingham, fell from the third floor of the building. Time seemed to slow down, and he saw a complex series of images flash before his eyes.

“In my mind’s eye I saw many, many things: children that I hadn’t even had yet, friends that I had never seen but are now my friends. The thing that really stuck in my mind was playing an instrument” he says. Then he landed on his head and lost consciousness.

When he woke up in the hospital, he felt like a different person and did not want to return to his former life. Over the next few weeks, resentments surfaced in his head again and again. He felt that he was being “shown” something and that the images represented his future.

Tony later saw an image of a saxophone and recognized in it the instrument he was playing in his vision. And he decided to buy it. Now Tony Kofi, one of Britain’s most successful jazz musicians, has twice won the BBC Jazz Awards in 2005 and 2008.

“While Tony’s belief that he saw his future is unusual, people often report seeing their past in a split second during emergencies. Hence the phrase ‘my life flashed before my eyes,’” Taylor said.

“But what explains this phenomenon? Psychologists have offered a number of explanations, but I would say that the key to understanding Tony’s experience lies in a different interpretation of time itself,” the scientist says.

Life has been reported for more than a century. In 1892, the Swiss geologist Albert Heim fell off a cliff while climbing a mountain. In his account of the fall, he wrote that “as if on a distant stage all my past life was shown in parts.”

In July 2005, a young woman named Hill Hicks was near one of the bombs that exploded in the London Underground. A few minutes after the accident, she was in a state of death, and here is how she describes it: “My life passed before my eyes, every happy and sad moment, everything I ever did, said I experienced.”

In some cases, people do not see their whole lives, but a series of events that are of particular importance to them.

“The ‘life before death’ phenomenon has hardly been studied. Several theories have been put forward, but they are all quite vague,” Taylor says.

For example, in 2017, a group of Israeli scientists suggested that the events of our lives may exist in our minds as a continuum and come to the fore in extreme conditions of psychological and physiological stress.

Another theory is that when we are in a pre-death state, our memories suddenly appear, which may be due to “deceleration of the cerebral cortex” – a violation of normal regulatory processes in the brain – in very stressful situations that cause a “cascade” “imaginary impressions.

But the review of life before death is usually described as a normal and orderly experience, not at all like the chaotic cascade of experiences associated with the deceleration of the cerebral cortex. And none of these theories explain how such a huge amount of information can manifest itself in a matter of seconds, the scientist says.

An alternative explanation is to think of time in a “spatial” sense. Our rational view of time is an arrow moving from the past through the present to the future, in which we have only direct access to the present. But modern physics has questioned this simple a linear view of time, ” Taylor says.

Since Einstein’s theory of relativity, some physicists have taken a “spatial” view of time. They claim that we live in a static “block universe”, where time is distributed in the form of a panorama in which the past, present and future coexist simultaneously.

The modern physicist Carlo Rovelli also holds the view that linear time does not exist as a universal fact. This idea reflects the point of view of the philosopher Immanuel Kant, who argued that time is not an objectively real phenomenon, but a construction of the human mind.

“This may explain why some people can instantly see the events of a lifetime. Many previous studies, including my own, have shown that our normal perception of time is simply a product of our normal state of consciousness,” the scientist says.

In many altered states of consciousness, time slows down so sharply that seconds turn into minutes. This usually happens during emergencies that happen to a person.

But what about Tony Kofi’s visions of his future? Did he really see scenes from his future life? Did he see himself playing the saxophone because somehow his future as a musician had already been determined?

“Obviously, there are some mundane explanations for Tony’s visions. Maybe, for example, he became a saxophonist simply because he saw himself playing on it in his vision. But I don’t think Tony could look into the future,” the psychologist says.

“If time really exists in a spatial sense, and if it’s true that time is a construction of the human mind, then perhaps in some way future events may already be present, just as the past is present in our memory,” Taylor says.

“It’s very difficult to understand. But why should everything make sense to us? As I recently wrote in my book, there must be some aspects of reality that are beyond our comprehension. After all, we are just animals with limited awareness of reality. And, apparently, more than any other phenomenon, this is especially true of time, ” the psychologist says.

Advertisement. Scroll to continue reading.
In this article:Consciousness, Near-Death Visions