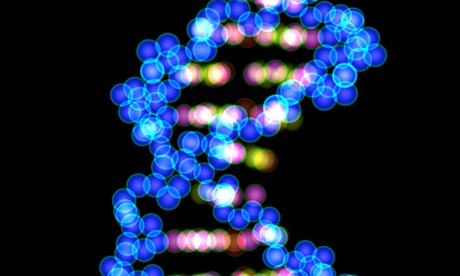 Scientists now believe that over 90% of our DNA may be little more than ‘biological baggage.’

More than 90% of human DNA is doing nothing very useful, and large stretches may be no more than biological baggage that has built up over years of evolution, Oxford researchers claim.

The scientists arrived at the figure after comparing the human genome with the genetic makeup of other mammals, ranging from dogs and mice to rhinos and horses.

The researchers looked for sections of DNA that humans shared with the other animals, which split from our lineage at different points in history. When DNA is shared and conserved across species, it suggests that it does something valuable.

Gerton Lunter, a senior scientist on the team, said that based on the comparisons, 8.2% of human DNA was “functional”, meaning that it played an important enough role to be conserved by evolution.

“Scientifically speaking, we have no evidence that 92% of our genome is contributing to our biology at all,” Lunter told the Guardian.

Researchers have known for some time that only 1% of human DNA is held in genes that are used to make crucial proteins to keep cells – and bodies – alive and healthy. The latest study, reported in the journal Plos Genetics, suggests that a further 7% of human DNA is equally vital, regulating where, when, and how genes are expressed.

But if much of our DNA is so worthless, why do we still carry it around? “It’s not true that nature is parsimonious in terms of needing a small genome. Wheat has a much larger genome than we do,” Lunter said. “We haven’t been designed. We’ve evolved and that’s a messy process. This other DNA really is just filler. It’s not garbage. It might come in useful one day. But it’s not a burden.”

Some of our DNA is left over from ancient viruses that inserted their genetic material into our DNA – or our ancestors DNA – and got mutated to pieces over millennia of evolution. Some still have the ability to jump around in our genomes, adding to the filler as they do so, but are so crippled they cannot break out.

Though 8.2% seems a small portion of DNA to call functional, the meaning of the word is very specific. In the Oxford study, DNA is “functional” if it affects our reproductive fitness.

But other scientists take a broader view of what it means for DNA to be functional. Most of the 92% that Lunter’s group says is not functional DNA is still active in some way in the body.

“Many [DNA] elements that play important roles in human disease are not evolutionarily conserved. Some of these have human-specific functions, some are involved in late-onset diseases like Alzheimer’s, and others are simply missed by current comparative genomics methods,” said Manolis Kellis, a computational biologist at MIT who was not involved in the study. “We cannot simply ignore the remaining 90% of the genome that is not evolutionarily conserved.”

“Evolution can tell you whether something is important or not important, but it doesn’t tell you what that something actually does,” he added.