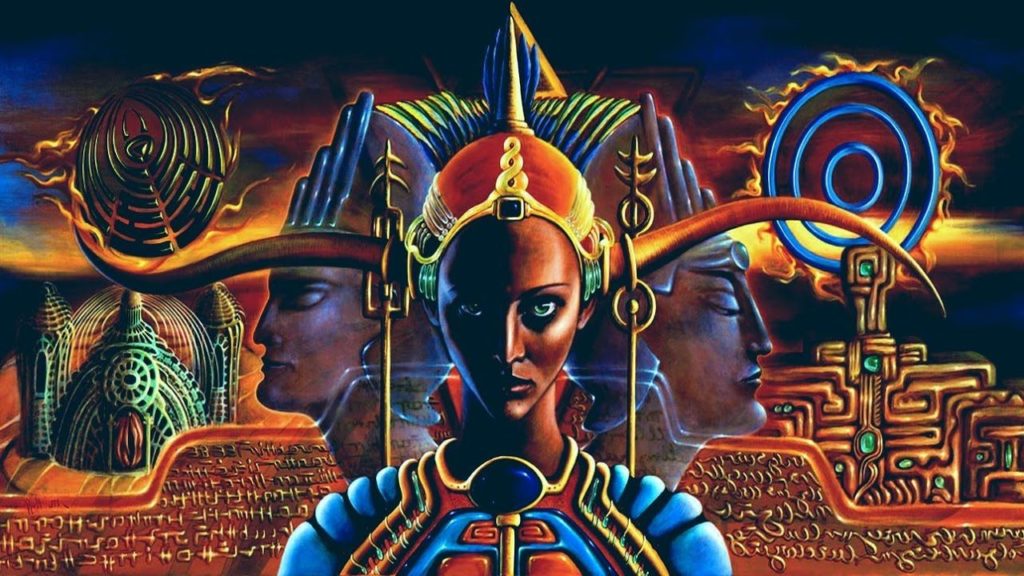 There are no clear records about the beginnings of humanity. The history dates back to the Sumerian era, but signs of much older civilizations have been found … Is the existence of Lemuria and Atlantis possible?

In 1912, Alfred Wagner, a renowned German meteorologist and geophysicist proposed the existence of two lost continents: Lemuria and Atlantis. These two land masses would have formed part of the 5 major continents today, however, sank in the sea.

Lemuria and Atlantis: the lost continents

It is believed that Lemuria was a continent located in the Indian Ocean which was covered by the sea, thousands of years ago. In the nineteenth century it was named by French scientists investigating the existence of the lost land.

It is believed that it was a huge continent, before Africa and, even, Atlantis, and that sank due to a great earthquake.

Lemuria was made up of South Africa, Madagascar, Sri Lanka, India, Maldives, Australia and New Zealand.

The most accepted theory about Lemuria was the one proposed by the University of Oslo, which suggested that the remains of a gigantic continent are confirmed with the Mauritia’s microcontinent, formed by India and Madagascar millions of years ago.

On the other hand, Atlantis is a big island mentioned in the dialogues of Timaeus and Critias, written by Plato, which has generated a lot of theories.

Some experts and researchers have concluded that Plato’s account raises impossible information and data, although its existence is still not completely ruled out by science since there is evidence of a natural disaster in areas where it is believed could exist.

Historians place it in the Mediterranean Sea or in the Atlantic Ocean and it was a unique formation that did not include current locations.

Approximately in the year 14,000 BC, until 12,000 BC, the world saw the establishment of what would be the first generation of humanity

These beings would have lived on the continent of Lemuria, being subsequently known as ‘lemurians’, some humans with great spiritual power and unique technology.

It is believed that the Lemurians were able to reach the Fifth Dimension, being able to move from the Third to the Fifth at will, something that none has been able to achieve.

According to the study of this ancient civilization, this was possible thanks to the frequency reached through the energies of their hearts.

This civilization was known by other inhabitants as the ‘Snake beings’, due to a unique feature in their eyeballs that gave them the appearance of a reptile.

In fact, it is believed that they were a mix of races that came from Sirius, Alfa Centauri and other planets that settled in Lemuria and mixed together, forming the first civilization.

It is believed that the Lemurians had reached a degree of evolution so high that Lemuria was a kind of Terrenal paradise.

However, approximately in the year 8000 B.C., another culture was born: the Atlantes, coming from the island of Atlantis.

Their civilization was equally advanced technologically and culturally, the Lemurians, however, had two essential differences: the first was their physique. Unlike the former, the Atlanteans were beings of great size and physical portent. The second difference was thei ambition.

The War between Lemuria and Atlantis

For hundreds of years, both cultures lived normally, sharing the domain of the planet without any problem. However, the ambition of the Atlanteans would be a fundamental factor for this relationship to be broken.

The Lemurians had the philosophy that the rest of civilizations of the world should reach their evolution by themselves, without any intervention.

On the other hand, the Atlantes wanted to dominate the other civilizations since they believed that these, being less evolved, should be under the domain of the two most advanced.

Tensions between the two lands were escalating until a great and inevitable war started.

In Lemuria there was no talk of war, the Atlanteans were warriors. Lemurians knew that starting a war would mean the end of humanity. However, it was inevitable.

A series of wars took place throughout the world. According to researchers, this battle was of nuclear character and at the end of it, there were no winners.

A highly advanced civilization was reduced to its lowest level, until they realized that they were at the edge to ruin themselves, but the damage was already done.

As Lemuria sank in the waters, Atlantis began to shake, losing territory at great speed until, 200 years later, it disappeared completely.

However, for 2000 continuous years, the Earth suffered the consequences from the war; the weather, which was initially calm, had changed forever, becoming unpredictable.

The lands that did not sink were fragmented and for a fairly long period, the light of the Sun did not fall again on the planet, turning it cold, thus destroying hundreds of ecosystems where neither animals nor plants could live.

The reason why there is not much information about these two continents is simple; civilization did a restart after the war.

Whole towns were razed and the few that survived had to endure a new world that led them to live in extreme, very hard conditions.

Hunger, inhospitable weather conditions and diseases led humanity to suffer drastic changes in their way of life and they derived to the involution of the race itself.

The human species went from measuring between 3 and 3.5 meters tall, to barely overcome 1.8 meters, on average. In addition, the lack of nutrients and extreme weather, deteriorated the body, which made them more vulnerable to diseases.

Those and other reasons led humanity to forget what it once was, concentrating in living day by day and survive

However, while humanity evolves once more and as long as it goes the right way, all the features it once had will return.

As we mentioned at the beginning, the inhabitants of Lemuria had the ability to reach the Fifth Dimension at will.

For that reason it is believed that Lemuria still exists between the Fourth and Fifth Dimension, so most of humanity still can’t see it since our vision and perception is only three-dimensional.

While the human being continues its evolution, that mantle that keeps it blinded will fall, revealing the answers to all mysteries of our universe and returning to the harmony in which we live in the past.

This theory continues without a solid base as there are many unfilled plot gaps. However, small evidence has been found in ancient cultures that suggest the existence of a possible previous civilization and, in fact, that is one of the reasons why science has not been able to rule out its existence.

Advertisement. Scroll to continue reading.
In this article:Atlantis and Lemuria, origins of our civilization 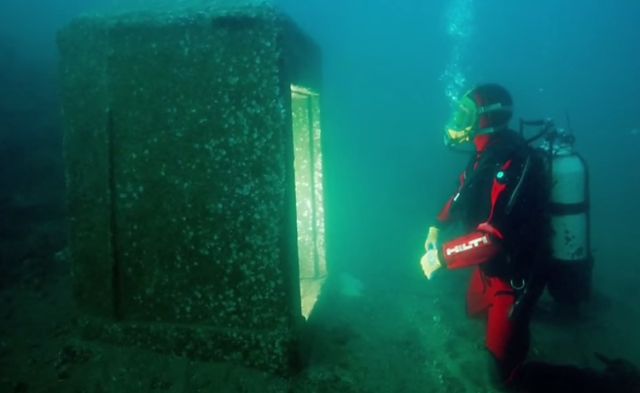 A wealth of human history lies submerged in ancient cities at the bottoms of lakes, seas and oceans of the world. Some of these...