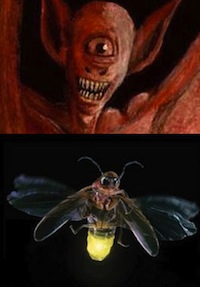 The legendary monsters series continues with some scary stories from Africa. There are so many nations and discrete communities in Africa that the problem here was not finding the legendary stories, but whittling down the list to a manageable number. 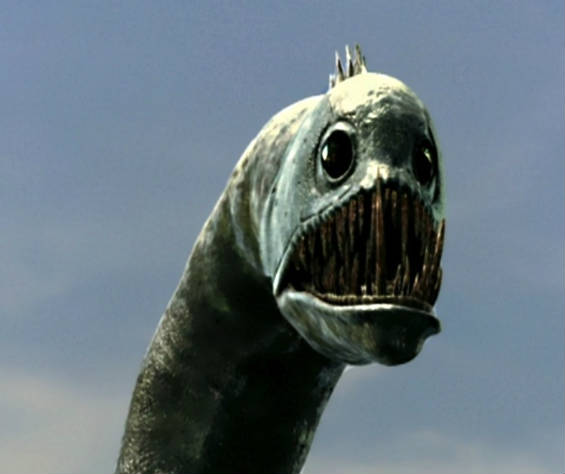 The Inkanyamba is a huge carnivorous eel-like animal in the legends of the Zulu and Xhosa people of South Africa. The ancient legends say Inkanyambas can control the weather. They are said to have fins and/or flippers and grow to tremendous size. There are actually freshwater eels abundant in South Africa that grow to around six feet long, but that pales in comparison to the stories of the Inkanyamba. 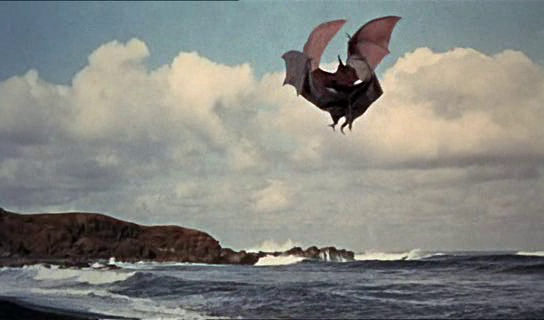 A flying monster called Kongamato in Zambia, Angola, and Congo is described as a flying reptile we may recognize as a pterosaur. It was first described in English by explorer Frank Welland in 1932, although local legend goes back much further. This cryptid lives in rivers and swamps and has a huge wingspan, but no feathers. A similar creature goes by other names in other parts of Africa. Theories on Kongomato sightings range from bad lighting to the possibility that an unknown species may exist in inaccessible places. Of course, the image is familiar to us thanks to Hollywood. 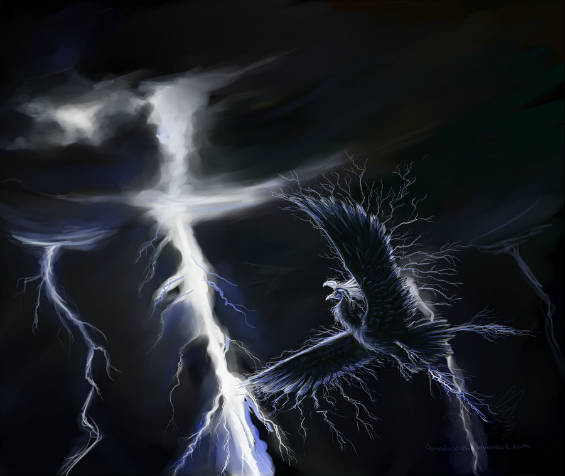 The Impundulu or Lightning Bird is a supernatural bird from Pondo, Zulu, and Xhosa folklore. The South African bird is as big as a human and can summon lightning and storms, hence the name. The bird is sometimes a shape shifter that can appear as a human, and sometimes said to be a supernatural familiar that guards a witch or witch doctor. It will attack people and drink their blood. However, parts of the Impundulu or its eggs have medicinal powers. Image by DeviantART member Amadoodles. 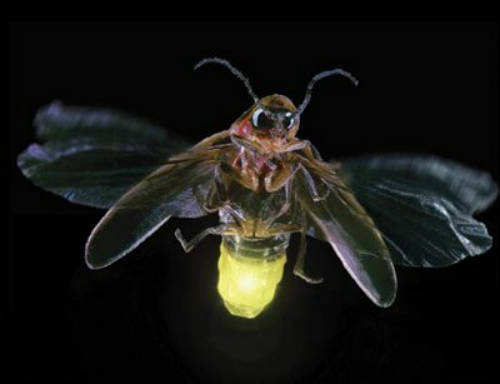 The Adze is a vampire in the legends of the Ewe people of Ghana and Togo. It takes the form of a firefly, but if you capture one, it will revert to human appearance. This can be dangerous in itself, because in its human form the adze may attack and eat your organs, but it can be defeated. However, in the insect form, the adze will suck your blood while you sleep and spread disease, which is a possible explanation for malarial outbreaks. Its preferred victims are young children. The victim of an adze becomes a witch who is possessed by the adze’s spirit. 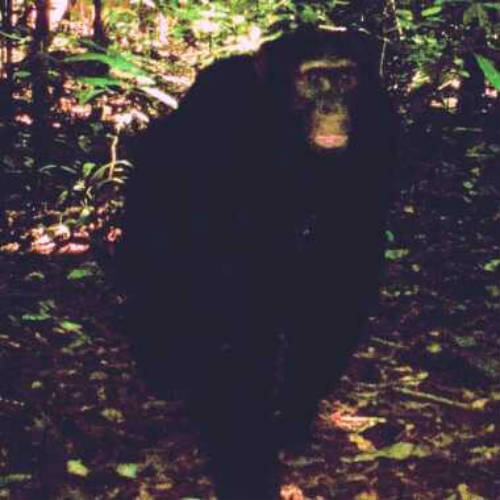 There are plenty of legends of mysterious unknown ape species in Africa. Many of these cryptids are described as something between a chimpanzee and a gorilla. A ghost ape fitting this description is called Ufiti in Malawi. In other areas it became known as the Bondo Mystery Ape, leading to speculation that there was an unknown species waiting to be discovered. Reports led researchers to believe it was a large chimpanzee species that behaved more like gorillas. Various expeditions tried to find this species in Central Africa since skulls were found near the village of Bili in 1908. In the 21st century, evidence of a large subspecies of chimpanzee was found and the apes were later observed in the Bili forest of the Democratic Republic of the Congo. Now called the Bili Ape, they are classified as a subspecies of chimp.

The Gbahali is a reptilian creature of Liberia, resembling a crocodile. It grows to 30 feet long, has a snout shorter than a croc’s, and somewhat longer legs. Although this species is not confirmed by science, it is not considered a legendary monster among Liberian hunters, but a real creature they have caught and eaten. It is possible, however, that descriptions are exaggerated. Witnesses were shown a picture of the extinct animal Postosuchus, and they recognized it as the Gbahali. Image by Nobu Tamura. 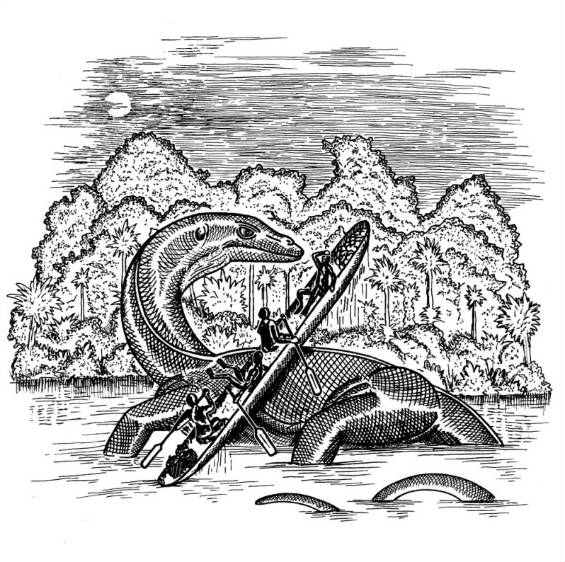 Ninki Nanka is a monster that lives in the Gambia River in Gambia. It is a dragon-like creature with the body of a crocodile, the head of a horse (with horns) and a long neck like a giraffe. And it’s huge – 30 to 50 feet long! An expedition in 2006 yielded an object said to be a scale from the monster, but it turned out to be non-biological – possibly a piece of celluloid film. 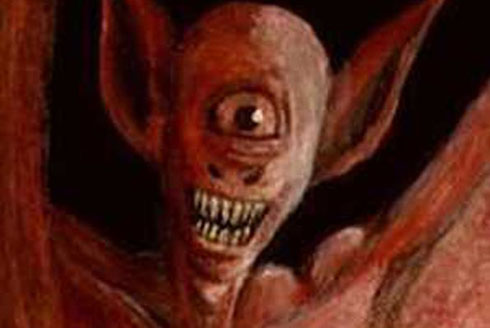 The Popobawa is a fairly recent manifestation reported in Zanzibar and Tanzania. The creature is a demon who appears as a normal human by day, and a one-eyed, bat-winged monster at night. The Popobawa attacks and sodomizes both men and women in the dark of night, and is particularly vicious to those who don’t believe in him. Attacks were first reported in 1965 on the island of Pemba. Reports of attacks come every few years, with a large number in 1995 attributed to mass hysteria. Some think that the attacks of the Popobawa can be traced to “waking dreams” or “night terrors,” in which the person experiences hallucinations somewhere in between lucidity and sleep. The name Popobawa in Swahili translates to “bat wing.” 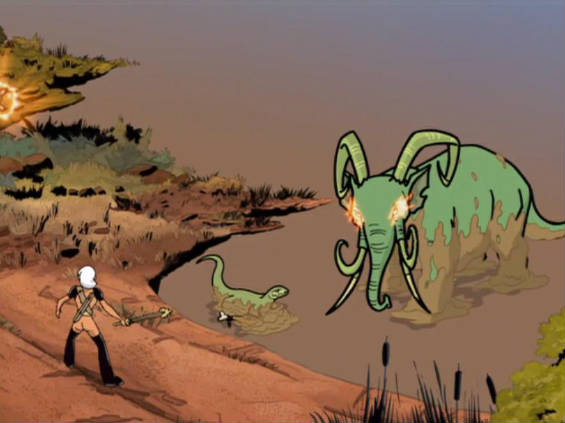 Grootslang is an Afrikaans word meaning “great snake.” The monster of that name lives in a cave called the Wonder Hole in the Richtersveld area of South Africa. The story is that the original Grootslang was found to be too powerful, so the gods subdivided the animal into two species: the elephant and the snake. However, a Grootslang or two escaped this fate and reproduced. The monster can grow up to 60 feet long. Supposedly, its cave is full of diamonds, but no one knows for sure because the Grootslang guards it well. The Grootslang pictured was featured on the Cartoon Network series The Secret Saturdays. 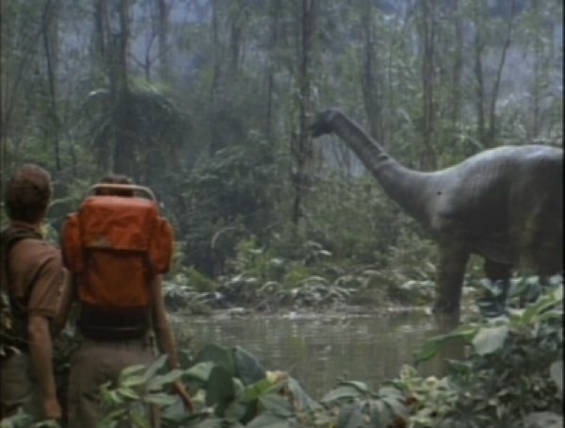 The Mokèlé-mbèmbé is a cryptid resembling a dinosaur from the Congo River region. The name means “one who stops the flow of rivers” referring to its size. Dozens of expeditions have sought to find this huge creature, but come back with only secondhand accounts and mysterious footprints. The 1995 1985 Disney film Baby is based on the legend of the Mokèlé-mbèmbé. 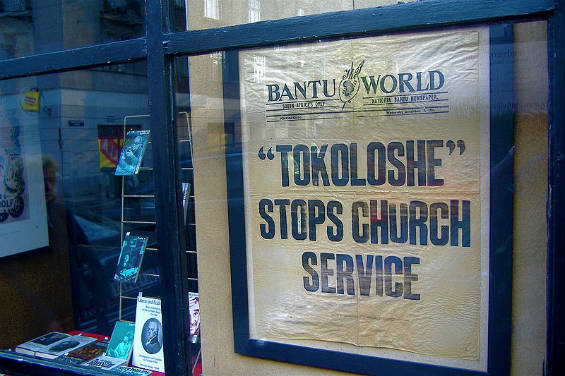 A Tikoloshe (or Tokoloshe) is an evil-spirited gremlin in Zulu mythology. A shaman may send a Tikoloshe to vex his enemies, causing anything from harmless fright to illness or death. Tikoloshes are described as short hairy humanoid figures that can render themselves invisible by swallowing a pebble – all the better to sneak up on their victims. Photograph by Toanke.