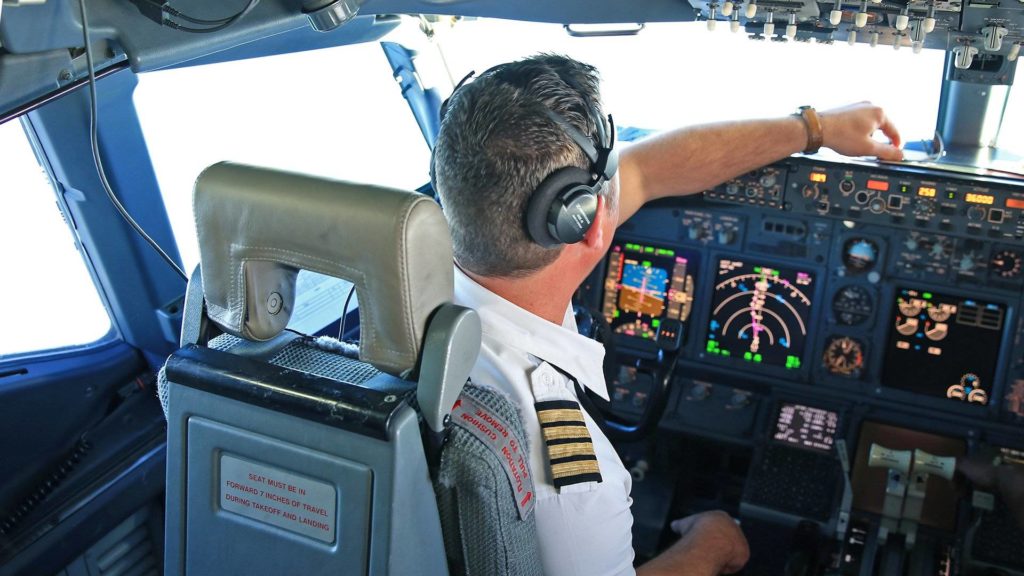 The FAA recording between air traffic controllers and the aircraft involved in the incident is bizarre to say the least.

A series of strange events occurred high up in the flightlevels above Southern Arizona on February 24th, 2018. Between roughly 3:30pm and 4:15pm local time, N71PG, a Learjet 36 belonging to Phoenix Air, and American Airlines Flight 1095, an Airbus A321, had independent close encounters with a strange craft flying at around 40,000 feet.

The planes were flying east at about 37,000 feet between the Sonoran Desert National Monument and the New Mexico border when the incident took place.
The War Zone has obtained an official audio recording directly from the FAA of Albuquerque Center air traffic control talking to the pilots and other aircraft in their vicinity as the bizarre incident unfolded. Here it is in its unedited form:

The initial report came from N71PG, the Learjet, asking Albuquerque Center if traffic had passed above them. The controller replied “negative,” meaning that there was no traffic to his knowledge that would account for such an observation. The Learjet pilot replies defiantly, “somethin’ did.” Another pilot chimed in on the frequency saying “a UFO” and the Learjet pilot replied “yeah.”

A few minutes later, the controller asks American 1095 to let him know if they see anything “pass over you here in the next 15 miles.” The American Airlines pilot replies in a puzzled manner “if anything passes over us!?” The controller responds “affirmative, we had an aircraft in front of you at 37 [thousand feet] that reported something pass over him and we didn’t have any [radar] targets, so just let me know if you see anything pass over you.”

At this point things get even more interesting as the Learjet pilot chimes in saying “I don’t know what it was, it wasn’t an airplane but it was–the path was going in the opposite direction.”

A minute later American 1095 calls back in saying “yeah something just passed over us, like a–I don’t know what it was, but it was at least two-three thousand feet above us. Yeah it passed right over the top of us.” The controller calmly acknowledges the pilot’s report and says nothing else.

Then a moment later the controller asks American 1095 “Could you tell if it was in motion or if it was just hovering?” The Airbus pilot quickly replies “I couldn’t make it out if it was a balloon or whatnot, but it was just really beaming light or had a big reflection and several thousand feet above us going the opposite direction.” The controller confirms the report by just saying “roger.”

The whole event, at least as we understand it at this point in time, lasted about six minutes.

According to an FAA representative who was incredibly helpful and forthcoming during our preliminary investigation, he didn’t think the incident was written up and noted that the supervisor at Albuquerque Center didn’t even know about it when queried. That does seem somewhat odd considering some sort of unidentified craft was flying along highly trafficked air routes at jet altitudes that didn’t have a transponder, did not appear on radar, and was not communicating with air traffic control.

The incident comes after a bizarre and remarkably well documented series of encounters with a mystery aircraft flying at a similar altitude occurred over Oregon and Northern California last October—a story which The War Zone broke and has just posted an in-depth update on. In that prolonged event, USAF F-15s were scrambled to investigate and the response from both the FAA and the military was extensive on multiple levels.

We do have to note that the region in which this incident took place is very well known for being highly active with military aircraft, and even possibly clandestine aircraft that remain under a cloak of secrecy. To the east is White Sands Missile Range and Holloman Air Force base. To the south is Tucson, where throngs of military aircraft operate out of two major bases—Davis Monthan AFB and Tucson International Airport. To the North is Phoenix and Luke AFB which is a major training installation for F-35 and F-16 pilots. To the west are MCAS Yuma and the elaborate range complexes that surround it.

To the south is also Fort Huachuca, which is the home of multiple unmanned aircraft units, including one belonging to the Army Special Operations Command (MQ-1Cs Gray Eagles and who knows what else) and the U.S. Border Patrol (RQ-9 Reapers), not to mention it is also a major training station for the Army’s RQ-7 Shadow drone operators. Then there is all the transient military traffic that visits the area for training and exercises. Suffice to say it is a hotspot of military aviation and is thought to also be somewhat of a corridor for clandestine aircraft as well.

But none of that directly explains why an aircraft would be traveling totally unannounced to air traffic control in broad daylight right over the tops of airliners. And no story of a rogue drone or a military aircraft with malfunctioning communications surfaced with the FAA after the incident, at least to our knowledge.

It is also worth mentioning, although it will surely draw the ire of some, that weather balloons do get launched into the upper atmosphere regularly all over the United States, and the regulations surrounding their operations don’t necessarily mandate the launching party contact the FAA or provide a radar reflector or a transponder.

You can read about these regulations here, and they will probably be surprising to many as a six pound radiosonde, camera, or other device slamming onto a jet’s windscreen at 500mph seems like a threat to public safety. But the fact is these scientific devices are launched on a daily basis around the globe without incident.

That doesn’t mean they can’t come close to airliners. There are plenty of videos on the internet of them filming jets buzzing by that are pretty unsettling (make sure to turn the sound on for the video below).

Weather balloon activity over Arizona has a uniquely interesting history as of late. One guy found what appears to be a radiosonde of Russian origin while hunting in the Sawtooth Mountains, which are located right around where the February 24th incident took place. The mysterious find is detailed in this article. During the summer when the notorious heat hits the Arizona desert, weather balloon activity usually increases dramatically. There are also other advanced balloon developments in the area as well, but they aren’t likely to go unreported or untracked.

But even with these possibilities in mind, the pilots don’t sound that convinced that the object they saw was simply a balloon passing by, and there seems to have been some sort of combined closure rate involved as well.

We have filed a Freedom Of Information Act request for any additional information related to this mysterious event and will report back to you when we have more details to share. In the meantime it will remain yet another mysterious aerial event in the skies over the American Southwest.