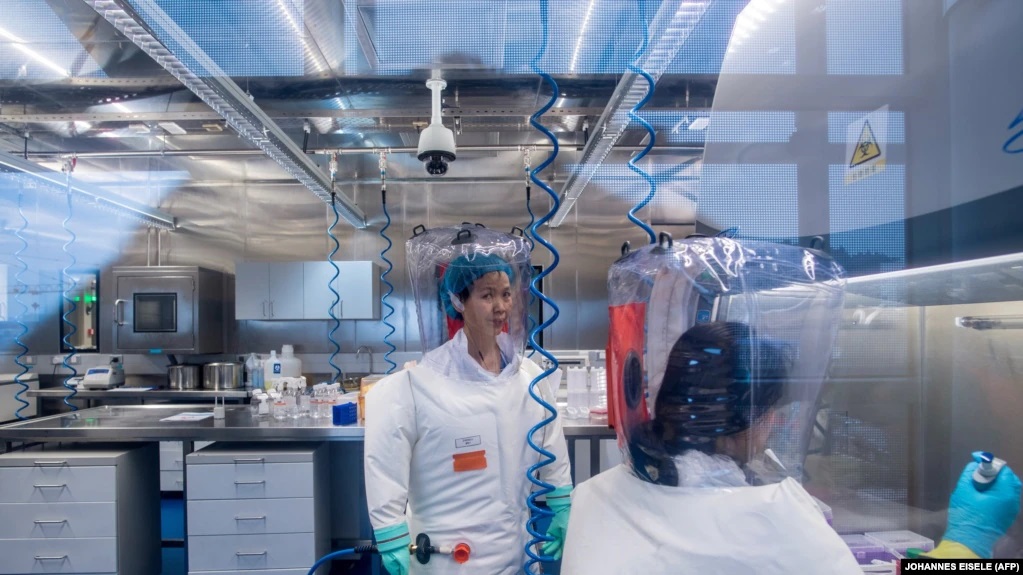 An international team of scientists has reportedly planned to mix genetic code from similar strains to create a new coronavirus.

New revelations see the light of day while the exact origin of Covid-19 is being investigated. A new coronavirus, before the outbreak of the pandemic that swept the planet, was planned to be created by US and Chinese scientists, as revealed by the British newspaper “Telegraph”.

Last month, a grant application to the U.S. Defense Advanced Research Projects Agency (DARPA) revealed that an international team of scientists had planned to mix genetic code from similar strains to create a new coronavirus.

The grant application was submitted three years ago and leaked to the pandemic analysis team, Drastic.

The WHO source explained the procedure and how the brand new virus could still closely resemble the natural viruses it was derived from.

He stressed that if the application of such a method had proceeded, he could explain why no coronavirus strain has been found in nature very close to Sars-CoV-2.

The closest cousin to Sars-CoV-2 that’s been found in nature so far is a strain called Banal-52, which shares 96.8 per cent of the genome. However, for a virus to be the direct ancestor of another, the genome should be around a 99.98 percent match, according to the publication.

The WHO expert told the British newspaper that the process described in the grant application would create “new virus sequence, not a 100 per cent match to anything”.

““They would then synthesise the viral genome from the computer sequence, thus creating a virus genome that did not exist in nature but looks natural as it is the average of natural viruses,” the individual said. “Then they put that RNA in a cell and recover the virus from it. This creates a virus that has never existed in nature, with a new ‘backbone’ that didn’t exist in nature but is very, very similar as it’s the average of natural backbones”, he said.

Despite the fact that the grant proposal was turned down in 2018, the Wuhan database of viral strains was taken offline 18 months before the Covid outbreak, making it impossible to determine which viruses the team was working on or had created.

Experts at the Wuhan Institute have repeatedly denied that they created the coronavirus in their laboratory.

The proposal was submitted on behalf of the Daszak EcoHealth Alliance, the Wuhan Institute of Virology, the University of North Carolina, and Duke NUS in Singapore by the British zoologist Peter Daszak.

Daszak, currently a member of the World Health Organization (WHO) team investigating the pandemic’s origins, was also behind a letter published in The Lancet which dismissed suggestions that Covid did not have a natural origin as a conspiracy theory.

Experts told the newspaper that creating an “ideal” virus on average could be part of an effort to develop a vaccine that will treat many coronaviruses.

Dr. Anthony Fauci, who leads the NIH’s Institute of of Allergies and Infectious Diseases, has repeatedly denied in congressional testimony that any U.S. funding went to gain-of-function research at the Wuhan Institute of Virology.

Scientists have found further evidence that the pandemic was triggered by a coronavirus leak from the laboratory. One of the main arguments is the absence of an animal that could transmit the infection to humans. But the analysis of the genetic structure of the virus shows that its occurrence in the natural environment for such a short period of time is unlikely.

According to Atossa Therapeutics founder and co-author of The Origin of the Virus: The hidden truths behind the microbe that killed millions of people by Stephen Quay and UC Berkeley Emeritus Professor of Physics Richard Mueller, humans are infected by viruses like COVID-19 from animals before they mutate enough. As noted in a publication in The Wall Street Journal, a similar picture was observed in 2003 with SARS-1 and in 2012 with MERS.

Influenza-like infections have been reported in China’s Shaanxi and Hubei provinces since 2019. During this period, more than 9 thousand samples of the pathogen were collected.

If the zoonotic theory is correct, then they should have contained approximately 100 to 400 infections of the COVID family. However, an investigation by the World Health Organization (WHO) has shown that they are completely absent. This is only possible if there is a leak of coronavirus from the laboratory. In this case, it will not be possible to find the host animal.

Experts note that it takes time to adapt to the carrier of the infection. This means that it takes a long time for transmission from a host animal to a human. However, SARS-CoV-2 was 99.5% optimized for humans. This is possible with the laboratory creation of the pathogen through accelerated evolution.

US scientists have subjected the genome of the coronavirus to mutations and, as a result, have obtained a variant very similar to the “delta” strain.

In addition, SARS-CoV-2 has a key mutation, the furin cleavage site (FCS). It is so complex that it would require exposure to radiation or a mutagen to emerge spontaneously. In nature, such a recombination is unlikely, so a laboratory leak of the coronavirus is more likely.

Comparing the hypotheses of the origin of SARS-CoV-2, experts came to the conclusion that it is not zoonotic. They are 99% sure that there was a leak of the coronavirus from the laboratory where it was artificially created.

Advertisement. Scroll to continue reading.
In this article:DARPA, Wuhan Institute of Virology