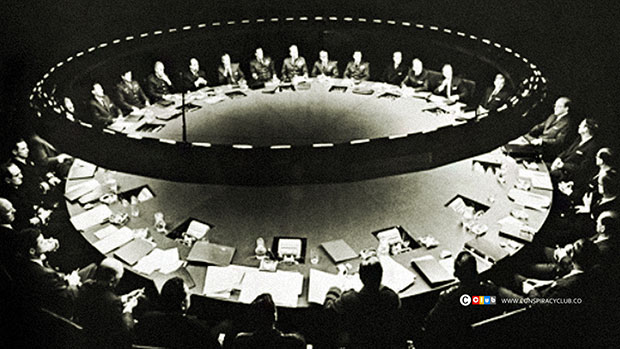 This case priority is to reveal the leader of the Illuminati. But in this case we also go through some very interesting Illuminati facts, worlds leaders and the Illuminati, how to illuminate the Illuminati and a very special insider story about their brainwashing techniques they apply until the day of today. Where we are going to find out who is on top of the pyramid.

If Anonymous can do it, we can do it too. I invite you to join the light-workers team and help together to solve this case.

The leader of the Illuminati case start with Charlotte Thomson Iserbyt who served as the head of Education during the first administration during Ronald Reagan.

While working there she discovered a long-term strategic plan by the tax free foundations to transform America from a nation rugged individuals and problem solvers —to a country of servile brainwashed minions.

But Charlotte discovered a lot of secrets and methods that made her sick and felt obligated to warn Ronald Reagan by writing him a letter.

It’s clinically proven that some cartoons triggers something in your brains. For example cartoons with repetitive visual effects which induced photosensitive epileptic. 685 viewers were taken to hospitals; just by watching Pokemon shock. Underneath channels the Illuminati use to apply their brainwash techniques: source wiki

Don’t forget that the Illuminati owns over 60% worlds wealth!

Who is the leader of the Illuminati

But they represent not the top layer of the pyramid but the second layer. Who is the all seeing eye?

They call the leader of the Illuminati the Pindar or Marquis de Libeaux meaning King Noble. it travels in a white limousine (A ’code-white’ is a code understood by judges, police, the military etc. and it means: look the other way or do not prosecute this person).”

To make a bit easier to find out who is on the very top. Leaders can only exist out of male gender, so the conspiracy that the Queen of England is the Pindar is out of question, Rothschild is however a possible candidate.

Conclusion: Satan is the Pindar?

HOW CAN WE ILLUMINATE THE LEADER OF THE ILLUMINATI?

Second question would be: How can we transform —their benefit(wealth) into disadvantage? If someone can answer that, we know how to fight the Illuminati.

The Illuminati promote Satanism, to fight Satan is to accept God and do the opposite what they are doing, promote God. So upload images of God/Jesus on your social network is a good way to start because they do it too.

In this article:illuminati, Leader, The Illuminati