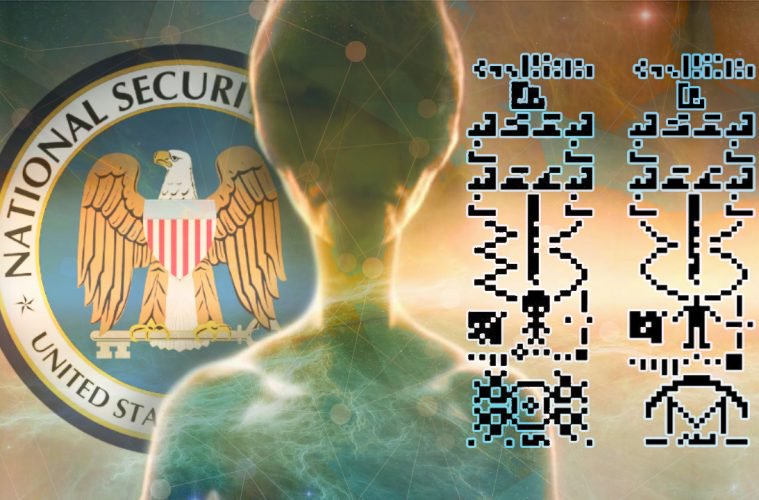 How would you feel if extraterrestrial life from another galaxy attempted to make contact with us, but your very own government did everything in its power to keep it secret?

Speculations about UFOs and alien life are nothing new, but in recent years a wealth of information regarding this forbidden topic has seen the light of day thanks to various Freedom of Information Act (FOIA) requests.

Whereas we—the everyday citizens—are expected to live our simple down-to-Earth lives without wondering what’s going on above us, it seems high levels of the US government have seen things that could fill an entire season of the X-Files—but what you’re about to hear isn’t fiction. In 2004, it is alleged that a lawsuit forced the National Security Agency to release a document called “Key to the Extraterrestrial Messages.”

In it, the author, one H. Campaigne, sets out to decipher the “extraterrestrial messages”, writing:

“Dr. Campaigne  presented a series of 29 messages from outer space…The following article develops a key to these messages.

“Recently, a series of radio messages was heard coming from outer space.

“The transmission was not continuous, but cut by pauses into pieces which could be taken as units, for they were repeated over and over again.

“…we have penetrated the meaning of basic symbols, and even more important, have learned some of the syntax rules- of the notation, and have caught mistakes in the process.

“We have a few words for sophisticated concepts, and given more data, with a little labor, we could establish its translation.”

Although nowhere in the document does it state what the translations said, or what messages—if any—were found to be of substance, it nonetheless provokes speculations about what our government knows that we don’t.

Of course, every once in a while, UFO encounters leak through the government’s veil of secrecy, like this one viral incident that happened to be captured by a popular YouTuber back in 2015:

But there are many other suspicious documents now publicly available that suggest the authorities are well aware of alien life.

“For example, here (page 21 & 22) is an FBI document in the form of a memorandum, addressed to ‘certain scientists of distinction,’ to ‘aeronautical and military authorities,’ and to ‘a number of public officials.’

“The document is a letter that was sent to the director of the FBI in Washington from the San Fransisco office, on a matter pertaining to UFOs & extraterrestrials.

“[The document states], ‘Lt. Colonel (name redacted) of G2 [G2 means army intelligence], San Francisco advised today he has no further information, and that our Seattle office is in possession of all information known by him and is handling the matter at Tacoma, Washington.’

“The document goes on to provide a copy of a letter written by someone with ‘several university degrees’ and a former ‘university department head.’

“It contemplates an extraterrestrial presence visiting us.”

Ultimately, it wouldn’t be surprising if we’ve interacted with extraterrestrial life, given that scientists, with additional help from the renown Carl Sagan, created something called the “Arecibo” message which was transmitted into space in the form of radio waves and designed for contact with distant beings.