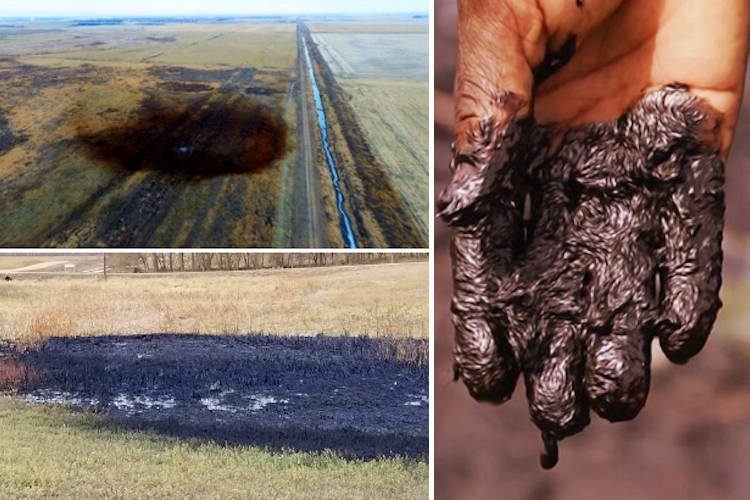 A crude oil spill from the Keystone Pipeline in North Dakota nearly a month ago was roughly 10 times larger than first reported, officials now say.

On October 29, the Calgary, Alberta-based TC Energy—corporation previously known as TransCanada—shut down operations of the pipeline after the major multinational corporation discovered that it was leaking large amounts of oil into the surrounding wetlands.

Initial reports from the company and North Dakota’s Department of Environmental Quality suggested that the leak, which spilled roughly 383,000 gallons of oil into the region, impacted about 2,500 square yards of land.

However, state environmental scientist Bill Suess now says that the leak impacted 23,232 square yards of land, or 4.8 acres—nearly 10 times the original estimate, reports CNN. The new estimate takes into account both the surface and subsurface impacts of the leak. The original estimate had only been based on visual observations of the spill.

“During our initial response to the incident, we immediately sectioned off a larger area (approximately 25,000 square yards) around the visibly impacted section to secure the area, provide for wildlife deterrent and air monitoring purposes.”

Following approval from the U.S. Pipeline and Hazardous Materials Safety Administration, the pipeline was returned to service on November 9. However, the cause of the spill has yet to be determined.

“This is exactly the kind of spill we are worried about when it comes to Keystone XL being built. It has never been if a pipeline breaks but rather when.”

In a statement at the time, Greenpeace USA senior research specialist Tim Donaghy also noted that the spill confirmed precisely what environmentalists had been warning authorities about.

“I wish I could say I was shocked, but a major spill from the Keystone pipeline is exactly what multiple experts predicted would happen.

In fact, this is the fourth significant spill from the Keystone pipeline in less than ten years of operation. History has shown us time and again that there is no safe way to transport fossil fuels, and pipelines are no exception.”

The Department of Environmental Quality claims that an estimated 8,037 barrels of oil has been recovered from the 9,120 spilled.

The October 29 leak was the third crude oil spill from the Keystone pipeline in only three years.

The Keystone Pipeline system extends 2,600 miles from the Keystone Hardisty terminal in Alberta, Canada east into Manitoba, through the Dakotas before continuing to either the Patoka Oil Terminal Hub in Illinois (Phase 1) and or south to Texas (Phase 2 & 3). 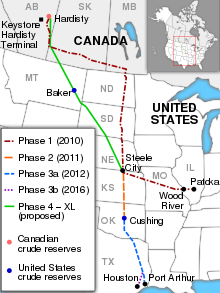 Throughout its multiple phases of construction and extension, the pipeline has faced numerous protests and legal challenges from environmental groups and indigenous land defenders as well as delays during the time of the Obama-era Environmental Protection Agency (EPA).

However, President Trump has energetically backed the acceleration and approval of the fourth phase of construction, known as Keystone XL.

During his first month in office, Trump signed an executive order permitting the Keystone XL project to move forward. Since then, opponents of the pipeline have accused the federal government of ignoring environmental findings and protecting the profits of oil companies rather than prioritizing clean water and wildlife.

On Monday, four top House Democrats requested in a letter that the U.S. Government Accountability Office investigate TC Energy as well as the federal Pipeline and Hazardous Materials Safety Administration (PHMSA) which regulates it.

“The public has a legitimate expectation that the Keystone Pipeline System managed by TC Energy operate safely and without repeated incidents that damage the environment and threaten the public’s health and security. Yet we are faced with the third occurrence of a significant pipeline leak that has devastating impacts to both the environment and nearby communities.

In this article:Keystone Pipeline, oil spill