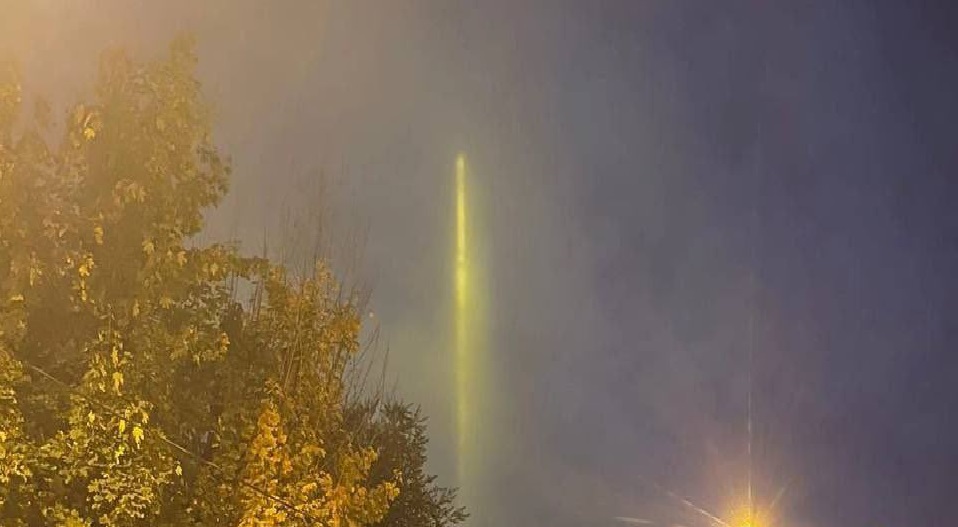 On the evening of October 4, a mysterious beam of yellow light was observed in the Russian border city of Belgorod which is located at a distance of 74 km east of Kharkiv.

There is still no more information about the phenomenon as some local bloggers believe it is a test of some new laser weapon of the Russian Army or some kind of an air defense complex. Some also feared that the so-called “laser column” might be some kind of supernatural occurrence.

There were supposedly at least two rays, they were seen from all over the city:

In any case, if it is a test of some system, the Russians did not make any particular effort to keep it hidden.

There is nothing similar in this world, and even if Russia have some kind of air defense system with yellow laser beams, nothing like this related to air defense has ever been observed, although there is information that in 2017, self-propelled laser systems took up experimental combat duty in the Russian Armed Forces.

The mysterious ray column, according to Russian media, was just a visual phenomenon caused by gas emissions from the city.

What is reported in the journal Sciencealert about the optical phenomenon that has been observed in Russia in the past:

“When a wave of cold weather comes from the Arctic, flat ice crystals form in the air and hang there. Any light source is reflected by the crystals, creating a dazzling display of bright colored light bars known as light pillars.

However, this is not an explanation that seems to convince many.

It was also observed in other populated areas of Russia during the evening hours.

There is of course a tiny possibility that aliens are somehow connected with these rays, since similar beams are seen from time to time either in combat areas or in places of rampant elements.

It can be even assumed that the interest of aliens is somehow connected with the next act of waving a nuclear baton by the Russian supreme leader.

In this article:air defense systems, Russia