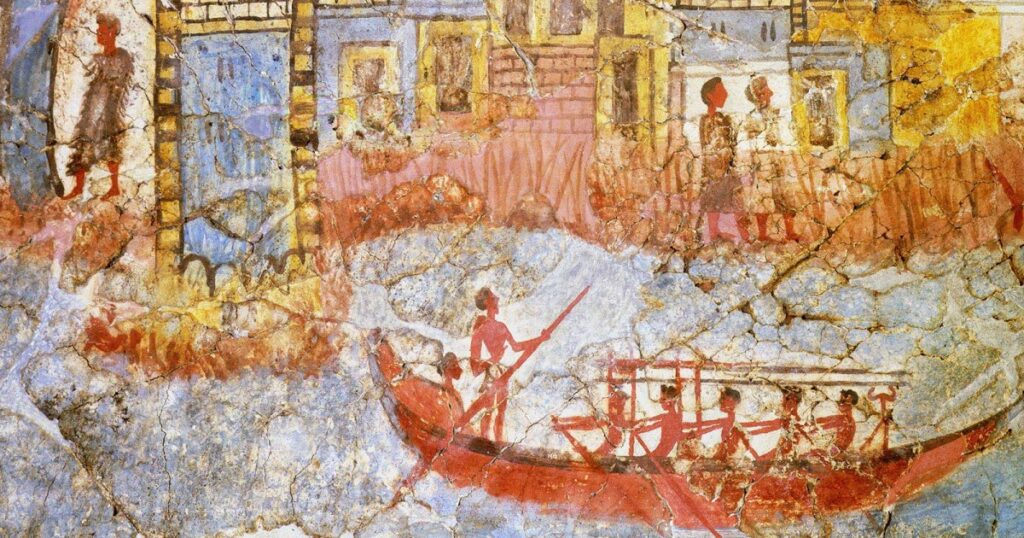 Oceanographic excavations at the bottom of the Caldera in Santorini by Greek scientists resulted in a particularly interesting finding, which could be associated with traces of the myth of Lost Atlantis. Scientists’ research is aimed at providing answers to the huge eruption of the volcano of Thera which 3,600 years ago destroyed the island together with the culture of the late Bronze Age in the area.

Scientists are trying to give answers about the great eruption of the volcano of Santorini that destroyed the Minoan Civilization, but also about the past of the Aegean area.

Specifically, as ERT, the Greek National TV channel broadcast, volcanologist Evi Nomikou is doing research at the bottom of the Caldera in Santorini and as she said, they are looking in the area of ​​Thirasia to find out the origin of some large lava stairs at the bottom.

“We want to see if the stairs have a natural origin or not, which means that there, in the Santorini Caldera, there was an ancient port that is associated with the big ‘Minoan’ eruption that took place 3,600 years ago,” she said.

However, as Mrs. Nomikou said, the association with the “Lost Atlantis” would require a lot of research to be done.

Referring to the “Minoan” eruption, the volcanologist noted that “what we are seeing in recent days in the Spanish La Palma is nothing compared to the eruption in Santorini. That explosion had destroyed everything on the island of Santorini.

One of the greatest mysteries of all time has its origins in a narrative of the great ancient philosopher Plato (428 BC-347 BC). In the dialogues of “Timaeus” and “Kritias”, the titles of which come from the names of their protagonists, the history of Atlantis (circa 360 BC) is discussed.

For reasons we do not know, Plato did not complete “Criticism”, while the scholar Benjamin Jowett and others argue that the great ancient philosopher intended to write another dialogue entitled “Hermocrates”. Socrates and the philosopher Timaeus and the politicians Kritias and Hermocrates take part in the discussions recorded in these two dialogues.

But the only one who mentions Atlantis is Kritias. He says that when he was a small child, he heard the story of Atlantis from his grandfather, who in turn had heard it from Solon (640 BC-558 BC). Solon had learned it from an old Egyptian priest when he had traveled to Egypt. The history is placed around 9,600 BC.

In a free translation of what Plato says about Timaeus on Atlantis:

“It was an island located beyond the straits you call the Pillars of Heraklion (modern-day Gibraltar) and was larger than Libya (North Africa) and Asia Minor combined. So on this island, Atlantis, there was a kingdom with enormous power, which ruled over that whole region, many other islands and parts of the continent. Still, his kings ruled several countries from the straits of North Africa to Egypt and Europe to Tyrrhenia (Italy). This great power tried to subdue both my country (Egypt) and yours (Greece) and the whole region through the straits. Then, Solon, your country (Athens) defeated the invaders and saved us from slavery. But then there were great earthquakes and floods, and in a terrible night and day, the island of Atlantis was swallowed up by the sea and disappeared.”

In “Criticism”, Plato describes Atlantis in detail, its history, geography and inhabitants. He mentions that they came from Poseidon and built imposing palaces, temples and ports on the island. The capital had a circular shape and was built on a hill. Behind the city there was a fertile plain cultivated by farmers. The king of Atlantis lived in a palace at the top of the hill. In the center of the palace was a temple dedicated to Poseidon.

Although the people of Atlantis had everything they wanted, they became greedy and corrupt. That is why Zeus decided to punish them, sinking their island and disappearing into the depths of the sea themselves. At the same time, serious disasters took place in Greece. The warriors and the large population disappeared and Attica took the form it had in the years of Solon. 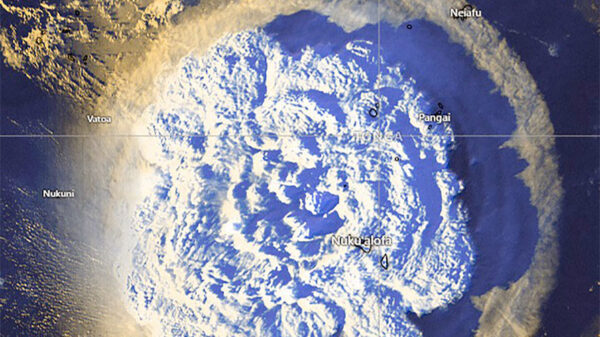