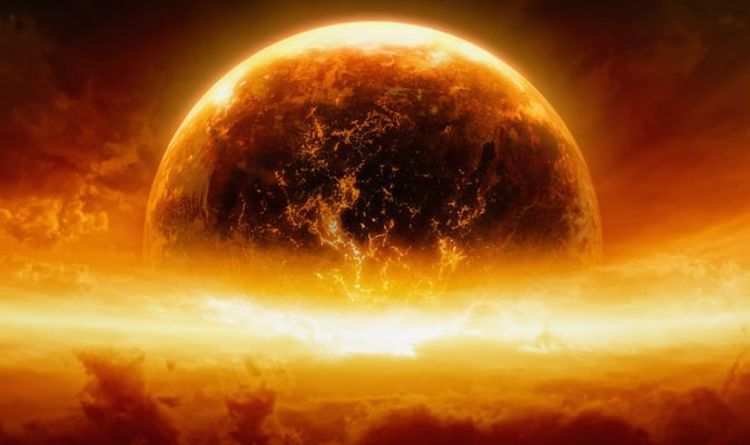 The eruption of a volcano in the Canary Islands of Spain has been going on for the 7th week. A huge fountain of lava, throwing chunks of molten rock to a height of more than 460 meters into the air, was filmed at close range using a drone. Meanwhile, a researcher of anomalous phenomena recorded surprisingly fast light sources above Cumbre Vieja.

A massive ash cloud is visible as the volcano is now in an explosive phase.

The video does not show the Sun, since the Sun is at this moment over the sea and it is clearly visible. This is not the Moon, because in such a bright light, the Moon cannot be seen, and the light source is moving somehow surprisingly quickly. Therefore, the question arises: what is it?

Many ufologists-conspiracy theorists are actively copying and pasting each other’s video of Paula Gilley, in which she captured laser beams flying out of Saturn:

The video below is from 2018 and Paula Gilley, while watching the sky, filmed of something which crashed into Saturn and it shattered to pieces, after which it reassembled:

Paula Gilley has hundreds of such videos, and while being an astronomer, and not an amateur one, she also asks questions and also does not know the answer to them. And there are many questions, more and more every day.

Therefore, it remains only to wait for it to clarify everything itself, that is, either the aliens will arrive and explain everything to us, or Nibiru, the size of Jupiter, visible from its nearest satellite, will hover over the Earth.

And when this happens, its scale will be epic with equally dramatic scientific leaps of faith.

In this article:La Palma Volcano, Nibiru