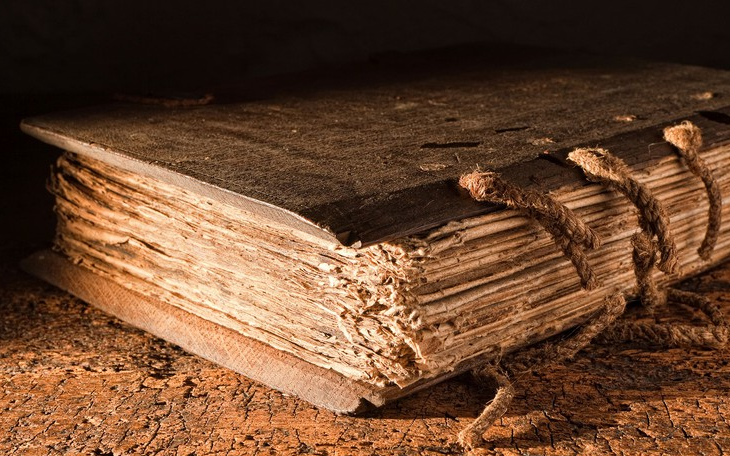 The Kolbrin Bible is a monuscript written over 3,600 years ago. This book is also called the Coyle Book, Kolbrin Bible, Kolbrin Manuscript.

Kolbrin’s manuscript, as it is also called, was written about 3600 years ago, that is, one and a half thousand years before the existence of Jesus Christ. More precisely, this is a whole collection of manuscripts, consisting of 11 ancient texts that were discovered during the fire at Glastonberry Abbey.

There are many legends around this manuscript, for example, it is believed that the fire was set up specially by order of King Edward I of England. The books allegedly contained information that could undermine the authority of Christianity around the world, and they needed to get rid of.

There were also rumors about the existence of the Great Book, which posed a threat to the Catholic Bible. Therefore, when the books were rescued from the fire, they did not talk about their existence for a long time.

The history of this document begins in Ancient Egypt, and six books were written by the Egyptian priests. Together with the Phoenician seafarers, the books came to the territory of the future England, into the hands of the Celtic druids. They kept the scrolls and supplemented them. Then the manuscripts ended up in Glastonbury Abbey, where the Holy Grail was once rumored to have been. The book was later published in the 18th century, under the name Book of Koil.

These ancient texts describe the events of the Old Testament, only with a different interpretation. The great book describes the history of the flood, only without divine influence. According to Kolbrin’s bible, the cause of this event was the fall of a celestial body, the Destroyer (Devastator). It is believed that the Egyptian portion of the text was written after the Exodus, which is described in the Old Testament. It also mentions the existence of ancient civilizations before the creation of Adam and Eve. Even Fallen Angels are mentioned.

The second part of the manuscripts was written by Celtic Druids, where they share their knowledge of mathematics and astronomy. Some scholars regard it as the first Bible to be written without divine overtones.

There are many prophecies about the appearance in the future of a terrible celestial object in the sky of our planet and terrible cataclysms that will occur at this time. Prophecies from the Kolbrin Bible

The Kolbrin Bible (Kolbrin Bible, Kolbrin Manuscript, Kolbrin Bible or the Book of Coil) contains surprisingly accurate information about the appearance of an unusual celestial object near our planet, which is called the Destroyer. It describes in detail a cataclysm that occurred in the distant past, and there is a warning to all mankind that the Destroyer (star) will return again.

We will cite only a small part of this curious document:

3: 1. People have forgotten the days of the Destroyer. Only the wise know where she went and that she will return at her appointed hour.

3: 2. He walked in heaven in the days of anger, and this is his disguise. It was like a billowing cloud of smoke that glowed red. The limbs (prominences. – Author’s note) stood out against the background of the limbus. His mouth was an abyss from which fire, smoke and hot ash flew out.

3: 3. When the ages have passed, certain laws apply to the stars in the heavens. Their ways of changing are movement and restlessness, they are not constant. A large reddish light will appear in the sky.

3: 4. When drops of blood fall to the ground, the Destroyer will appear, the mountains will open and begin to spew fire and ash. Trees will be destroyed and living things will be consumed. The waters will swallow the land and the sea will boil.

3: 5. Heaven will burn bright and reddish with a copper tint over the face of the earth, followed by days of darkness. A new moon will appear, collapse and fall.

3: 7. So it was in the days of heavenly wrath that are past, and so it will be during the Day of Judgment when he comes again. The time of his appearance and departure is known only to the wise.

These are signs and times that must precede the return of the Destroyer: hundreds and tens of generations must go to the West, and peoples will appear and disappear, people will fly like birds and swim in the sea like fish, people will talk to each other about peace, hypocrisy and deceit will be there every day, women will be like men, men like women, passion will be a toy in man’s hands.

3: 8. The people of the Magi will rise and fall. And their language will be forgotten. The country of legislators will rule on the earth and will disappear into oblivion. They will conquer four quarters of the earth and will talk about peace, but bring war. The nation of the seas will be bigger than any other, but it will be like an apple with a rotten core and will not be strong. The people of merchants will destroy the people who work miracles, and this will be their victory. Tall will fight low, north to south, east to west, and light against darkness. People will be divided into races, and their children will be born strangers among them. Brother will fight brother, husband with wife. Fathers will no longer teach their sons, and sons will be wayward. Women will become the common property of men and will not be treated with respect.

3: 11. In those days people will have a great book in front of them, wisdom will be revealed. Few will stand the test hour. Only the fearless will survive, and only the persistent will not find their destruction.

3: 12. Great Eternal God, who established trials for man, be merciful to our children on the Day of Judgment. A person must endure great suffering, but do not rush him unnecessarily …

4: 1. Guardians of the universe watching over the Destroyer, how long will your last ever vigil continue? O mortal people, who does not understand this, where will you hide yourself in the days of fear and doom, when the heavens are torn and the sky is cracked in half, in the days when the children are gray?

4: 2. This is what will be seen. This is what your eyes will behold. It is a body of annihilation that rushes towards you. It is a large fiery body, a flaming head with many mouths and moving eyes. Terrible teeth will be seen in shapeless mouths, and a terrible dark belly will glow from the lights inside. Even the most resilient person will tremble and his intestines will be freed, because this is a thing that people do not understand.

4: 3. It will be a huge multicolored cloud enveloping and wrapping the sky, burning the Earth with its mouths wide open. It will descend and move along the surface of the earth, capturing everything with its yawning jaws. The greatest warriors will fight against him in vain. His fangs will fall in the form of terrible ice blocks. Huge stones will be dropped on people, crushing them into red powder.

4: 4. Great salty waves will rise in a roaring plume, and its streams will spill over the ground. Even heroes among mortals will be gripped by madness. Like moths that fly to their own death to a lighted flame, so people will rush to their own destruction. The flame will come and destroy all man’s works, the water will sweep away what is left. The dew of death will fall softly like a gray carpet onto the cleared ground. People will scream in madness: “Oh, is there any Being that will save us from this horror, save us from the gray dew of death!”

5: 1. The Body of Doom is called the Destroyer, it was seen in Egypt and in all the lands around it. The color is bright and fiery. When emerging, changing and unstable. It spun like a spiral, like water pouring into a reservoir from an underground source. All people said that this is her worst appearance. It was not a large comet or a dim star, it was like a fiery body of flame.

5: 2. His movement was slow and arrogant, with swirls of smoke swirling beneath him, hiding the face of the Sun. There was a bloody red that changed as it crossed his path.

This resulted in loss of life and destruction as it approached sunrise. Disasters took over the Earth, the gray rain of ash led to numerous suffering – hunger and disease. It bit the skin of people and animals until they became riddled with ulcers.

5: 3. The earth shook and swayed, hills and mountains moved and swayed. Dark smoke filled the skies and spread over the earth. The great roar was heard by living people, which flew to them on the wings of the wind. It was the cry of the Dark Lord, Lord of Fear. A thick cloud of fiery smoke passed over the people, and a terrible hail of hot stones and fiery coals began. Doom’s Body thundered into the sky, and the sky shot out a bright lightning. The water in the riverbeds turned back as the land tilted. Large trees threw up and down and broke like twigs. Then a voice like ten thousand trumpets was heard over the desert, and whole countries burned and mountains melted from its scorching breath. The sky itself roared like ten thousand lions in agony, and bright bloody arrows crossed the sky. The earth swelled like bread on the hearth.

5: 4. This is a description of the Body of Doom, which is called the Destroyer, when it appeared in times long past. This is how it is described in old records, of which few have survived. It is said that when he reappears high in the sky, the cracks of the Earth will open like a nut roasted on a fire. Then the flame will come out to its surface and jump out like a fiery devil with black blood. The water inside the Earth will dry up, pastures and cultivated fields will be consumed by fire, and they and all trees will become white ash.

5: 5. The Body of Doom will be like a rapidly spinning ball of fire that scatters thin flaming appendages and has a fiery trail. It will cover a fifth of the sky and send writhing, serpentine fingers down to Earth. Before that, the sky looks scary, it diverges and scatters away. Noon won’t be brighter than night.

This will give rise to many terrible disasters. Read this information about the Destroyer, which is mentioned in the old records, with anxiety in your heart, knowing that the Body of Doom must return at the appointed time. It would be foolish to leave it all unnoticed. People say, “These things won’t happen in our day. Maybe the Almighty Great God will not allow it to be so.

But, undoubtedly, this day will come, and, in accordance with its nature, the person will be unprepared.”

In this article:global catastrophes, manuscripts 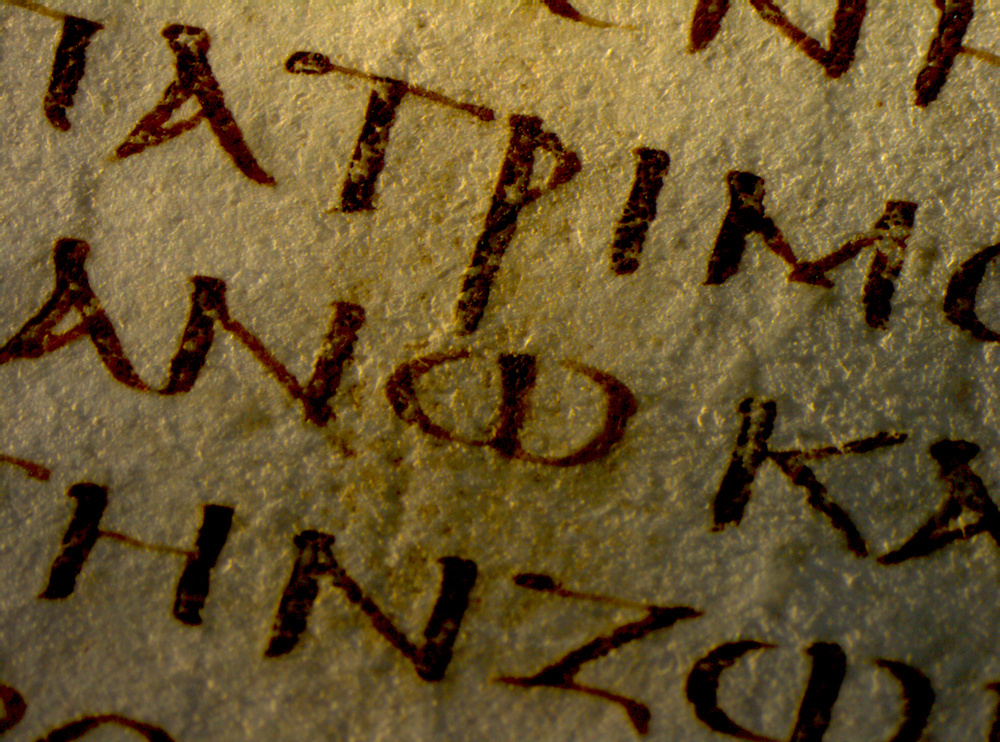 To date, written sources are the most informative of all that ancient man ever left behind. If in most cases the finds of the next...