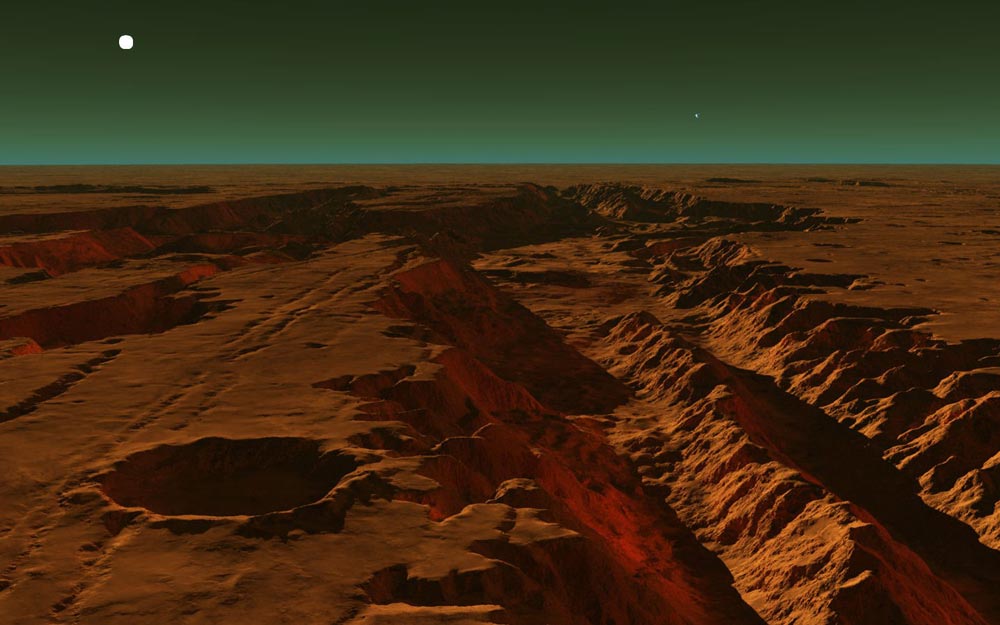 The Martian rover InSight recorded deep, M5.0 and M4.0 magnitude tremors, which NASA called “monstrous”. These are the most terrible Martian soil quakes in the entire history of observations. The reason is completely unclear, but scientists are ready to accept the most incredible versions.

Researchers have long dreamed of studying whether the soil on Mars is shaking, whether there are marsquakes on the red planet. Rovers made it possible and immediately surprises began.

InSight was sent to Mars with a highly sensitive seismometer provided by the French National Center for Space Research (CNES) to study the interior of the planet.

Ever since we installed our seismometer in December 2018, we’ve been expecting “big things,” said Bruce Banerdt, InSight principal investigator at NASA’s Jet Propulsion Laboratory in Southern California, who is leading the mission. “This earthquake will surely open up a view of the planet like no other. Scientists will analyze this data in order to learn something new about Mars in the coming years.”

First, it turned out that the “quakes” on Mars are rather weak. Secondly, and this is the most interesting, there are two types of marsquakes.

The first ones come from somewhere in the depths, and their nature is approximately the same as on Earth. The other type is born relatively shallow and these are very otherworldly and unusual sounds.

Even though they are barely audible, they spread perfectly over great distances and as it seems, mainly from one region, which is several hundred kilometers away from the rovers. Something is at work right there, below the surface.

Something, or someone? At the beginning of the year, the authoritative scientific portal Space published an article with a strange title “Scientists eye the Martian underground in search for alien life.” It was actually a report from a NASA-sponsored conference in Carlsbad, New Mexico, USA.

According to Vlad Stamenkovich of NASA’s Jet Propulsion Laboratory, caves below the surface of Mars may be full of life, unlike the surface.

“There’s high radiation on the surface and the water is unstable, like in caves,” he said.

Scientists noted that the devices photographed numerous entrances leading to deep caves, but they had not ventured down there yet. Although what they are afraid of, it is not clear.

The researchers are careful not to suggest that the quakes could simply be the sounds of machines that work under the surface of the Red Planet. But what is not allowed to scientists is easily said out loud by numerous conspiracists and “Martian hunters” who look at photographs from rovers and study other data in available material.

Mars is about 10% of the mass of the Earth, so an M5.0 or even an M4.0 is a monstrous amount. In the meantime, an earthquake occurred and, as far as one can judge for 4 years of the mission, their strength is growing.

At the same time, in the fall of 2020, the American Mars Express satellite detected the eruption of the Arsia volcano on Mars:

It is likely that an underground civilization lurks under the mars soil. As it is impossible for them to live on the surface, life is in full swing underneath and powerful machines work in natural and artificial caves. One of which, perhaps, was heard by the rover the other day.

In this article:Mars, underground bases