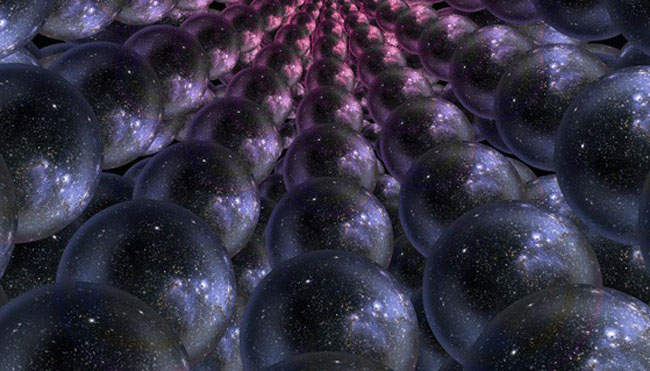 Specifically, he claims that there ten to the five hundredth power universe, and in the future it will be possible to create universes in the laboratory. Moreover, we live in ten dimensions without realizing it!

These unbelievable ideas belong to the research team of a renowned physicist Dr. Dimitris Nanopoulos, professor of physics at the University of Texas and member of the Academy of Athens.

According to the Athens News Agency, Mr. Nanopoulos estimates, based on mathematical equations, that it is possible that there are ten to the five hundredth universes. The theory of supersymmetry and the superstring theory provide this estimate. On top of this, there are still six or seven dimensions in addition to our 4 dimensional space-time that we interact with , which are “folded” in terribly small space, which means that there are 10 or 11 dimensions in total. “We live in ten dimensions, but do not realize it,” said the scientist.

The theory of the multiverse or parallel universes has many different versions, one of which is strongly promoted by Mr. Nanopoulos, who stressed that such a theory is only meaningful if it is proven experimentally, and this can happen using the Large Hadron Collider of the CERN (European Organization for Nuclear Research).

The Greek physicist supports that each universe (including our own) in this multiverse may have its own separate physical laws that apply only to it, while the laws governing the other universes may be unimaginably different or somewhat similar, but certainly have common gravity. Moreover, there is an infinite process of production of universes, which eliminates the concept of the beginning and the end of times.  Universes are being birthed all of the time, and our Big Bang was just one of many Big Bangs that occurred within the multiverse

The other universes, so-called “bubbles of reality” that make up the multiverse, may be very close to each other but can not communicate. However, it is not excluded that it is probably possible to move from one universe to another. All universes with their particular laws derived basically by themselves, as a “local mutation” of space in an existing universe.

Mr. Nanopoulos did not excluded even such science fiction scenarios which assume that some universes could be the creation of a “hacker” in another universe. He noted that if the theory of the multiverse is proven, then “we will understand the mechanism of production of universes”, and despite that it may sound outrageous, “is likely in the future to create a universe in the laboratory.”

Moreover, he said that the universe we live in now can be created again in the future or could have already existed several times. It is known that the universe we see (the visible matter), which is 13.7 billion years old, is only 4% of the total matter, and the rest is invisible, consisting of “dark matter” (23%) and “dark energy” (73%). It is estimated that only in our universe there are about 100 billion galaxies, and each of them has about 100 billion suns with a huge number of planets orbiting them.  So if we multiply these numbers by the amount of universes that could exist, is it really reasonable to suggest we are alone?

Commenting on the philosophical implications of the theory of the multiverse, the professor said that it refers to a “new Enlightenment”, which opens new avenues for humanity, and denied that there are limits in the ability of the human mind to perceive the reality of the universe, except its inevitably quantitative limits on the accumulation of knowledge. At the same time, he agreed with the estimations of other scientists that the Earth sooner or later “will hardly bear” its problems, so we need to prepare for the migration to other planets.

In this article:10 dimensions, bubbles of reality, multiverses