In his book Brave New World, written back in 1932, Aldous Huxley actually described everything we live in now. Moreover, interestingly, the action takes place in 2541, and now the year is 2022.

Although the author later realized that he thought too well about his contemporaries and immediate descendants, as early as November 1945, Huxley said that his novel:

“terribly relevant at the moment and showing all signs of becoming a literal reality within the next two or three generations.”

It is like looking into a mirror reflection and instead of the 26th century, everything happened much faster. The world is already strange to disgrace.

Let’s take a closer look at Huxley’s “prophecies” from his novel. By the way, for some reason it is considered satirical:

People live in a single state, where the following values ​​are built as a basis: carelessness, sexual freedom and consumption. (done)

People are not born naturally, but raised in hatcheries. (on the way to it)

To maintain the caste system of society, people are instilled with pride in belonging to their caste, respect for the higher caste and contempt for the lower castes, as well as the values ​​​​of society and the basics of behavior in it. (done)

Mixing of castes is unacceptable. The lower castes work, the higher enjoy. (done)

Most psychological problems people solve with the help of a drug – soma. (almost done)

Instead of morality, people are instilled with primitive attitudes towards consumption from childhood. (done)

The institutions of marriage and family do not exist in society. Having a permanent sexual partner is considered indecent, and the words “father” and “mother” are considered rude and dirty curses. People are promiscuous. There are no family ties (almost done)

Sex education lessons and sex games are a must for all children. (done)

All women are sterilized. (on the way to it)

In the life of society, everything sublime and evoking strong feelings has been eliminated: love, religion, high art, free thinking and fundamental science. All this has its plebeian substitutes:

– the cult of consumption

– suggestion of stereotypes of thinking without true knowledge and understanding (done)

How surprisingly modern, you see, everything described by Huxley almost 100 years ago.

Nothing has passed and we, looking around, are horrified. Where is this world heading to!

And what is even more terrible is that we almost became like that. Nearly. We were fooled, stupid and humiliated to the level of “Epsilons”. From birth, we were instilled with the help of “culturing” the worship of the “alphas”. Knowledge was killed, science was destroyed, the purity of love began to be despised. Our children, teenagers, youth, have their brains and bodies deliberately poisoned. We even came to a contemptuous attitude towards mothers, whom this “advanced” society began to stigmatize as worse than harlots.

With the death of the last generation, there would be solid “betas” in most countries, who would have only two values ​​- to eat deliciously and sleep sweetly, and also to adore everything advertized.

We are drowned too much in their “wonderful world” of depravity and consumption and at the end, everyone, young and old, fumbles around in search of a machine gun.

The world of real resources and real production collided in the struggle for dominance with the World of hucksters. The Biblical world of the old commandments is at war with the World of Baphomet. The “alphas” and their servants “betas” are trying to ruin the Heart of the World, because when there is no heart, there zombified organism. And a zombie society is easy to manage.

It hurts, but its not fatal, just a temporary 404 error in the matrix.

We must be aware of what is happening and use our imagination to imagine what might happen. Then we must find a way to use this enormous power, for the benefit of humanity, and not for its degradation.

Advertisement. Scroll to continue reading.
In this article:Aldous Huxley, humanity 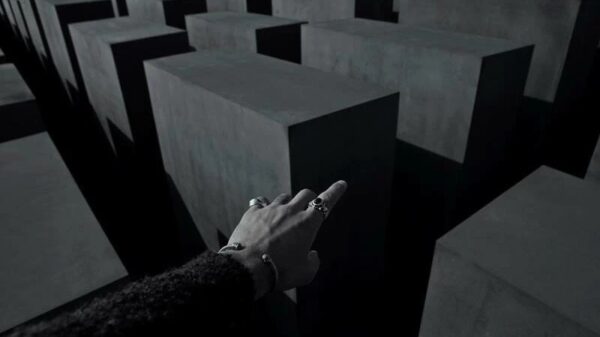 Aldous Huxley is the author of the prophetic science fiction book “Brave New World”.  He said: “Only a great popular movement in favor of...