Cloudsurfing conditions are fantastic in Switzerland at this time of year. Via Bubblews:

An amazing image, which looks like a shrouded Jesus Christ shadowed by a prayerful Mother Mary, has been found on Google Earth.The startling image was snapped by Google as its imaging vehicle drove along the A5 highway near Walensee, Switzerland.

The dramatic, mountainous landscape is enhanced by a steel-grey, storm cloud laden sky. Looming from the cloudscape appear two images, one black, the other a mix of white and pink, which bear an uncanny similarity to figures depicted in religious paintings for centuries.

Either way, it’s one of the spookiest, or most awe-inspiring results ever found on Google Earth. Here are the coordinates: www.goo.gl/maps/WRNx4 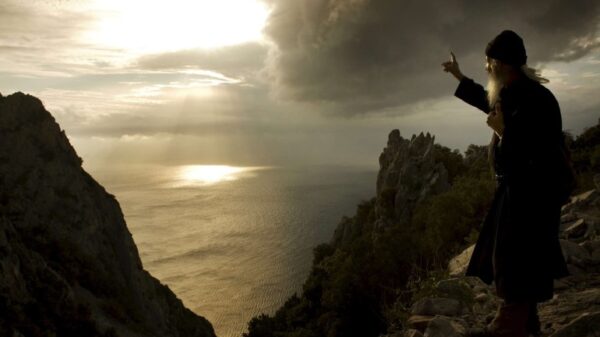