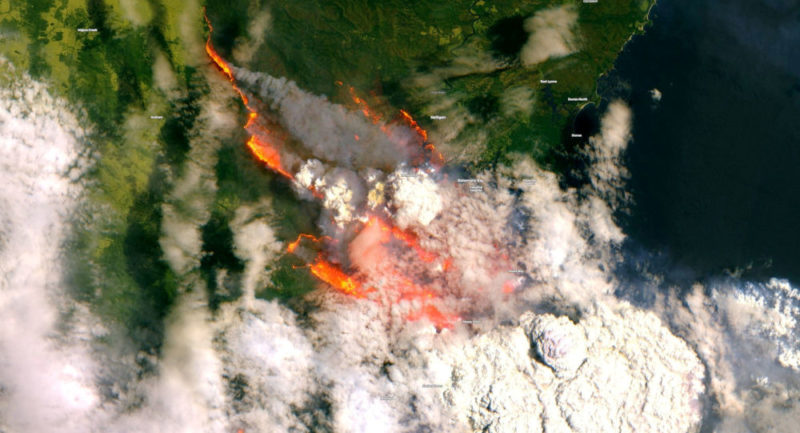 The Japanese satellite Himawari-8 has managed to capture the columns of smoke that cover the sky from Australia to New Zealand. The southern country is plagued by forest fires so severe that even satellites can detect flames and smoke from space.

The Himawari 8, from the Japan Meteorological Agency, was launched in October 2014. It now orbits the same point about 36,000 km above our planet. The Japanese satellite provides a panoramic view of the Earth and takes photos every 10 minutes.

The image taken by the Himawari 8 satellite two hours ago shows how the smoke column of Australia’s fires has moved more than 3000 kilometers after yesterday covering practically the entire southern island of New Zealand.

As many of us in the #EU are getting ready to celebrate #NYE2020, our thoughts are with all those affected by disasters, with refugees, with firefighters, emergency managers, paramedics etc. that are on duty in 🇦🇺 & all over#Sentinel2🇪🇺🛰 image of the Bateman Bay #NSW area 31/12 pic.twitter.com/L9Do8wKRPc

Fires on the Australian continent began in September due to natural causes, but most likely they have reached the current magnitude due to climate change. So far, more than 14 million acres have burned, about 500 million animals have died and hundreds of thousands of people have been displaced. The death toll from the catastrophe is at least 19 people.

Advertisement. Scroll to continue reading.
In this article:Australia fires, Himawari-8 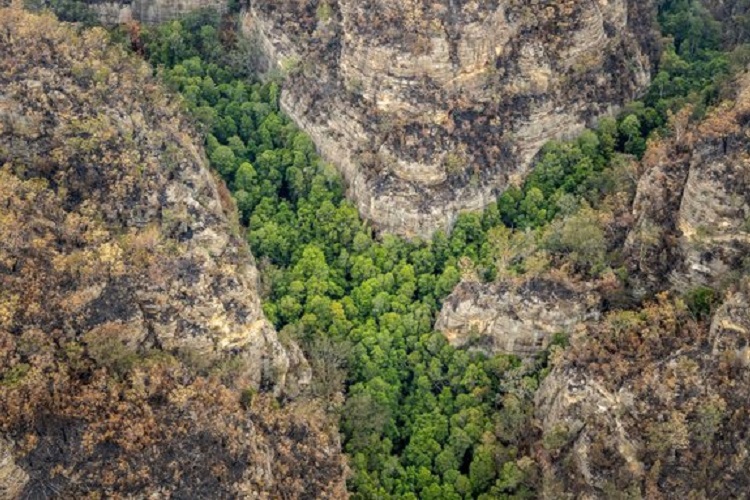 Australia Firefighters Save the Only Wild Prehistoric Wollemi Pines on Earth

Olivia Rosane, EcoWatch Waking Times It looks as if firefighters in Australia have succeeded in saving a secret grove of prehistoric trees belonging to a species that dates... 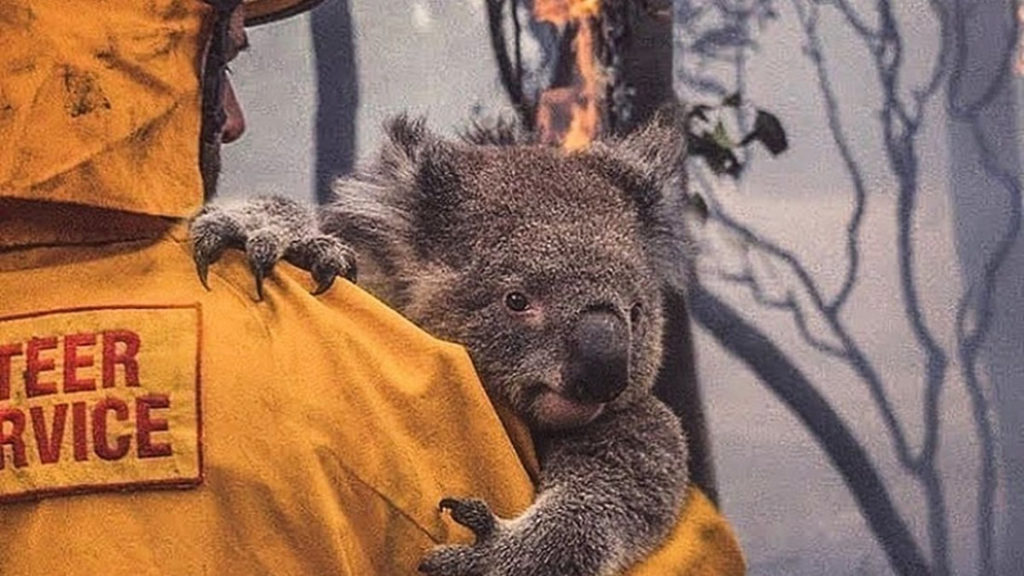 You can volunteer in Australia and help hundreds of animals

Australia has been plagued by voracious and unstoppable fires since September 2019. Thousands of firefighters try to stop the progress of the flames and...