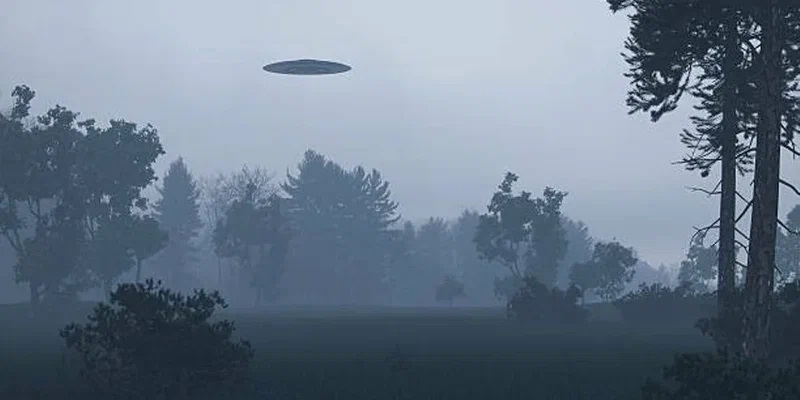 A private Japanese UFO research institute based in Fukushima has been collecting evidence for more than a year that life exists outside of Earth. The team of scientists studied over 450 images and videos of aliens and found four cases that defy explanation. The pictures have already been analyzed by specialists who have confirmed that the photos are original and have not been edited.

The Fukushima UFO Research Institute in Japan received 452 UFO sighting reports in 2022. At the presentation of the annual report, the institute showed 125 photos and 24 videos from the collected database, the Yomiuri Shimbun newspaper writes.

Tourists took one of the pictures in September 2018 on the Tateyama-Kurobe mountain route, which connects Toyama and Nagano prefectures. In the photo, a black object hovered in the sky, similar to a classic flying saucer.

In the second picture, the photographer was in the plane and was shooting the wing of the plane from the window. In the distance, in the clear daytime sky, a red light was visible, the source of which could not be determined. This photo was taken in July 2021.

The rest of the images contained similar evidence of alien life. They were introduced by the head of the institute, Takeharu Mikami, during a video presentation.

He noted that the purpose of the research center is to collect information about UFOs, systematize it and investigate. In the US, scientists have been talking about aliens for a long time, but the Japanese have little interest in this topic. Mikami plans to fix it.

In this article:Japan, UFO Sightings