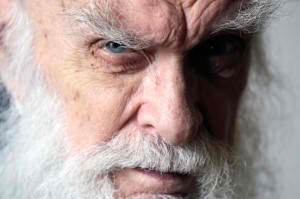 James Randi, Skeptic… you betcha. Tolerant… not so much. via Daily Grail

I’ve previously posted here about the Social Darwinist-leaning comments of James ‘The Amazing’ Randi, such as this entry on his website where he supported the legalization of drugs, apparently largely for the simple reason that it would kill off a lot of people he doesn’t like:

“[T]hose individuals who were stupid enough to rush into the arms of the mythical houris and/or Adonis‘s they would expect to greet them, would simply do so and die – by whatever chemical or biological fate would overcome them… [T]he principle of Survival of the Fittest would draconically prove itself for a couple of years, after which Natural Selection would weed out those for whom there is no hope except through our forbearance.

…Any weeping and wailing over the Poor Little Kids who would perish by immediately gobbling down pills and injecting poison, is summoning up crocodile tears, in my opinion. They would – and presently do – mature into grown-up idiots, and Darwin would be appalled that his lessons were ignored.”

One of the biggest surprises to me has been the almost complete lack of comment on these controversal opinions by other skeptics, and scientists who support Randi. The star of this legendary skeptic seems to burn so bright in the scientific firmament that his acolytes are blinded to some of his darker traits, such as his ‘creative’ recounting of events and the Social Darwinist leanings illustrated above.

However, that may change with the publication today of The Heretics: Adventures with the Enemies of Science, by Will Storr, which is a book-length exploration of this human tendency to blindness in people from all walks of life, including those who regard themselves as ‘critical thinkers’. My full review of Storr’s book will follow in the next day or so here on TDG, but for now I wanted to pull out a short section from the book where the author sat down with Randi and asked him directly about the controversial post I linked to above. It really should grab the attention of anybody who looks up to Randi, because when challenged on his comments, Randi did not recant, but instead apparently expanded on his thoughts, and explicitly confirmed their meaning:

“I’m a believer in Social Darwinism. Not in every case. I would do anything to stop a twelve-year-old kid from doing it. Sincerely. But in general, I think that Darwinism, survival of the fittest, should be allowed to act itself out. As long as it doesn’t interfere with me and other sensible, rational people who could be affected by it. Innocent people, in other words.”

Apart from contradicting his previous comments about “crocodile tears” for the “the Poor Little Kids” who would “mature into grown-up idiots”, Randi here comes straight out and nails his colours to the mast: “sensible, rational people” (like him, apparently) are “innocents” who don’t deserve to be “affected” by his extreme views of survival of the fittest, but everyone else is fair game. Why do they deserve this fate? Because, says Randi…

“These are stupid people. And if they can’t survive, they don’t have the IQ, don’t have the thinking power to be able to survive, it’s unfortunate; I would hate to see it happen, but at the same time, it would clear the air.”

Please do read that paragraph again. If you didn’t get at least a metaphorical shiver down your spine, I don’t know where your head is at.

Oh, and people with inherited mental illness, Randi also apparently wants the contraception squad sent out for you:

“I think that people with mental aberrations who have family histories of inherited diseases and such, that something should be done seriously to educate them to prevent them from procreating. I think they should be gathered together in a suitable place and have it demonstrated for them what their procreation would mean for the human race.”

I know some other folk who were “gathered together in a suitable place” because another bunch of people didn’t want them contaminating the human race (trying my hardest not to invoke Godwin here, but when you’re traveling in the same territory…).

There’s lots more of interest in the chapter on Randi – I’ve only touched on one excerpt here – and indeed in the whole book. It’s a fascinating exploration of our how we all have belief systems, a tendency to self-deception and the in-built ability to ignore facts as necessary. If Will Storr’s transcription of his entire interview with Randi is accurate (and I raise that question in the spirit of the book itself, not because I have particular doubts about the author’s account), this really should bring about the serious criticism of Randi that has so far been lacking within the skeptical movement, and which I have been encouraging for some time. 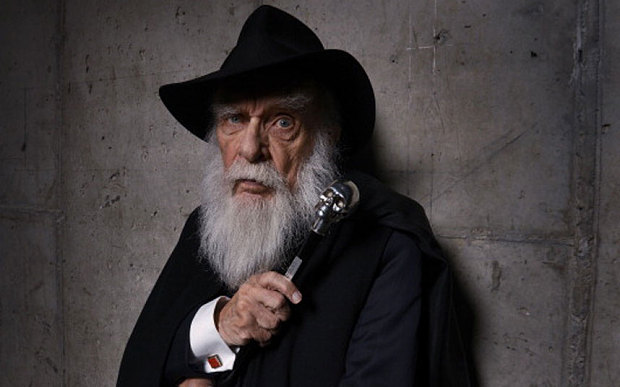 James Randi: debunking the king of the debunkers

By Will Storr James Randi, star sceptic and subject of the documentary An Honest Liar, is dedicated to exposing magicians and spoonbenders. Is he...