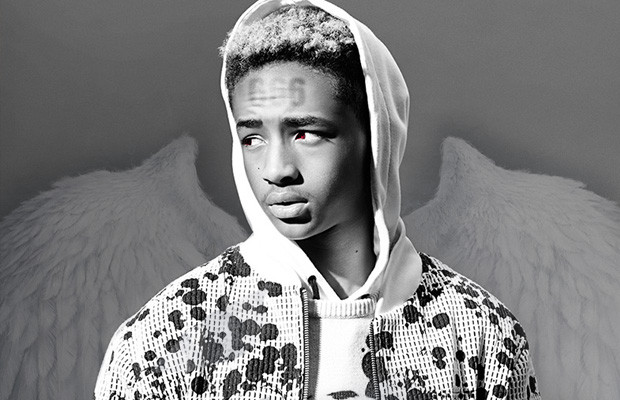 Jaden Smith, the son of rapper-actor legend Will Smith, has announced a new fashion line, which he titled “666.” Despite 666 being highly regarded as an evil number which references the mark of the beast, Jaden says the fashion line was inspired by God.

In an interview with Rolling Stone, Jaden spoke about his fashion line:

“God exists in all things that surround the fire that burns in the sky. She is responsible for all spontaneous ideas. In fact, 666 is not an evil number. This number is actually three part and represents the six angels that descended from the six Heavens, who are searching for the six prophets who are meant to lead the masses. Each prophet will be the exalted leader of that heaven. I have been chosen by one of those angels as one of those prophets. This line is not just clothing. Clothing is meant to cover, while 666 is meant to transform. To wear these clothes is to seek protection from the ills of the world and to pledge allegiance to my Heaven.”

Jaden revealed the line will feature non-traditional clothing for men to include tunics, dresses, long shirts, leather, and more.Jaden, along with his sister Willow, have become synonymous with off-the-wall thinking. Late last year the brother and sister spoke about prana energy and why schooling was overrated.

When asked about their experience with time, Willow and Jaden stated:

WILLOW: I mean, time for me, I can make it go slow or fast, however I please, and that’s how I know it doesn’t exist.

JADEN: It’s proven that how time moves for you depends on where you are in the universe. It’s relative to beings and other places. But on the level of being here on earth, if you are aware in a moment, one second can last a year. And if you are unaware, your whole childhood, your whole life can pass by in six seconds. But it’s also such a thing that you can get lost in.

WILLOW: Because living.JADEN: Right, because you have to live. There’s a theoretical physicist inside all of our minds, and you can talk and talk, but it’s living.
Advertisement. Scroll to continue reading.

WILLOW: It’s the action of it.

You can read the full interview at the NY Times.

In this article:666, Jaden Smith