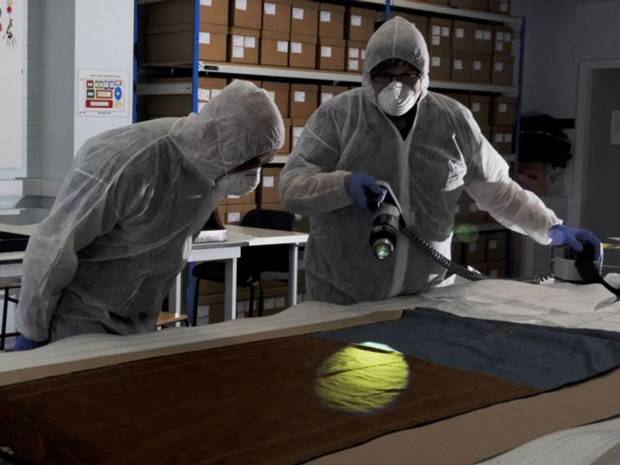 It was supposed to have been the definitive piece of scientific evidence that finally exposed the true identify of Jack the Ripper after he had brutally murdered at least five women on the streets of Whitechapel in the East End of London, 126 years ago.

A 23-year-old Polish immigrant barber called Aaron Kosminski was “definitely, categorically and absolutely” the man who carried out the atrocities in 1888, according to a detailed analysis of DNA extracted from a silk shawl allegedly found at the scene of one of his murders.

However, the scientist who carried out the DNA analysis has apparently made a fundamental error that fatally undermines his case against Kosminski – and once again throws open the debate over who the identity of the Ripper.

The scientist, Jari Louhelainen, is said to have made an “error of nomenclature” when using a DNA database to calculate the chances of a genetic match. If true, it would mean his calculations were wrong and that virtually anyone could have left the DNA that he insisted came from the Ripper’s victim.

The apparent error, first noticed by crime enthusiasts in Australia blogging on the casebook.org website, has been highlighted by four experts with intimate knowledge of DNA analysis – including Professor Sir Alec Jeffreys, the inventor of genetic fingerprinting – who found that Dr Louhelainen made a basic mistake in analysing the DNA extracted from a shawl supposedly found near the badly disfigured body of Ripper victim Catherine Eddowes. They say the error means no DNA connection can be made between Kosminski and Eddowes. Any suggestion therefore that the Ripper and Kosminski are the same person appears to be based on conjecture and supposition – as it has been ever since the police first identified Kosminksi as a possible suspect more than a century ago.

The latest flurry of interest in Kosminski, who died in a lunatic asylum, aged 53, stems from a book, Naming Jack the Ripper, published earlier this year, by Russell Edwards, a businessman who bought the shawl in 2007 on the understanding that it was the same piece of cloth allegedly found next to Eddowes.

“I’ve got the only piece of forensic evidence in the whole history of the case. I’ve spent 14 years working, and we have finally solved the mystery of who Jack the Ripper was. Only non-believers that want to perpetuate the myth will doubt. This is it now – we have unmasked him,” Edwards told The Mail on Sunday, which serialised his book.

Edwards commissioned Dr Louhelainen, a molecular biologist at Liverpool John Moores University, to carry out a forensic analysis of the shawl, including the extraction of any DNA samples that may be present within the cloth, which had been supposedly stored unwashed all this time by the family of the London policeman who had acquired the artefact.

Dr Louhelainen, who declined to answer questions, managed to extract seven incomplete fragments of mitochondrial DNA (mtDNA), and tried to match their sequences with mtDNA from a living descendant of Eddowes, called Karen Miller. The work has not been published in a peer-reviewed journal, and the only detailed description by Dr Louhelainen comes from Edwards’ book. “One of these amplified mtDNA segments had a sequence variation which gave a match between one of the shawl samples and Karen Miller’s DNA only; ie the DNA sequence retrieved from the shawl did not match with control reference sequences,” Dr Louhelainen writes.

“This DNA alteration is known as global private mutation (314.1C) and it is not very common in worldwide population, as it has frequency estimate of 0.000003506, i.e. approximately 1/290,000. This figure has been calculated using the database at Institute of Legal Medicine, GMI, based on the latest available information. Thus, this result indicates the shawl contains human DNA identical to Karen Miller’s for this mitochondrial DNA segment,” he says.

But experts with detailed knowledge of the GMI’s mtDNA database claimed that Dr Louhelainen made an “error of nomenclature” because the mutation in question should be written as “315.1C” and not “314.1C”. Had Dr Louhelainen done this, and followed standard forensic practice, he would have discovered the mutation was not rare at all but shared by more than 99 per cent of people of European descent.

“If the match frequency really is 90 per cent plus, and not 1/290,000, then obviously there is no significance whatsoever in the match between the shawl and Eddowes’ descendant, and the same match would have been seen with almost anyone who had handled the shawl over the years,” Professor Jeffreys said.

Dr Louhelainen appears to have made a basic error in calculating the frequency estimate. There are currently about 34,617 entries in the GMI database, and the figure would have been nearer to 29,000 when Dr Louhelainen carried out his research some time ago. So failing to find a match for a non-existent mutation should have given a frequency of about 1/29,000 – an error suggesting that he had placed a decimal point in the wrong place.

“The random match probability of a sequence only seen once [as claimed for the shawl] is therefore roughly 1/34,617. With a database of this size, it is impossible to arrive at an estimate as low as 1/290,000,” Professor Jeffreys said.

Other scientists echoed Professor Jeffreys’ concerns, including Mannis van Oven, professor of forensic molecular biology at Rotterdam’s Erasmus University, Professor Walther Parson of the Institute of Legal Medicine in Innsbruck, and Hansi Weissensteiner, also at Innsbruck and one of the scientists behind the computer algorithm used by Dr Louhelainen to search the mtDNA database.

A spokesperson for publishers Sidgwick & Jackson said: “The author stands by his conclusions. We are investigating the reported error in scientific nomenclature. However, this does not change the DNA profiling match and the probability of the match calculated from the rest of the haplotype data. The conclusion reached in the book, that Aaron Kosminski was Jack the Ripper, relies on much more than this one figure.”

In this article:Aaron Kosminski, DNA, Jack the Ripper