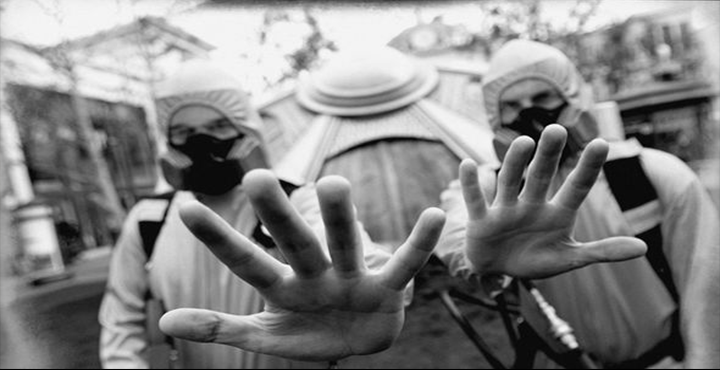 This is the stuff that the SSG tries to hide. Reports do vary as well as types of species. It is important to note that different files and studies were run separately by Nato, SSG private contractors and the USAF running Dreamland, Area 51, S4, Papoose Lake, Tonopah, etc . Please read, watch video, and SPREAD IT. 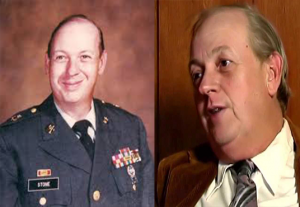 For 22 years he served in the United States Army. He was on many occasions asked to serve as the official-unofficial UFO consultant dealing with UFO Mathers in the areas of his assignment.

As a result of his involvement he was able to ascertain that the United States government knew a whole lot more about UFOs and it was telling the American public, that there was an intelligence involved, that there was a highly evolved technology.

He learned that to a degree we were carrying on a dialogue with this intelligence, we were making every effort we could to acquire this technology and make it part of our own existing technology. We did this, he was told, in the interest of national security.

We also had an officially sanctioned deception program. This was in total disregard as to the impact this would have on the individual witnesses and also on their families, this automatically led to his disillusionment with the program in his involvement in it.

No government has the right to destroy the lives of the people which it is supposed to serve.

While he was in the military, and he got to the point where he was no longer interested in trying to be part of the program and actually was going against the problem, and he started to be very open and talking about what was going on, this resulted and every effort being made to try to destroy his military career, he was threatened and they even tried to force his military retirement, or he could face possible court-martial. These actions felt of course .

At one point he even had an individual come up to him point a gun at mhis head and inform him they could have a training accident. And this would end in foolishness once and for all.

He said that he firmly believe that those of us that served in a capacity of the US government in some form or fashion and who were exposed to the truth, we have a moral obligation to the UFO witnesses, the real victims of the UFO phenomena, to expose once and for all this policy and to reveal the truth and that that is we are not alone in the universe. 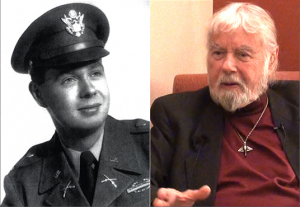 Quote:
“I must tell you honestly that my life has never ever quite been the same, because I read first-hand reports, verifiable Nato military material that indicated that the UFOs were not only real, that they represented something far beyond anything I had ever imagined it before.

One day at lunch, a lieutenant colonel made the remark he says: Jesus do you realize they could even be in the White House?

When I retired in 1976, many of our military people knew at that point that we were not simply dealing with visitations from people from other planets four star systems, they had concluded by ’76 that some of these visitors very well might be multi-dimensional in their source.

There are a lot of new young scientists in particle physics today who who talk about multiple dimensions, there’s a young brilliant young professor in New York by the name of Michio Kaku, who has written a brilliant book called “Hyperspace” , where they talk about 10 separate dimensions.

I’m not enough of a physicist to try to explain to you what a dimension is, but the idea that there could be intelligences from somewhere else, from other dimensions coming and going into our reality, it’s been quite a shake-up in traditional science.

I guess I speak out openly and bluntly about this because I feel so strongly about it. I violate my security oath every time I speak about it I do it intentionally and I do it on purpose, because I feel so strongly that the American people not only have a right to know the truth but they have a need to know the truth. The truth apparently is simply this, that we’re not alone, we’ve never been alone. We are apparently part of an infinite universe filled with intelligent life, I find that exciting, it doesn’t frighten me.

The shape study concluded in 64 that if they, whoever they were, were malevolent or hostile, that they could have taken this planet and cleaned it up and eliminated us, turned us into dog food or whatever, a long long time ago, that the historical evidence indicates that they’ve been with us a long time and I’ve concluded that we had what I like to call an intimate interrelationship with at least one of those groups, the group that looks exactly like we do. And that point is I don’t like the word Alien, I don’t think the term alien is appropriate at all here, I like to refer to them as family, were related to them.

I think they had a hand in our being here and I think the time has come were about to meet our extended family. It’s going to be very soon and the people are not ready, and one of the reasons I do speak out so bluntly and so openly is if in some small way I can help people get prepared for this, because I believe that this reality, once we have accepted it and understood it and gone beyond the fair, will bring about an expansion of consciousness in the human race. That will truly help us prepare us to go out there and take our rightful place in that infinite community of life.”