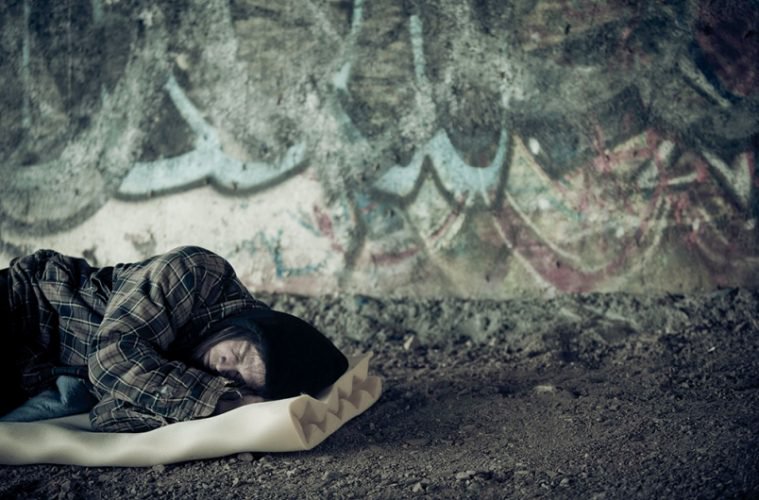 Can you imagine not coming home every evening to your own space? We often take our living spaces for granted, forgetting that so many people don’t have the same luxuries as we do.

In industrialized nations, the homeless tend to be overlooked, thanks to the presence of affluence and social classes. These hierarchal structures have a unique ability to separate us, encouraging us to compete with one another and focus on our individual wants rather than the needs of the collective.

It’s estimated that more than half a million people are forcibly homeless on any given night in America. They have nowhere to go, and cities have nowhere to put them, because there simply aren’t enough safe shelters to satisfy demand.

In order to develop a greater understanding of what it’s like to be homeless, the Mayor of Salt Lake County, Utah, Ben McAdams, spent three days (two nights) living on the streets. According to the Mayor, his experience was “shocking.”

Salt Lake Mayor Learns What It’s Like to Be Homeless

McAdams’ social experiment took place on March 24, when he left his office to embark on his three-day journey living on the streets. Clearly his experience happened months ago, but it’s only coming out now because he tried to keep it under wraps, not wanting it to seem like a “publicity stunt in the face of human suffering.”

His first night was spent sleeping literally on the streets, because he wanted to further understand why someone would choose to sleep on the street rather than in a shelter. It was raining and extremely cold, given that it was mid-March.

“It was cold — below 40s,” McAdams explained. “You wonder why people would choose to do that, knowing that there were beds available in the shelter.”

Well, they certainly got their answers when they visited a shelter the second night, as it was filled with drugs and violence. Shelters aren’t like hotels — you don’t get the comfort of privacy. McAdams allegedly watched someone in the same dorm room inject drugs into his arm, and witnessed a fight, too.

“I don’t want to focus on my brief firsthand experience because I know there are people who see the same and worse every single day,” he said. “The things I saw in my very brief time were shocking and reaffirmed my commitment to take action now.” 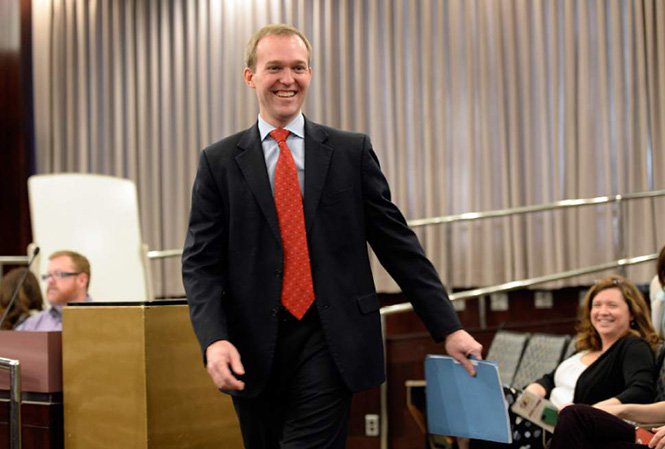 McAdams was told not to remove his shoes because they would be stolen and not to go to the washroom because it was too dangerous.

It’s not just adults seeking shelter at these places, it’s families and children as well.

“What psychological trauma is probably inflicted on a child who doesn’t know where he’s going to sleep or where his next meal is going to come from?” McAdams asked, explaining that “we’ve got to do better for these kids.”

Keep in mind that when people conduct social experiments like these, they’re only getting a taste of what it’s truly like to live with these issues. Yes, they’re placing themselves directly in the heart of the issue, but they don’t actually know what it’s like to feel homeless. At the end of the day, if anything went wrong, they know they have the comforts of a warm bed, food, and healthcare to fall back on.

The Mayor was also in familiar company, as one of his colleagues conducted the social experiment with him, posing as another homeless person. They both left behind their wallets, with no money or IDs on hand, so they could truly deepen their understanding of the homeless system.

So, what was the Mayor’s key takeaway from his experience? McAdams said that after only getting an idea of what it’s like to be homeless, “doing nothing is not an option, even if it’s the end of me politically.”

It’s stories like these that really inspire positive change in the world. It seems that this Mayor is truly hoping to make a difference in the world by reducing the number of homeless people in America.

If you can’t afford to make a donation, I encourage you to at least smile at homeless people rather than ignoring them. Feel compassion for their situation rather than simply walking by them as if they’re not there.

You could even keep some granola bars in your car for any time you drive past a homeless person at an intersection. You can always think of innovative ways to help people out, so get creative!

In this article:homeless, positive change