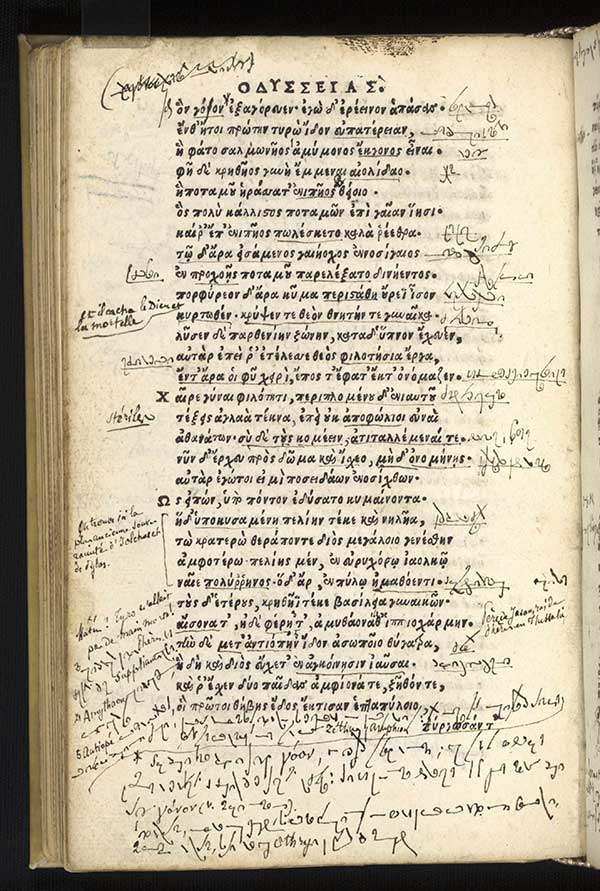 Once upon a time, somebody read this 1504 edition of Homer’s “Odyssey,” and, apparently taken by it, wrote in the margins of Book 11, which describes the journey to the underworld of Hades.

The man who donated the book to the University of Chicago wants to solve the mystery of what was handwritten around the text, and is offering $1,000 to whoever can successfully decipher the notes.

The unidentified donor suspects the script is a kind of 19th-century shorthand, possibly French, but “he acknowledges that this hypothesis remains unsupported by any evidence offered to date,” according to the University of Chicago.  The notes appear on only two pages. It may be worth noting the University of Chicago is the same institution where, in 2012, a mysterious package arrived, addressed to “Henry Walton Jones, Jr.,” better known as Indiana Jones. It turns out the item was a replica from the 1989 film “Indiana Jones and the Last Crusade.” The piece of memorabilia had apparently been sold online and fell out of its outer packaging en route to its buyer.

This mystery is sure to be a lot tougher to crack. We broke out our secret decoder ring but were immediately stymied when we realized the book’s text is written in Greek. Perhaps there is somebody out there with the time and expertise to break the code. If so, there’s a $1,000 waiting, as well as an unprecedented amount of nerd cred.

So, what are you waiting for? Spread the word and let’s solve this thing.