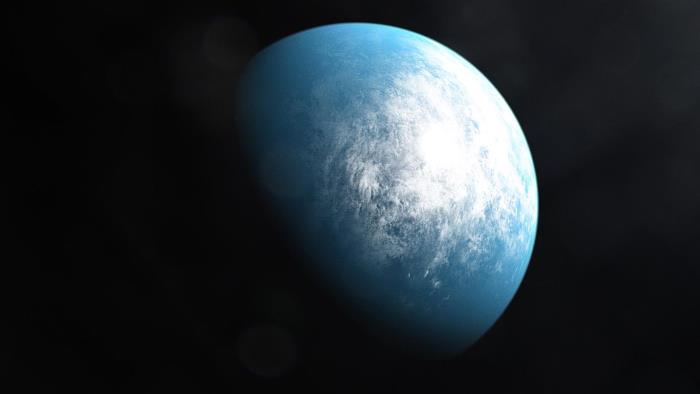 The TESS Space Telescope has discovered a planet on which oceans may exist. In addition, the exoplanet revolves around a quiet star, and this compares favorably with other candidates for the title of the cradle of extraterrestrial life. This is the first, but certainly not the last potentially inhabited world discovered by the TESS Observatory.

The space telescope was launched in 2018. Its task is to search for exoplanets, including those similar to Earth.

TESS has discovered 17 Earth-like planets orbiting 11 stars so far, according to a press release for the new study. All these luminaries are red dwarfs, which are smaller and colder than the Sun.

The TESS team divided almost the entire sky into sectors, each of which is observed for 27 days. However, these areas partially overlap, so some luminaries remain in the field of view of the device for much longer.

The TOI-700 star (aka TIC 150428135) is one of those “lucky ones”. Thanks to this, astronomers have discovered as many as three exoplanets about the size of the Earth.

The first of them (TOI-700b) has a radius almost equal to that of the Earth and revolves around its sun in 10 Earth days. The next planet, TOI-700c, is much larger than its neighbor (2.7 times the Earth’s radius). It makes a complete revolution in 16 days.

However, the most interesting of all is the third exoplanet from the planet TOI-700d. Its radius is 1.1 terrestrial, and its orbital period is 37 terrestrial days. It is this orbit around the cool local sun that makes the TOI-700d “right to life.”

According to scientists, the planet receives 86% of the heat that goes to the Earth. This means that the temperature on this celestial body allows for the existence of liquid water and, therefore, the biosphere. According to experts, the exoplanet is in the habitable zone.

Three scientific articles published in the Astronomical Journal are devoted to the newly discovered world.

The first describes the discovery of this planet using the TESS telescope.

The second publication is devoted to the observation of an exoplanet using the Spitzer space infrared observatory. The telescope received this data in October 2019 and January 2020, shortly before the termination of its mission.

Finally, the authors of the third research paper simulated the possible climate of TOI-700d.

The researchers examined two dozen scenarios that differ from each other in the composition of the planet’s atmosphere, the amount of water on it, and other characteristics. Their conclusion is optimistic: a climate suitable for life is obtained in a fairly wide range of conditions.

It is important that TOI-700, unlike most other red dwarfs, is a calm star, not prone to catastrophic flares. That is, TOI-700d has every chance of preserving the atmosphere and hydrosphere for billions of years.

Of course, not without a fly in the ointment. TOI-700 is more than a hundred light years from Earth. It’s too far away to directly study the atmosphere of a small planet like TOI-700d, even with the future James Webb telescope .

However, the capabilities of astronomical instruments are growing rapidly. Perhaps in a few decades, scientists will carefully study the mysterious exoplanet and (who knows?) will find signs of the existence of life on it.