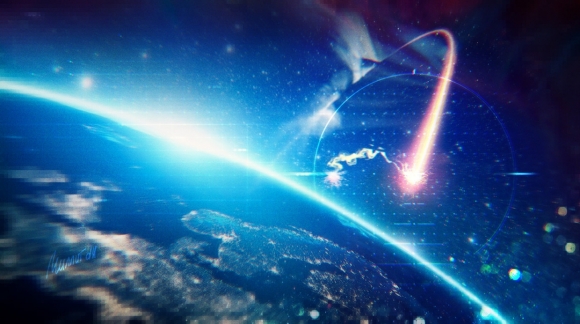 The American edition of The National Interest published an article in which it spoke about a superweapon that the United States plans to develop in the near future.

In 2019, the aviation department of the United States Air Force Center (NAWCAD) filed a number of seemingly very strange patents that could theoretically revolutionize not only military aviation, but practically everything. Chief among these strange new inventions is a high-energy electromagnetic field generator that can generate massive amounts of energy with far-reaching military and commercial implications. Interestingly, the patent is very reminiscent of the long-standing theories put forward by UFO researchers about vehicles apparently used by “alien visitors” of our world. If you think this story is crazy, then you are wrong.

Believe it or not, an electromagnetic propulsion system that would allow the Navy to build its own flying saucers may not be the wildest dream of American designers. According to recently published documents, another branch of this work is related to the concept of a compact thermonuclear reactor, which, among other things, could allow the creation of “space-time” weapons.

These patents were obtained as a result of the work of the US aerospace engineer Dr. Salvatore Pais. As crazy as his inventions sound to us, the Navy clearly believes they have something in them. So far, it has been confirmed that the Navy has invested over $ 466,000 in assistance to this program.

A working thermonuclear reactor would be a fundamentally different means of energy production than the fission reactors used today in nuclear power plants. Technically speaking, fusion reactors already exist, but they have never been efficient enough here on earth to actually be used to generate power (the sun, however, is a good example of a nearby fusion reaction on a massive scale). Whereas nuclear reactors, in everything from power plants to aircraft carriers, produce energy by fissioning a nucleus into two lighter nuclei (fissioning an atom). Fusion energy will involve the fusion of two or more nuclei. They combine into one heavier element – most likely, hydrogen atoms merge into one helium.

In theory, an efficient fusion reactor could end humanity’s dependence on fossil fuels. One of the potential applications of this technology could be the most powerful weapon ever conceived by humanity. This same technology can actually nip many potential conflicts in the bud. After all, much of the fighting at the most basic levels can be explained by competition for resources. With nearly unlimited fusion power, the competition would be much less.

It is important to note that fusion energy can also be much safer than the means of generating fission energy that we are familiar with. While it is a common misconception that nuclear power plants can “explode” during a melt like a nuclear weapon, the consequences that result from such a melt are still incredibly serious, as we’ve seen in places like Chernobyl and Fukushima. These escaping chain reactions produce massive amounts of radiation. Fusion, on the other hand, is not affected by this effect.

At the time, Lockheed Martin estimated that their compact fusion reactor could provide a constant supply of 100 megawatts of energy, enough to fly an entire aircraft carrier or power nearly 100,000 homes using only about 25 pounds of isotopes of hydrogen, deuterium and tritium. Not bad for something that you can put in the nose of the F-16.

It is impossible to say at this point whether the United States and Dr. Pais have succeeded in creating something truly groundbreaking in their research. The recent dumping of the documents shows, at least since the inception of these documents, they have yet to prove or disprove the premise of his high energy electromagnetic field generator (HEEMFG) in their experiments to date.

Obviously, research will continue, but there is one thing we already know for sure: if and when this technology does bear fruit, it could be used to fundamentally change almost everything in our world today!

In this article:NAWCAD, space-time weapons