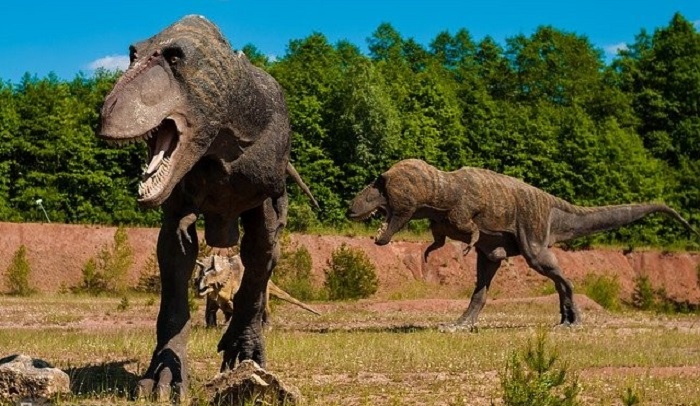 The most popular theory is that dinosaurs living on planet Earth have died massively since the collision of a huge asteroid with the planet, forming the Chicxulub Crater in Mexico.

For many years it was believed that this particular asteroid was responsible for the last mass extinction of animals in history.

But, it has recently turned out that everything started earlier.

Northwestern University Scientists  in the United States investigated the fossilized shells of ancient molluscs and snails discovered earlier in Antarctica. More specifically, they carried out an isotopic analysis of the calcium contained in them.

They found a very high carbon dioxide content, which showed a strong greenhouse effect. Furthermore, dating shows that this happened before the fall of the asteroid, 65-66 million years ago.

Most likely, the greenhouse effect is related to the eruption of many volcanoes in the so-called Deccan Traps, an area of ​​the Deccan Plateau in western and central India, which is one of the largest volcanic formations on Earth.

Due to the fact that these volcanoes release a lot of smoke and dust into the atmosphere, blocking access to the sun, animals have already suffered and died on Earth when this asteroid fell on the planet and dramatically accelerated all processes.

The huge volume of carbon dioxide strongly oxidized ocean water, which affected the chemical composition of the shells of snails and molluscs.

When the asteroid fell, water oxidation jumped to record levels. Therefore, not only terrestrial dinosaurs but also marine lizards, along with large molluscs, have disappeared as a result of the disaster.

According to scientists, analysis of the ancient greenhouse effect also allows us to predict what might happen on the planet these days, when carbon dioxide levels (CO2) also increased, but already due to anthropogenic impact (human activity).