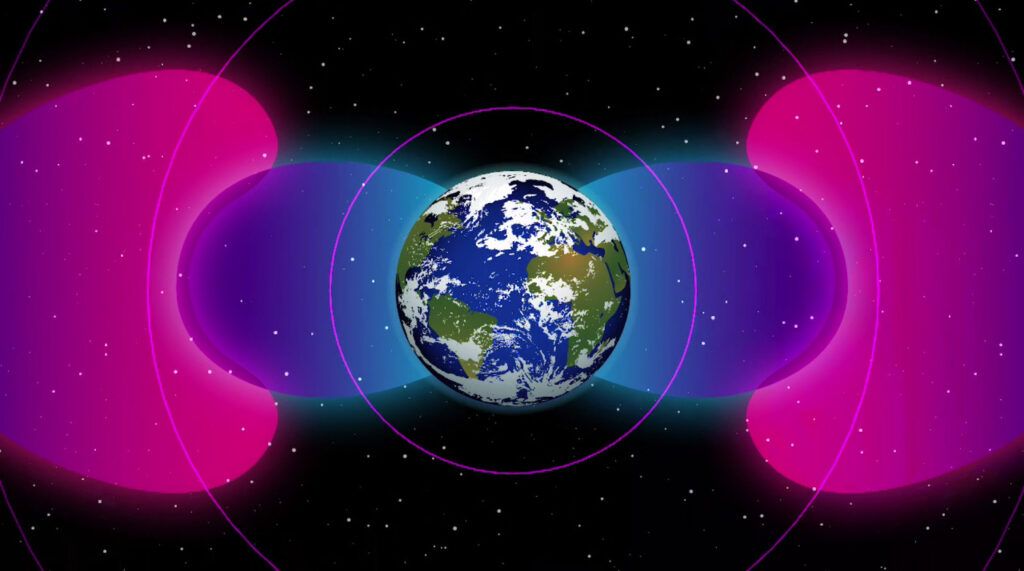 NASA scientists have discovered a massive “barrier” around the Earth, formed as a result of the technological activities of mankind – industry, radio communications, nuclear explosions. Despite the fact that this activity negatively affects the planet itself, the impact on the cosmic environment turned out to be positive.

Science Alert magazine tells about the discovery of a group of scientists from the USA and Great Britain.

The discovery makes it clear that the influence of humanity on the environment is not limited to the atmosphere of our planet and spreads further into outer space. The resulting space bubble, oddly enough, plays into the hands of humanity.

The earth is surrounded by two radiation belts that stop cosmic radiation, preventing charged particles from reaching the surface. However, now scientists can talk about the expansion of this barrier – in 2017 they noticed that dangerous solar radiation did not reach the boundaries of natural magnetic belts.

Research into this phenomenon has shown that over the past decades, this barrier has actually stretched the Earth’s magnetic belts further into space, and the fluxes of radiation stop much further than they did back in the 1960s.

The anthropogenic impact on outer space began at the end of the 19th century and reached its peak in the 1960s, when the United States and the USSR began testing nuclear weapons at high altitude. These explosions created an artificial radiation belt around the Earth.

“A series of experiments and observations have shown that under certain conditions, VLF radio signals can actually affect the properties of the high-energy radiation environment around the Earth,” one of the team, Phil Erickson of the MIT Observatory said.

Other factors influencing space were chemical emissions, heating of the ionosphere  – high-frequency waves and the interaction of very low-frequency waves with the radiation belts of the planet. Very low frequency waves, which began to propagate for engineering, scientific and military purposes from the second half of the twentieth century, made the greatest contribution to creating an additional barrier for our planet.

Frequencies of 3-30 kilohertz are too weak to transmit audio signals, but they work well for transmitting encoded messages over long distances and deep under water. They were never used outside of Earth, and it turns out that they penetrated into space and as a result led to the expansion of the protective barrier of the electromagnetic belts.

It is noted that currently the strengthening of the planet’s protection from cosmic radiation is the only positive result of human impact on the environment.