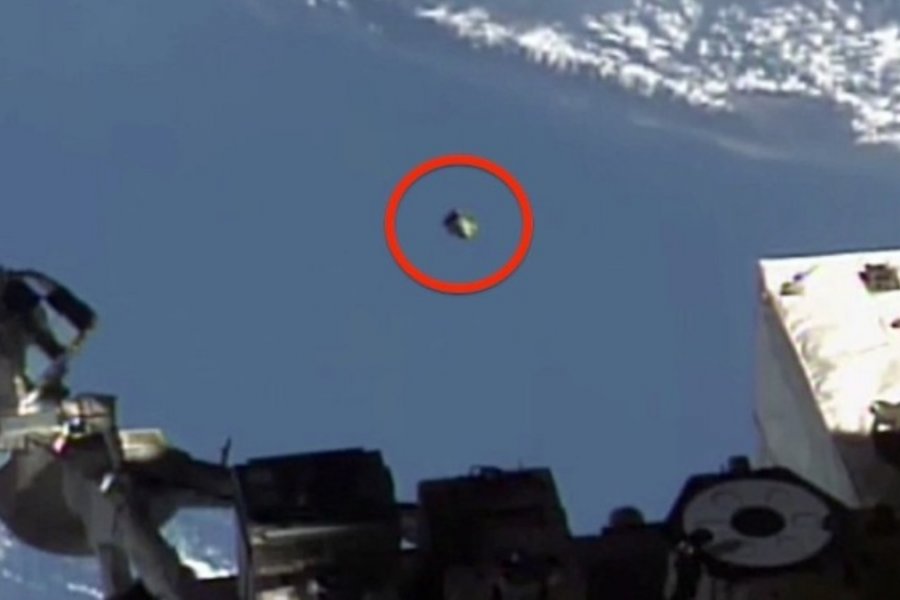 The ISS camera captured a fleet of more than 150 unidentified flying objects in Earth orbit. It managed to record something similar eight months ago, but then it was visible how thousands of UFOs rush to leave the Earth. In this regard, adherents of the conspiracy theory concluded that representatives of extraterrestrial civilizations are leaving our planet due to fear of the coronavirus.

The new appearance of the UFO flotilla was recorded by the ISS camera last night, November 16. The flotilla showed up during a live broadcast from the International Space Station.

All UFOs in Earth’s orbit did not fit into the field of view of the camera, but it can be seen that there are over 150 of them. These are not the lights of large cities, which can sometimes be seen on broadcasts, and not Elon Musk’s satellites.

“If more than 150 unknown space objects fly in the orbit of our planet, why does NASA, Roskosmos, or ESA, do not consider it necessary to explain to earthlings what kind of devices were shown on the broadcast?”

A similar flotilla, by the way, was spotted in one of the October broadcasts, but the UFO cluster was then much smaller.

Moreover, these UFO fleets do not fly constantly – no, they also appeared five months ago, and then disappear, but where and for what purpose do they travel in such quantities?

In this article:ISS camera, UFO flotilla