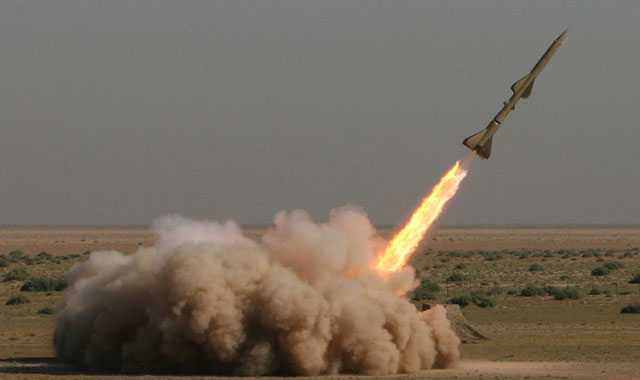 Israeli military experts have concluded that a conventional strike on Iran’s   nuclear facilities may fail, and have been forced to change their plans   accordingly, The Sunday Times reported Sunday, quoting Western intelligence and   defense sources.
“Israel’s plans have been constantly evolving in recent   years according to the progress Iran is making,” The Sunday Times quoted a   senior defense source as saying.
According to The Sunday Times, Western defense   experts discovered Iran’s Fordow nuclear site is hidden deeper underground than   previously thought and therefore safe from conventional air strikes.
The   Sunday Times report, quoting Western defense experts, added that due to the   “upgraded” progress of Iranian enrichment, Israel has to change its tactics to   prevent a loss of up to 20 percent of its planes in a conventional air   strike.
Defense experts claim Israel have two options, either deploy   special forces on the ground, or use ballistic missiles with tactical nuclear   warheads, the British paper reported.
The report follows a Channel 2   investigation that discovered Prime Minister Binyamin Netanyahu and Defense   Minister Ehud Barak ordered the IDF to raise its alert level ahead of a possible   attack in 2010.
During a meeting of select senior ministers, Netanyahu   allegedly ordered the IDF to raise its state of alert to “Pplus,” reserved for   an imminent state of war, according to the report.
Then-IDF chief of   staff Lt.- Gen. Gabi Ashkenazi and then-Mossad chief Meir Dagan considered the   order “illegal” and resisted it.
Among the arguments used most against a   solo Israeli attack is an argument voiced by Gen. Martin Dempsey, chairman of   the US Joint Chiefs of Staff. He said that an Israeli attack could not take out   the Iranian program.
However, setting Iran’s nuclear plans back a few   years to buy time for regime change or other unforeseen developments would be   good in its own right, even if Israel cannot completely take out Iran’s nuclear   program, Prime Minister Binyamin Netanyahu said recently, the Post   learned.
Netanyahu, in private meetings, repeated a number of times that   before Israel’s 1981 attack on Iraq’s Osirak nuclear reactor, the Mossad and   Military Intelligence were opposed because they thought the best that could be   done was to delay the program for a couple of years.
Barak – who has   emerged as the most bellicose minister regarding Iran – told the Knesset, “I   believe that it is inestimably more complicated, inestimably more dangerous,   inestimably more complex, and inestimably more expensive in terms of human life   and resources to deal with a nuclear Iran in the future.”
“There is a   forum of nine [ministers], there is a security cabinet, and when a decision   needs to be made [on an Iran strike] it will be taken by the Israeli   government,” Barak added.