When videos of ghosts come out, often it is really tough to see what is going on in them. Sometimes the “ghost” could just be smoke, other times it might be a camera issue, sometimes it is just too hard to tell what’s going on. However, a new video is being called one of the best clips of a ghost ever.

The eerie footage comes from the Travel Channel series Ghosts of Morgan City. The show’s crew of paranormal investigators are checking out an LA plantation that’s reportedly haunted by a nurse. Things at the home have gotten so bad that the owner has called the police multiple times to report an intruder in the house, but no one has ever been found.

The show’s stars set up cameras all over the house to see if they could pick up on anything supernatural and not only did they catch something, but what it was shocked the group of veteran ghost hunters.

A camera in the quiet living room captured a white figure walking past a doorway in the darkness. One person even points out how you can see through the ghost to the other side of the room. 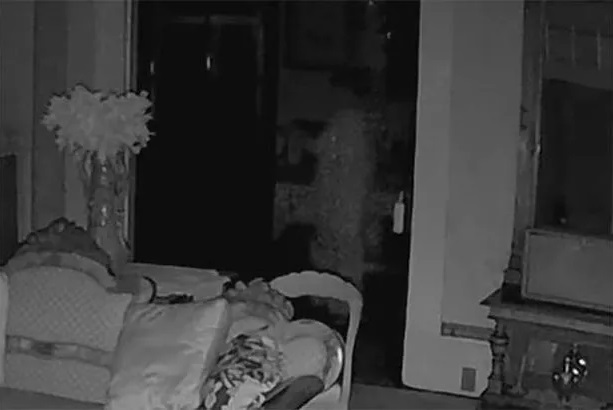 The investigators make sure to note that absolutely no one was in the house or went into it during the night. Comments on the chilling video include “The best capture of a full-bodied apparition, ever.” Meanwhile, others are skeptical, with one writing, “I really want to believe this, but it just looks like a real woman walking by the doorway.” Some even point out how reality shows based on the paranormal are historically dishonest so that they can get viewers.

The episode with the footage recently aired. Check your local listings for when you can catch it again.

Advertisement. Scroll to continue reading.
In this article:Ghost Hunters, Ghosts of Morgan City