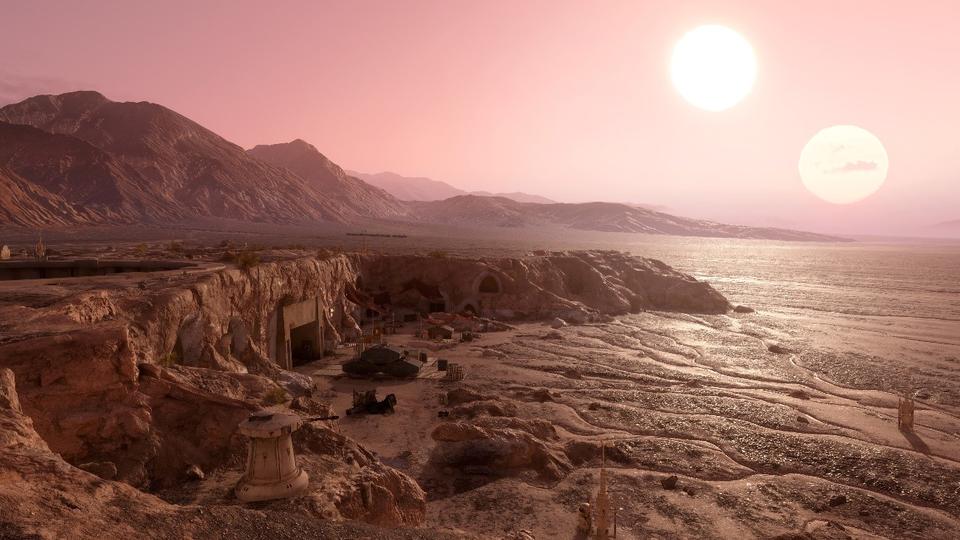 Astronomers have confirmed that binary stars may have habitable planets, and have named five systems in which to look for aliens.

The sun shines in the earthly sky in splendid isolation. But most of the stars known to observers are binaries. This is the name of a pair of luminaries orbiting around a common center of mass.

We know for sure that binary stars also have planets. Of the more than 2,600 worlds discovered by the renowned Kepler telescope, twelve boast double suns.

All these planets are not like Earth: they are ice and gas giants the size of Neptune and larger. But, perhaps, bodies of more modest size have simply escaped the attention of observers so far, because they are much more difficult to detect than giant exoplanets. Moreover, the existence of earth-like worlds there is evidenced by some indirect data.

The idea of ​​a habitable planet with a double sun was used in the famous Star Wars epic, where such a pair of stars shone over Tatooine.

But in real life, the double star system, and even with the presence of giant planets, is not the most suitable place for Earth 2.0. The gravity of several large bodies will literally pull the small exoplanet in different directions. This could cause it to fall on one of the stars, or it could throw it to the icy outskirts of the system, if not into interstellar space.

And even if the earthlike world has a stable orbit, it will most likely turn out to be very elongated. Because of this, the distance from the planet to its sun, and with it the temperature on the surface, will vary greatly during the local year. It is likely that such a changeable world will periodically plunge into either a deadly heat or an equally deadly cold.

Because of this, many experts doubt that Earth-like planets in binary star systems can be habitable, especially if there are giant exoplanets next to them.

The researchers took into account the mass and luminosity of all the stars in each system, the gravity of the known giant planets, and other factors.

Their conclusion is optimistic: out of nine systems, only two (Kepler-16 and -1647) cannot have habitable worlds.

In the other seven systems, earthlike planets can exist in stable orbits. Moreover, at each point of such an orbit, the temperature on the exoplanet will be compatible with the existence of liquid water. This means that life may well arise and develop there, possibly even intelligent.

Moreover, in five systems, namely Kepler-34, -35, -38, -64 and -413), habitable orbits can lie in a fairly wide range of distances from the star. The width of this so-called habitable zone ranges from 0.4 to 1.5 astronomical units (one AU is equal to the distance from the Earth to the Sun). And the Kepler-38 system is the best candidate for habitability out of the nine.

But for the Kepler-453 and -1661 systems, the habitability zone is very narrow. It is unlikely that the planet will be lucky to get into it. But when you think of the five potentially livable systems, the total score isn’t all that bad.

A scientific article with the results of the study was published in the journal Frontiers in Astronomy and Space Sciences.

In this article:earthlike planets, Tatooine