Egypt and its relics today represent a great challenge for science and for humanity. And the great Sphinx hides many mysteries still unresolved today. But probably, the great mystery that hides has been discovered but hidden from the public.

In 1979, the state of the sphinx became very bad. It was urgently necessary to take measures to save the monument – literally so that it would not lose its head. The previous clumsy restoration, carried out by the Egyptians themselves, using ordinary cement, only worsened the quality of the head of the statue in a few years.

It all started with a hole

During the first phase of restoration work by an American-Egyptian group of felahs named Mohamed Abd al-Mawgud Fayed, who as a child in 1926 was working on the extraction of the Sphinx from under the sand under the direction of the French engineer Emile Barazi, told the restoration leaders about the existence of a small hole in the neck sphinx, which he forgot and remembered only recently. According to this old man, it was possible to get inside the statue through the hole.

Struck by such an unusual revelation, members of the American Research Center for Egyptology, headed by Zahi Hawass and Mark Lehner, without a moment’s hesitation, grabbed the lanterns and, forgetting for a while about the head of the sphinx, made their way into it. What archaeologists discovered there did not resemble the description of galleries in any of the legends of ancient and medieval chronicles.

A well-tunnel was opened, formed by very narrow caves – no more than a meter wide, the total length of which was 9 meters. One of the wells leads up inside the body of the statue, following the curves of all its four paws, and the other goes down vertically and bumps into the rock. Both grottoes form an angle of 90 degrees. Their walls are unpolished and look no more finished than in Castilian wine cellars.

There were multiple attempts to get inside. Successful-unsuccessful – official Egyptologists do not advertise this. In 1989, a group of scientists from Waseda, led by Professor Sakuji Yoshimura, using modern electromagnetic radar devices, discovered tunnels and rooms directly under the sphinx. Immediately after their discovery, the Egyptian authorities intervened in the research, and the Yoshimura group was deported from Egypt for life. The same discovery was repeated in the same year by Thomas Daubecki, an American geophysicist. He managed to explore only a small area under the right paw of the sphinx, after which he was also promptly expelled from Egypt.

Robots in the tunnel

In 1993, a robot was sent into a small tunnel (20×20 cm) that went from the burial chamber of the Cheops pyramid, which found a wooden door with brass handles inside this very tunnel, into which it successfully rested. Next, for 10 years, scientists have been developing a new robot to open the door.

In 2003 they launched it into the same tunnel. It must be admitted that it safely opened the door, and behind it the already narrow tunnel began to narrow even more. The robot could not go further, but in the distance he saw another door. A new robot, with the aim of opening the second “shutter”, was launched in 2013. After that, tourist access to the pyramids was finally closed, and all research results were classified. Since then there has been no official news.

But there are many unofficial ones, one of which is actively lobbied and promoted by the American Casey Foundation (the one, by the way, who allegedly predicted the discovery of some secret room under the sphinx). According to their version, in 2013 they drove through the second door of the tunnel, after which a stone slab with hieroglyphs rose from the ground between the front paws of the sphinx, which told about a room under the sphinx and a certain Hall of Testimony.

As a result of excavations, the Egyptians got into this very first room, which turned out to be a kind of hallway. From it, the researchers went down a tier below and found themselves in a round hall, from which three tunnels went to the Great Pyramid. But then there are very strange data. Allegedly, in one of the tunnels the road was blocked by an energy field unknown to science, which three certain great people were able to remove.

After that, a 12-story building was discovered, going underground. The dimensions of this structure are truly grandiose and more like a city than a building – 10 kilometers wide and 13 kilometers long. In addition, the Casey Foundation claims that the Egyptians concealed a certain rod of Thoth, an archaeological artifact of world significance, which supposedly has the power of technologies unknown to mankind.

Of course, at first glance, the theory of Cayce’s followers seems to be complete nonsense and everything would have been so if the Egyptian government had not partially confirmed the discovery of a certain underground city. It is clear that there was no information from the official authorities about some energy force fields. Also, the Egyptian authorities did not recognize the fact that they did get into the city, therefore, what was found there is also unknown. But the fact of the recognition of the discovery of the underground city remains.

So the Sphinx gives people a new riddle, Zahi Hawass and members of the expedition of Dr. Joseph Martin Shor discovered a cleverly disguised secret chamber under the front paws of the Sphinx, where there was an entrance to a narrow tunnel. With the help of special equipment, it was possible to find out where the tunnel ends: it ended at a depth of 32 meters in a vertical shaft flooded in the lower part with water. After pumping out the water, a burial chamber with four columns was opened, in the middle of which stood a black granite sarcophagus.

They were afraid to open it, because the ancient scriptures did not bode well in this regard. And given that the local population firmly believes in these legends, the opening of the sarcophagus could cause popular unrest. After analyzing both the results of scientific research and the revelations of the clairvoyant, the director of the Giza archaeological complex from the Department of Antiquities of Egypt decided to stop further research on the Great Sphinx and the surrounding area.

In one of the last interviews, Zahi Hawass criticized the rumors, both about the great antiquity of the pyramids and about the discovery of a mine at the foot of the Sphinx.

He expressed his thoughts in a very short and intelligible way:

However, the government’s ban on further disclosure of the secrets of the sphinx would hardly be logical if the sphinx turned out to be a monolithic rock surrounded by sand and groundwater. the Egyptian government stops research as soon as they find something important and goes against the official theory.

Advertisement. Scroll to continue reading.
In this article:gateway, great Sphinx 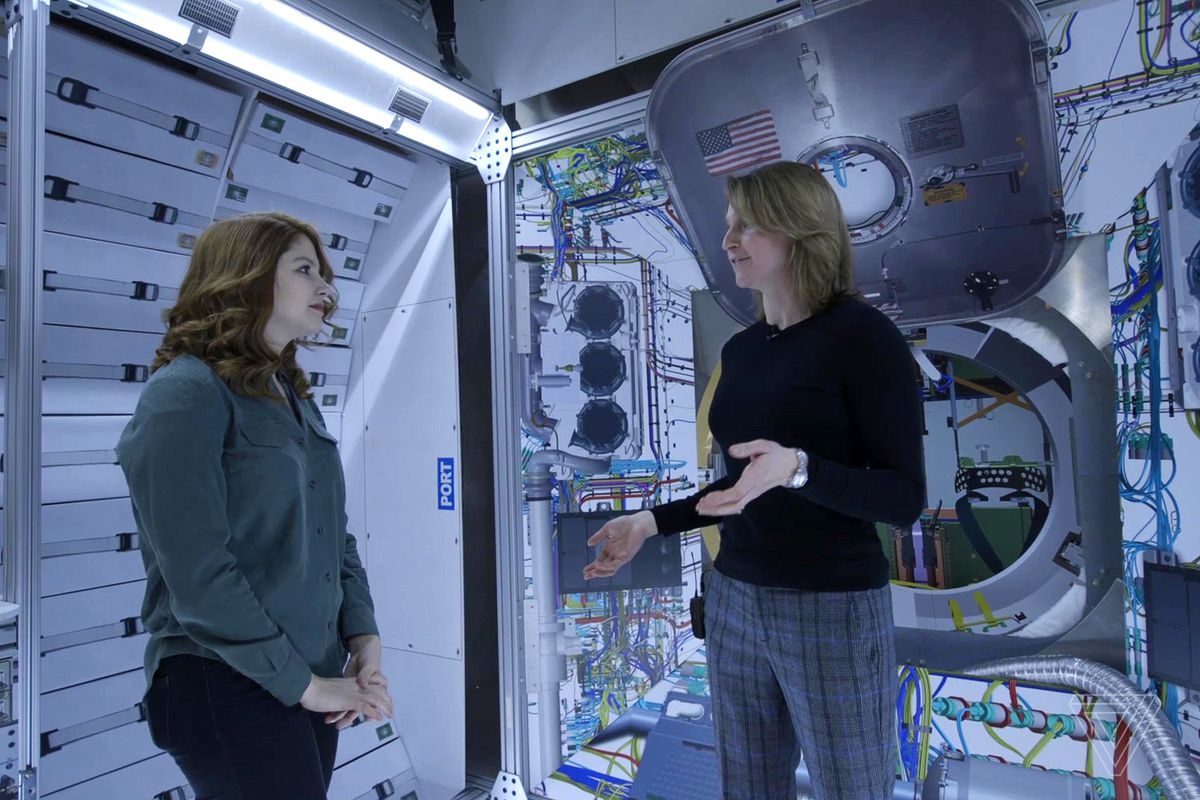 NASA wants to build another space station, but this one won’t live in a close orbit around Earth. Within the last year, NASA has...