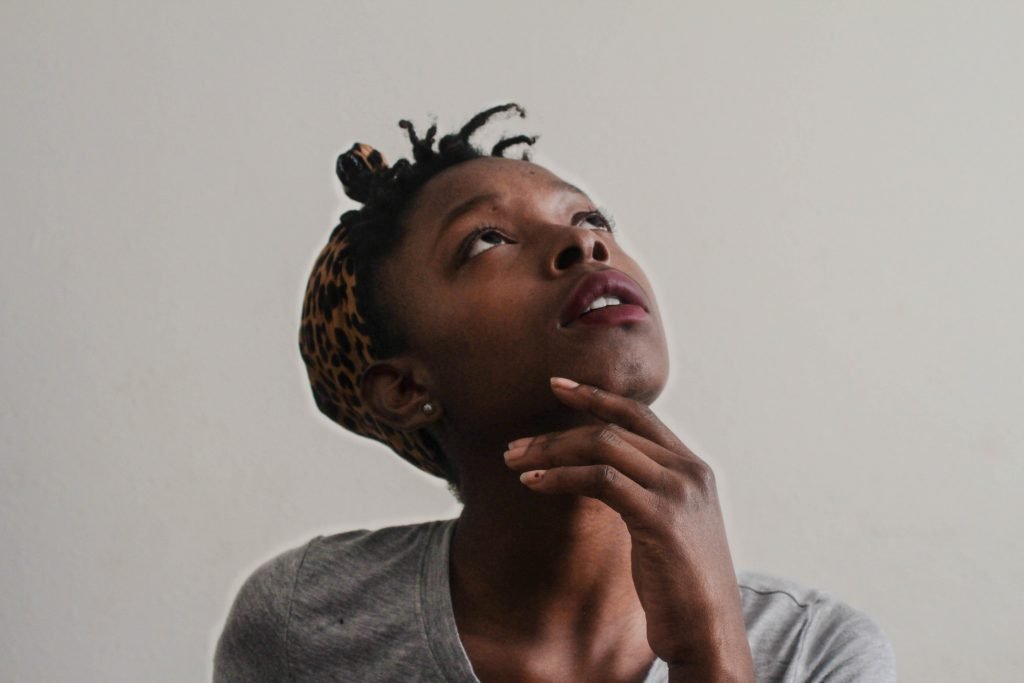 As a growing number of people turn to online self-help content as a way to reorder their lives, certain ways of understanding or reshaping your own identity are flowing in and out of popularity. At the moment, the idea of ‘introverted intuition’ (Ni) is the subject of lots of attention, particularly on social media.

But what exactly is Ni? Where did the concept come from? And will it help you to figure out who you are?

In this article, I’ll give you the lowdown on introverted intuition. We’ll look at what it is and how to recognize it in yourself, and how some people believe it plays an important role in their lives.

Then, with the help of psychologist Katie Woodland, we’ll cut through the mystery and myth of intuition and consider a different possibility. That rather than helping you understand who you are and how you work, labeling yourself in this way could limit your ability to change.

What is introverted intuition?

Distilled from the complexity of Jung’s work, the Myers Briggs assessment was intended to make self-psychological profiling easy for everyone. Briggs and Myers suggested that if everyone could define their personality type they’d be able to use it to their advantage; capitalizing on their strengths and embracing the differences between them and the people around them.

The assessment uses a series of questions to put together a four-letter code—and that code is your personality type. Each type is associated with specific characteristics, preferences, strengths, and weaknesses.

And introverted intuition is a trait associated with two personality types in particular: INFJ and INTJ.

It’s a ‘perceiving function’. It is, essentially, the cognitive ability to notice and make sense of patterns so that a plan emerges. Someone with Ni can effortlessly observe, reshuffle, and piece together complex information. All of this happens below the surface and the human experience of it is a ‘hunch’ or a ‘gut feeling’; an intuitive sense of the future.

Some people seem to have greater intuition than others, and it’s not unusual for intuition to be perceived as some kind of psychic ability. But actually, psychological research shows that all human brains are subconsciously processing loads of information all the time. It’s just that some people are more likely to notice or trust their intuition than others. A report by Thea Zander and colleagues, published in the journal Frontal Psychological, note that intuition becomes apparent when the perceiving person also experiences insight.

Insight and intuition have to occur together, perhaps simultaneously or in a constant cycle, in order for someone to be aware of those subtle cognitive perceptions and form some kind of future thought out of them.

When it comes to intuition and gut feelings, psychologist Katie Woodland says:

“Every single individual will have experienced this. However, not everyone chooses to follow those hunches. If a non-intuitive individual (or rather, someone who does not give weight to their intuition) has a hunch and the logical aspects of the outside world seem to contradict their gut feeling, they are more likely to ignore it.”

In contrast, someone who is intuitive is simply someone who does give weight to their intuition. In terms of Myers-Briggs personality types, those people would have the INFJ or INTJ codes, leaning towards introverted traits. Rather than being some kind of magic, intuition is the tendency to rely on ‘feelings’ and hunches. Woodland says “those who are deeply religious will call it faith, those who are spiritual may believe it’s the Law of Attraction.”

Whatever the label, intuition is available to all of us. Some of us are just more likely to live by it, or act on it, than others.

How do you know if you’re the Ni type?

According to personality type literature, such as the book Type Talk by Otto Kroeger and Janet Thuesen, introverted intuition characterized by a focus on the internal world. You look for abstract connections and symbols to represent relationships between your subjective internal world, and the empirical world around you.

If you’re someone who finds hidden meanings and notices signs in your environment all the time, you’d probably fall under the introverted intuition label. You might have a sense that you can predict the future; a deep confidence that what you believe will happen, will happen.

Actually, Ideapod’s Genefe Navilon has written about the signs of introverted intuition, so I won’t go into too much detail here. Instead, I’ve interviewed someone who identifies strongly with the experience of Ni, and believes that his intuition is one of the foundational blocks of his lifestyle and choices.

An interview with an intuitive introvert

Mark asked for his last name to be kept private. We spoke on the phone, and he told me that learning about personality types and introverted intuition has changed his life.

“I was never an outgoing person, as a kid and then into adulthood. People always told me I’d ‘come out of my shell’ eventually but it never happened. I liked my own company and kept myself to myself—I still do really. But I always had this sense that I could make things happen.

“Not that I had superpowers or anything but…I could tell what would happen in different situations, and I knew what my life would be like in five or ten years. Or at least I knew what I thought it would be like and I believed it could happen, and now looking back, it has happened. I guess the more time goes on, the more I can see my intuition in action because I can look back and know I was right about things.”

I asked Mark how this intuition plays out in his daily life, and he said that he ‘notices things’ constantly; images and signs that relate to big decisions he needs to make, and patterns that confirm thoughts he’s had in the past. When he talks about discovering personality types and the idea of introverted intuition, his voice lifts:

“It was like a light going on. It was this kind of knowledge about myself that someone else had researched and written down that made it acceptable for me to respect myself. I’d always felt bad for being shy or socially awkward, but suddenly I found all this literature that said my intuition was important, and people like me were valuable in our own way—I didn’t have to be loud and extraverted and I could ask other people to respect me for who I was.”

A quick look at the benefits of Ni

In general, the benefits—or positive qualities—of a person with introverted intuition, as agreed by pop psychology websites across the internet, include:

All of those traits could be highly positive in work environments, and for the wider world. But for Mark, it’s clear that the benefits of Ni aren’t just in his personal abilities. Instead, delving into the world of personality types gave Mark the permission he’d craved to value himself.

He found a new way of talking about himself and felt empowered to pursue a career in digital research that utilized his skills and, in particular, his attention to detail and capacity for noticing and interpreting patterns.

So if there is a value in the idea of personality type categories and introverted intuition, perhaps it’s just that. The very fact of having something written that validates the experience of people who feel excluded from society can create opportunities, confidence, and personal freedom.

Introverted intuition is a way of describing certain traits that seem to be common among people who share particular personality characteristics. But the problem with labels like this is that humans are complicated, nuanced, and can change.

Woodland points out that having these resources so readily available to us can have an impact on whether or not we take responsibility for our own actions and choices. Personality types, and the various categorizations that fall within them—including Ni— are, she says, “simply a way for someone to attempt to understand why they behave in certain ways, so they can figure out how they can fit into society and be accepted.”

And Woodland notes that placing labels on certain people and traits could be harmful, trapping us in cycles that we can’t escape from. “This is not to say that labels aren’t helpful in allowing effective treatment,” she says,

“They are. Understanding that a client is struggling with anxiety and is introverted helps me to create an individualized plan which takes into account how they are currently interacting in society. However, the most important thing about labels is that as we evolve, they change.”

The problem with theories of categorization, such as personality types, is that the way they’re communicated to the general public “misses this fundamental truth”—that if a label is fixed forever, with no awareness that people can and do change and become different as their lives and internal work go on, then that label can become harmful. It can become a limiting force; a restriction that prevents you from changing in positive ways.

It can become a justification for the behavior that holds you back in life: Oh, I have XX personality type and introverted intuition so putting myself out there and trying that potential new situation won’t work for me.

But Woodland suggests that putting a theory like personality types out into the world, and then saying, “but be mindful, this is not fixed and will change based on your continual personal growth,” is not profitable. Companies don’t drive enrollment into their training programs or persuade people to buy their books or lectures or equipment, by encouraging people to take responsibility for their own experience and accept that they will continue to grow and change for the rest of their lives.

So perhaps personality type categories can be more helpful if we reframe them. Instead of seeing them as fixed labels that dictate how we can and should live our lives and interact with other humans, we can use them as starting points for thinking about ourselves differently.

We all need a push now and then to view ourselves in a new light and embrace the things about us that we don’t usually like. If, like Mark, you’re someone who experiences self-doubt because you don’t feel like you fit in, then using personality type literature to see your personal traits as valuable and vital elements of society could provide the inspiration you need to love yourself a little more.

When you’re stuck in a pattern of putting yourself down, a different perspective can make all the difference.

But that different perspective shouldn’t necessarily become your only perspective. Learning about introverted intuition and other personality type traits could be an exercise in learning itself. A gateway to allowing yourself to consider the possibility that what you think of yourself isn’t always true.

In this article:introverted intuition, Ni type