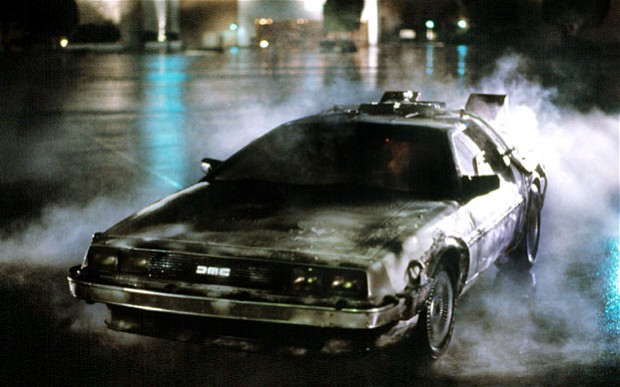 Ali Razeghi, a Tehran scientist has registered “The Aryayek Time Traveling Machine” with the state-run Centre for Strategic Inventions.

The device can predict the future in a print out after taking readings from the touch of a user, he told the Fars state newsagency.

Razaeghi, 27, said the device worked by a set of complex algorithims to “predict five to eight years of the future life of any individual, with 98 percent accuracy”.

As the managing director of Iran’s Centre for Strategic Inventions, Razeghi is a serial inventor with 179 other inventions listed under his own name. “I have been working on this project for the last 10 years,” he said.

“My invention easily fits into the size of a personal computer case and can predict details of the next 5-8 years of the life of its users. It will not take you into the future, it will bring the future to you.”

Razeghi says Iran’s government can predict the possibility of a military confrontation with a foreign country, and forecast the fluctuation in the value of foreign currencies and oil prices by using his new invention.

“Naturally a government that can see five years into the future would be able to prepare itself for challenges that might destabilise it,” he said. “As such we expect to market this invention among states as well as individuals once we reach a mass production stage.”

Razeghi said his latest project has been criticised by friends and relatives for “trying to play God” with ordinary lives and history. “This project is not against our religious values at all. The Americans are trying to make this invention by spending millions of dollars on it where I have already achieved it by a fraction of the cost,” he said. “The reason that we are not launching our prototype at this stage is that the Chinese will steal the idea and produce it in millions overnight.”