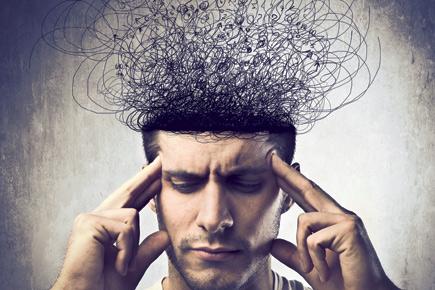 If you are thinking taking an IQ test to see how smart you are you might want to reconsider. According to to scientists there is nothing that can be defined as IQ.  It is all just a myth.

You may be more than a single number, according to a team of Western-led researchers. Considered a standard gauge of intelligence, an  intelligence quotient (IQ) score doesn’t actually provide an accurate measure of one’s intellect,  according to a landmark study – the largest of its kind – led by Adrian Owen of the Brain and Mind Institute at Western.

The study included more than 100,000 participants from around the globe, asking them to complete 12 cognitive tests looking at their memory, reasoning,  attention and planning abilities. It found a simple IQ score is misleading when assessing one’s intellectual capacity.

These findings were published in an article, “Fractioning Human Intelligence,” in the journal Neuron, last month.

“While there are different types of intelligence, they are all influenced by one, overarching, general intelligence.  And that’s what we essentially measured using something like an IQ test,” said Adam Hampshire of the Brain and Mind Institute,  who co-authored the paper. Hampshire noted this kind of testing is insufficient in measuring one’s intellect as it doesn’t take into account multiple factors and abilities – different kinds of intelligence.

As part of the study, researchers used functional magnetic resonance imaging (fMRI) techniques with one group of participants to show that  differences in cognitive abilities correspond to individual circuits in the brain.

“There are these multiple forms of intelligence and each form is in a different brain system,” Hampshire said.

Results from the study found that given a broader range of cognitive tasks, the differences in ability relate to at least three components of intelligence –  short-term memory, reasoning and verbal aptitude.

These three components combined create an intelligence, or “cognitive profile.” In other words, there is no single measure of intelligence.

Given the range of participants in the study, results also gave researchers new insight into how factors such as age, gender and the tendency to play computer  games can influence brain function. While age had a profound negative effect on memory and reasoning abilities, playing computer games helped certain individuals  perform better on tests assessing reasoning and short-term memory.

“My hope is that this (study) pens the debate back up on how we should conceive of and  measure human intelligence. We very often hear these comparisons (of intelligence) and it’s a terrible oversimplification.

People should be skeptical when they hear these reports of population differences in IQ; it shouldn’t be a unitary measure.

Examining the social demographic correlations in more detail will help to understand them better. The patterns need to be examined with a more detailed model,”  Hampshire noted.