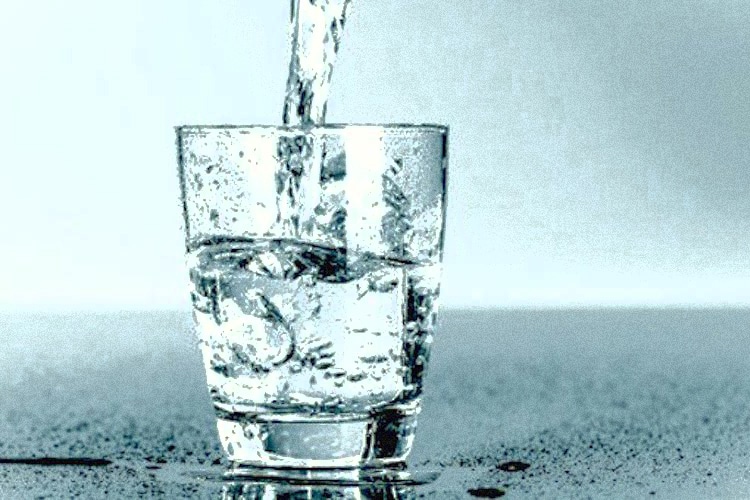 A small town in northwestern Iowa called Ida Grove has voted to end treating its city’s drinking water with fluoride.

The Ida Grove City Council voted to halt fluoride treatment in the city’s water supply, the Sioux City Journal reported. The move comes after city leaders and residents challenged whether the fluoride was effective at preventing tooth decay or presented health risks

A recent survey distributed through utility bills found that most citizens of the 2,000 population city didn’t support fluoridation, according to the clerk’s office.

Fluoridating water has long been debated across the country, and some opponents have argued that its health effects aren’t completely understood.

Fluorosilicic acid is the type most often used for cost reasons, and it is derived from phosphate fertilizers according to the CDC’s website.

The other two are created by adding either table salt or caustic soda to the mix.

Although if you bring up the topic of fluoride you are heavily ridiculed, the cited scientific research in this article will make you think twice. That maybe, just maybe a chemical does cause damage to the human body in numerous ways and is linked to several disorders affecting teeth, bones, the brain, and the thyroid gland, as well as lowering IQ.

To this writer’s knowledge, everything started in 1995 when Dr. Phyllis Mullenix Ph.D., a highly respected pharmacologist and toxicologist, found that rats who had fluoride added to their diet exhibited abnormal behavioral traits in a published study.

In 2005, a study conducted at the Harvard School of Dental Health found that fluoride in tap water directly contributed to causing bone cancer in young boys.

Based on the findings of the study, the respected Environmental Working Group — a non-profit research organization environmental watchdog — lobbied to have fluoride in tap water be added to the U.S. government’s classified list of substances known or anticipated to cause cancer.

After reviewing fluoride toxicological data, the NRC reported in 2006, “It’s apparent that fluorides have the ability to interfere with the functions of the brain.”

In another article by Scientific American, a study “Concluded that fluoride can subtly alter endocrine function, especially in the thyroid — the gland that produces hormones regulating growth and metabolism.”

The report also notes that “a series of epidemiological studies in China have associated high fluoride exposures with lower IQ.”

“Epidemiological studies and tests on lab animals suggest that high fluoride exposure increases the risk of bone fracture, especially in vulnerable populations such as the elderly and diabetics,” writes Dan Fagin.

Fagin interviewed Steven Levy, director of the Iowa Fluoride Study which tracked about 700 Iowa children for sixteen years. Nine-year-old “Iowa children who lived in communities where the water was fluoridated were 50 percent more likely to have mild fluorosis… than [nine-year-old] children living in nonfluoridated areas of the state,” writes Fagin.

Then the U.S. government finally admitted in 2015 that they’ve overdosed Americans on fluoride and, for the first time since 1962, lowered its recommended level of fluoride in drinking water, Mercola reported.

Even the Chinese have found that fluoride in drinking water causes damage to children’s livers and kidneys, according to an August 2006 Chinese study.

So is the anti-fluoride conspiracy global? Or maybe there is really something there to suggest that chemical waste is dangerous … go figure.

Interestingly enough, when digging I found a case in town where they found out the hard way that fluoride added to their water supply began corroding pipes and even damaging city vehicles.

In 2014, a report from the world’s oldest and most prestigious medical journal, The Lancet, officially classified fluoride as a neurotoxin — in the same category as arsenic, lead, and mercury.

Further, the EPA published a now-deleted document stating that fluoride is a chemical “with substantial evidence of developmental neurotoxicity.”

A study, published in the journal Environmental Health in 2015, found that states with a higher portion of artificially fluoridated water had a higher prevalence of ADHD. This relationship held up across six different years examined. The authors, psychologists Christine Till and Ashley Malin at Toronto’s York University, looked at the prevalence of fluoridation by state in 1992 and rates of ADHD diagnoses in subsequent years.

“States in which a greater proportion of people received artificially-fluoridated water in 1992 tended to have a greater proportion of children and adolescents who received ADHD diagnoses [in later years], after controlling for socioeconomic status,” Malin says. Wealth is important to take into account because the poor are more likely to be diagnosed with ADHD, she says. After income was adjusted for, though, the link held up.”

Another study in 2015 from the University of Kent suggests that fluoride in drinking water may trigger depression and weight gain by causing thyroid problems, Telegraph.co.uk reported.

Fluoride isn’t the only chemical to worry about in our water; in 2017, the Environmental Working Group, released a searchable database that shows almost 50,000 public water systems in the U.S. that are contaminated with dozens of harmful chemicals.

Some of the chemicals found in your drinking water include – arsenic, hexavalent chromium, radiation, chloroform, perfluorooctanoic acid, Bromodichloromethane, Dichloroacetic acid, Barium, and Uranium; and that’s just scratching the surface of the 250-plus contaminants the group discovered.

In 2016, the EWG found that two-thirds of Americans’ water is contaminated with the carcinogen that Erin Brockovich exposed – chemical chromium 6 or hexavalent chromium – affecting the tap water of more than 218 million Americans.

A 2008 study by the National Toxicology Program found that chromium-6 in drinking water caused cancer in rats and mice that were exposed to the chemical.

It’s been 20 years since the EPA last passed any new drinking water regulations. Regardless, it’s clear that municipalities have not been following the guidelines anyway.

If you’re in the U.S. you can check your own water supply by visiting the Tap Water Database, which allows anyone in the U.S. to enter their zip code or local utility’s name and find out what’s lurking in their local water supply.

Today, nearly 75% of the U.S. gets fluoridated water from community systems.

Today, nearly 75% of the U.S. gets fluoridated water from the community system. However, in the past five years, 74 cities have voted to remove fluoride from their drinking water, according to NBC. So the tides are turning against the elitists pushing for using an essentially slow-kill poison on the public. See FluorideAlert.org for an up-to-date list of countries and cities that have opposed adding fluoride to their water supply.

The first appearance of fluoridated drinking water was found in Germany’s Nazi prison camps. The Nazis had no concern at all about fluoride’s supposed effect on children’s teeth; their alleged reason for mass-medicating water with sodium fluoride was to sterilize humans and force people in their concentration camps into calm submission by dumbing them down. (Ref. book: The Crime and Punishment of I.G. Farben by Joseph Borkin.)

On the other side of the battlefield, in the U.S. fluoride was being tested in the Manhattan Project. According to declassified government documents summarized by Project Censored, Manhattan Project scientists discovered early on that fluoride was a “leading health hazard to bomb program workers and surrounding communities.” Now, fluoride is a chemical used in our water to keep our teeth healthy.

Does anyone else not see a problem with all of the evidence above? I’ll leave you with the song, “Water Crimes” by New Zealand rapper Trillian and a question.

Why do you want to poison me?

In this article:Fluoridating water, Ida Grove