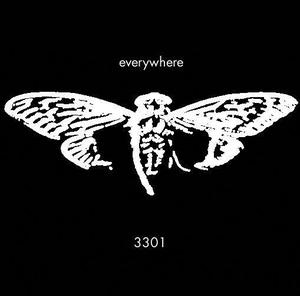 An unknown organisation has crafted a seemingly unbreakable code. Dropping clues in different locations in cyberspace and meat space. A knowledge of the esoteric, math, cryptography, and who knows what else has been used to delve deeper into who knows where.

One evening in January last year, Joel Eriksson, a 34-year-old computer analyst from Uppsala in Sweden, was trawling the web, looking for distraction, when he came across a message on an internet forum. The message was in stark white type, against a black background.

“Hello,” it said. “We are looking for highly intelligent individuals. To find them, we have devised a test. There is a message hidden in this image. Find it, and it will lead you on the road to finding us. We look forward to meeting the few that will make it all the way through. Good luck.”

A self-confessed IT security “freak” and a skilled cryptographer, Eriksson’s interest was immediately piqued. This was – he knew – an example of digital steganography: the concealment of secret information within a digital file. Most often seen in conjunction with image files, a recipient who can work out the code – for example, to alter the colour of every 100th pixel – can retrieve an entirely different image from the randomised background “noise”.

It’s a technique more commonly associated with nefarious ends, such as concealing child pornography. In 2002 it was suggested that al-Qaeda operatives had planned the September 11 attacks via the auction site eBay, by encrypting messages inside digital photographs.

Sleepily – it was late, and he had work in the morning – Eriksson thought he’d try his luck decoding the message from “3301”. After only a few minutes work he’d got somewhere: a reference to “Tiberius Claudius Caesar” and a line of meaningless letters. Joel deduced it might be an embedded “Caesar cipher” – an encryption technique named after Julius Caesar, who used it in private correspondence. It replaces characters by a letter a certain number of positions down the alphabet. As Claudius was the fourth emperor, it suggested “four” might be important – and lo, within minutes, Eriksson found another web address buried in the image’s code.

Feeling satisfied, he clicked the link.

It was a picture of a duck with the message: “Woops! Just decoys this way. Looks like you can’t guess how to get the message out.”

“If something is too easy or too routine, I quickly lose interest,” says Eriksson. “But it seemed like the challenge was a bit harder than a Caesar cipher after all. I was hooked.”

In this article:Caesar cipher, Cicada 3301, Cryptography