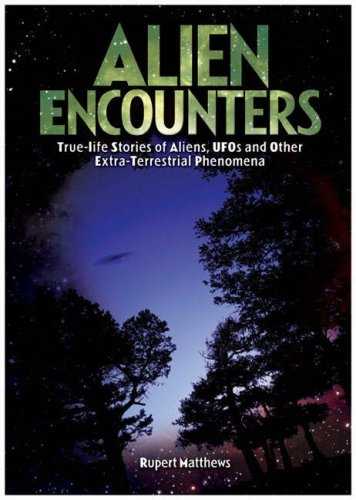 Could our solar system have any places besides Earth where life has developed?  And if life has developed elsewhere in the solar system, could it be intelligent?   Amazingly, according to author Rupert Mathews the answer is yes and there are at least two locations where alien life is still present today.  He claims that intelligent aliens reside underneath the surface of both Ganymede and Callisto which are Jupiter’s largest moons.  Mathews claims to have gotten this information from several high level NASA employees and professional astronomers more than a decade ago but he was uncertain on making it public until writing his new book Alien Encounters.  Although skeptical when he was first told about these alien lifeforms, Mathews became more convinced as more and more people told him the exact same information.  Mathews also goes on to state that he felt the idea of intelligent aliens living underneath the surface of both Ganymede and Callisto really got a boost when it was found and announced that both moons have subsurface oceans.
So what was Mathews exactly told about these aliens?  The following details is what he has published in his book Alien Encounters.
Both moons have the same species of aliens living on them.  The descriptions of the aliens match the classic “grey” aliens most often seen in reported sightings.  Very thin, short stature, large head with almond sized black eyes, and the ability to communicate telepathically (at least between each other).
NASA along with at least the Russian space program have been aware of these aliens for over a decade now.
Huge spaceships have been seen leaving and entering huge access doors concealed on the surface of both moons.
A radio signal and communication was established at least once between us humans and this race of aliens.  This scenario is detailed here and is the first direct contact ever made with an alien species:  http://snipr.com/25mkf88
The aliens generally arrange themselves similiar to a hive with one leader being guarded by the rest of the species.
These aliens regularly travel to Earth but they stay hidden underneath the oceans or stay cloaked the majority of the time.
So, can this really be true or is this just a great story?  Hopefully we will get some definitive answers with future probes or possibly a meet and greet with our alien neighbors.  As always, stay tuned everyone ………