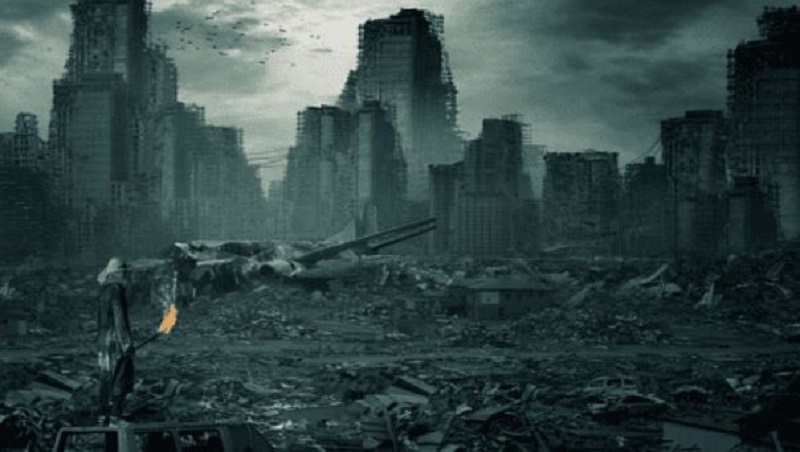 So 2022 is coming to an end. A year that will undoubtedly determine the further history of our country in the 21st century. Planet Earth as we know it will cease to exist, everything will change, chaos, hunger, disease, death will take their place and spread everywhere. We live in an unstable world that seems to have reached its limits.

Tensions are rising all over the planet as are war conflicts. Unfortunately, a world war in 2023 is now inevitable, the question is where will it break out first.

Will it be Serbia?

Serbian President Vucic this week put his army on “highest level of combat readiness” to protect Serbian areas in northern Kosovo but we don’t think Serbia will be the first significant flashing point, first because western European countries are desperate to avoid a second war in their backyard and second because there is a high chance that the Balkans will literally catch fire.

Regarding Serbia and Kosovo, the situation will further ignite in Serbia, involving Montenegro and Kosovo, however, it should not be expanded.

Will it be North Korea?

All hope for peace in the region is gone, and the North Koreans are getting more and more aggressive, North Korea has caught South Korea asleep, and a Swarm of drones has reached Seoul! In response, the South Korean military took off fighter jets.

But we don’t think North Korea will be the first country to start the war leading to WW3 in 2023, at least not now, the North Koreans were just trying to test South Korea’s defenses, and it seems they succeeded. North Korea is just waiting for China to invade Taiwan and then move against South Korea.

The “Taiwan issue” is the hot topic of these days, since China sent 71 planes and seven ships to Taiwan in just 24 hours.

When China decides to invade Taiwan, then the US and China will immediately be in a state of war with other, also involving countries in the region.

But we don’t think such a scenario will happen first, as there is another very big conflict that is likely to break out sooner. Where will this area be? Iran or Middle East. It could well be Middle East and perhaps start with Iran.

Netanyahu pledged that he would never allow the Iranians to build their own nuclear weapons, so he must decide, now or never to either take military action or live with a nuclear Iran. And Israel’s strike will not only be on the Nuclear facilities but it will be a total strike. Of course, if Israel launches an attack on Iran, the Iranians will strike back extremely hard. Once this war starts, it will be incredibly destructive and drag many countries into annihilation.

Meanwhile, we believe things in Ukraine are about to get even more cruel and destructive, Russian Foreign Minister Sergei Lavrov issued an “ultimatum” statement.

“Our proposals for demilitarization and denationalization of territory controlled by the regime, elimination of threats to Russia’s security emanating from there, including our new territories, are well known to the enemy. The point is simple: Fulfill them for your own good. Otherwise, the matter will be decided by the Russian army.”

There is a high chance the war in Ukrainian will end with bloodshed on both sides and with the involvement of one more country.

NATO could make a “move” against Russia, but then China will be activated and open a new front in the Middle East. Before China’ ‘initiation’, we could have a micro-turbulence in the area of ​​Serbia, in order to keep Russia busy.

The third part of the Great War may take place in the Eastern Mediterranean and 7 countries will be involved, something big will happen with Iran. The third part, may be accompanied by a great earthquake, as in prophecies.

In the Eastern Mediterranean, deadly naval battles could take place, and a Cyprus war will be fought at sea by naval forces of various states.

After all this you will have understood that we are on the brink of a world war of enormous proportions.

A US-China war is inevitable, but first we may see China helping Russia against the US and then the Chinese knocking back a war-weakened Russia.